“Why do people find you so fascinating?”

That’s the question Barbara Walters asks every year on her annual special. She began the show by looking back at the memorable moments and the people she interviewed over the past 20 years. The special started in 1993, and there were twelve most fascinating people—the two that tied were Hillary Clinton and Rush Limbaugh.

What made the special so unique was that she focused on entertainers, politicians, doctors and other people that exist outside of Hollywood.

She asked the toughest questions nobody thought to ask, from why Ginger Spice left the Spice Girls and what Beyonce thinks “Bootylicious” means, to whether Paris Hilton thinks she’s smart and why the Kardashians, really are, like, so fascinating.

As last night was the last special for Babs before she retires next year, it was her best one yet. Here’s which lucky ones made her final list: 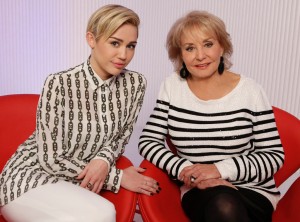 Ohhh Miley. It’s her second appearance on the special, way back in 2008 with brunette hair and Hannah Montana. She’s obviously proved that she’s not Hannah anymore—she can’t escape that VMA performance if her life depended on it.  Babs asked Miley why she’s always naked and sticks out her tongue. Miley said doesn’t always want to be naked. And she sticks her tongue out because—get this—she gets embarrassed? Come on. You’re in this business, and if you’re trying to get rid of the Hannah Montana image and, you know, mature, sticking out your tongue is the wrong way to go.

Mama Cyrus came on for a part of the interview, and just basically agreed that all 21-year-olds stick out their tongues and twerk.

Miley is also scared of being alone, which is why she just loooved wearing a fat rock for a few years. Babs retorted, “It’s called love”.

I don’t think Miley knows what that is, either.

Miley obviously has no regrets about her year, and it’s just what everyone predicted—to build her brand. Twerking is now a word in the dictionary.

Will and Kate’s little prince made his big debut in July and the world went gaga. He’s a reminder of his country’s history and points us to the future of his parents. BABIES ARE JUST SO FASCINATING.

AKA the guy who’s been listening in on your phone conversations and watching your Internet browsing. He hid in many places to find asylum, and he finally got his grant in Russia.

The show made famous for long beards, beautiful blonde wives and hunting ducks.

By the way, Phil was missing from the interview because he was hunting, but he just got ousted by the show for anti-gay remarks. #Awkward

…And why are they so fascinating? It’s an unlikely romance, taking place in a celebrity universe (her words, not mine). Apparently, the Kimye love story began when Kanye fell in love with Kim when Kim was singer Brandy’s stylist. On Babs’ list in 2005, Kanye said he wanted to get married, but wasn’t interested in dating celebrities. Kanye hated the press poking in his private life.

Kim is obviously the opposite. She has a “talent” for being herself and even dabbled in “acting” in Kanye’s latest music video (Imma let him finish, but James Franco and Seth Rogen do it wayyy better).

These are two people who thrive in the spotlight and are clearly meant for each other.

BUT WHYYY DIDN’T BABS INTERVIEW THEM?

I kept imagining the “Kim and Kanye” show with SNL’s Nasim Pedrad and Jay Pharoah. Now this is why they’re fascinating.

An anchor on Good Morning America, Roberts battled a rare blood cancer and a bone marrow transplant. She documented her entire journey and successfully returned to her day job.

The world’s BFF. 2013 was her year, and she totally deserves to be on this list. She tripped on her dress on the way to get her Oscar and is JUST SO NORMAL. In case you didn’t know, she plays the oboe and hates cilantro. She also thinks the word “fat” should be illegal. #WINNING

And the most fascinating person of 2013 is…. 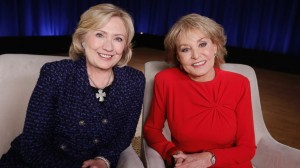 Hilary Clinton, who scored the honor 20 years ago.

Is Hillary going to run for prez? Well, I don’t know, but she knows there are a lot of issues we need to focus on right now. Also, Hillary just called Babs’ smile a SMIZE. 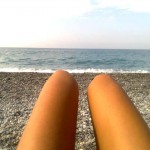 The 10 Most Entertaining Tumblrs of 2013 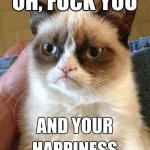