Nathan Rabin first used the term “Manic Pixie Dream Girl” in a review of the film “Elizabethtown” to describe a female character that “exists solely in the fevered imaginations of sensitive writer-directors to teach broodingly soulful young men to embrace life and its infinite mysteries and adventures.”

This term has taken on other descriptors, such as any female character that is bubbly, quirky, eccentric or romantic. For example, take Kirsten Dunst in “Elizabethtown,” Natalie Portman in “Garden State” or Zooey Deschanel in “500 Days of Summer.” All of these characters are considered MPDGs due to their quirky personalities and their association with gloomy young men searching for love.

In articles and movie reviews left and right, you can find critics condemning the MPDG character as nothing but a two-dimensional disgrace to women everywhere. They deem the creation of the MPDG as a result of lazy, sexist writers who are too engrossed in formulating the “idea” of a woman to create an interesting, complex female character.

I fit all of the notions and descriptors of an MPDG. I am vertically challenged; I play the ukulele; I love everything that sparkles, glitters and gleams; I break for birds; I listen to indie rock no one has ever heard of; and I’m a relationship junkie. To sum it up: I’m quirky.

Whether I became this girl as a result of these characters, or if MPDGs were created to reflect women like myself from years past, I’m still not sure. What I do know, however, is that I have absolutely no problem with being an MPDG.

Of course, I know that I am more than just an MPDG. I have sides to me that are harsh, rude and anything but quaint and quirky. And maybe that is what is wrong with the MPDG as a character in novels and films. Maybe she doesn’t always account for the other “sides.”

All I know is that I’m done letting fear of oppression oppress me. I’m sick of reading articles telling me that being quirky and having a boyfriend is bad for my femininity. I’m done with being told that expressing my sexuality will empower me, only to hear that doing so will actually objectify me in the eyes of men.

I want to get married and have a family one day. I want to wear pretty dresses and play covers of rap songs on my ukulele. I want to cover my walls in glitter and knit sweaters for my pets. I want to be a Manic Pixie Dream Girl. If wanting to be myself means I’m being anti-feminist, if that makes me sexist, then so be it.

I understand that the MPDG does not exemplify all dimensions, and I understand why she is deemed as a sexist tool used by male writers only to enhance their male characters. The MPDG, however, is real. And I do not care how empowered, successful and feminist you are, she exists in you, too.

This is not to say that you should not be the hero of your own story. MPDGs are often ridiculed for playing a supporting role. This is the root of the problem. It is not so much the quirky tendencies of these women, but the failure to put the woman embracing these quirky tendencies on a pedestal.

Let us, then, instead of deeming the personality demeaning, come to an understanding that these traits do not make a woman helpless. I may have MPDG tendencies, but I am still strong and successful, and I have no intentions of backing down from my success.

Are women oppressed in America? Yes. Does something need to be done about the way women are viewed in the media? Absolutely. But this does not mean that you have to throw away your personality. There is no reason that you should be fearful of your quirks. And there is no reason to let fear of oppression oppress you. 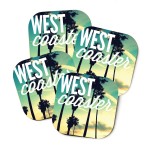 12 Days of Gifts & Giveaways: What To Get Your Friends (Coasters Giveaway!) 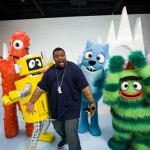 The Best Thing You Will See All Day: Biz Markie Is “Just Friends” With Yo Gabba Gabba