When I learned I couldn’t eat gluten anymore, I was devastated. No more pizza. No more mac and cheese. No more cookies. No more pasta. No more bagels. No more cupcakes. But, like, why was I so upset about this? I barely ever ate cookies and cupcakes… Same with bagels and bread. Occasionally, I would have a bagel after a night of drinking.. and I would maybe run into cookies and cupcakes on holidays and special occasions at work… but I had restraint. I would usually say no to the ‘bad’ foods. I never even participated in ‘Bagel Wednesday’ at work, which to me is crazy because they were offering me free bagels. But I was good back then. I just said no.

What I ate on a daily basis was yogurt, fruit, chicken, cottage cheese, and maybe some tortilla chips or pirate’s booty as a snack. All of those already gluten free. I even ate burgers without the bun (except for once in a while when out at a restaurant). But when I found out I wasn’t going to have the option of the bun anymore, I wanted the bun. I wanted to have bread. I wanted to participate in Bagel Wednesday. I wanted to have pasta during the week.

Without having to, I was eating almost completely gluten free (minus the granola bars and occasional kraft mac and cheese and pasta dishes). I was healthy and I was happy. But then I was told I wasn’t supposed to be eating gluten… and suddenly I wanted it.

So, like anyone else who finds out they have celiac disease or a gluten sensitivity, I set out to Whole Foods to see what I could get that was gluten free. I soon found out that most of my favorite every day foods were already gluten free, but I also found out about special gluten free bread, muffins, pretzels, bagels, hamburger buns, chicken nuggets, pasta, even mac and cheese! And although my old self would have stayed good and said no to such foods, my new self thought I had to have these foods because they were special and made just for me! 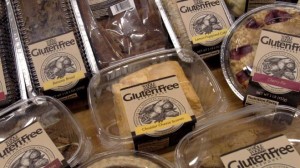 So I started buying these things. And I started eating these things. And eventually, I wasn’t completely healthy anymore. Sure, I was eating ‘gluten free’ (except when drunk because let’s be serious, a drunk girl can’t say no to pizza at 2am) and sure, I was eating quinoa pasta, cottage cheese, chobani’s, and fruit on the reg… but it didn’t stop me from eating a box of annie’s mac and cheese just because it was gluten free. I mean, like I said, it was labeled gluten free, so I felt obliged. 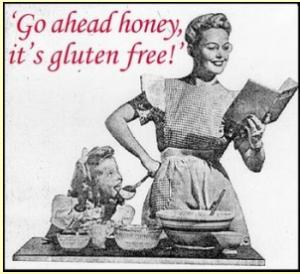 What I’ve learned: Just because something is labeled ‘gluten free,’ it doesn’t mean it’s healthy. I’ve gained 15 pounds since I stopped eating gluten, so I can tell you that first hand.

Gluten free bread has just about the same number of calories as regular bread… and same with mac and cheese… and cookies… and crackers. So if you’re thinking about going ‘gluten free’ because it seems like a cool, healthy diet, don’t start substituting all your favorite foods for gluten free versions. Just don’t eat them! Unless they were already gluten free in the first place.

I ate better way before I went ‘gluten free.’ So now, to get back to my healthier ways, I’m still going to cut out the gluten, but I’m also going to cut out the substitutes. I’ll eat what I ate before I learned about my allergy — with the occasional slice of GF toast and obvs some quinoa pasta, because that pasta rocks — I just won’t call it a ‘gluten free’ diet. I’ll call it being healthy… at least most of the time (vodka, pizza, and fries are sometimes needed). 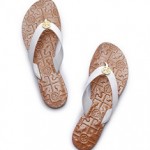