‘Closure,’ to me, is an excuse to keep in contact with someone that you just can’t let go of. Think about it. Does the person who did the breaking up ever look for closure? No. That’s because when they ended the relationship, they ended the relationship… But the person who got broken up with is usually shocked (even though after a while they will soon realize that ‘love’ made them oblivious to the fact that it just wasn’t working) and needs closure in order to survive the heartbreak.

So they start calling and calling their now ex to only receive his or her voice mail every time… and even though any normal person would realize ‘this person clearly doesn’t want to talk to me‘, a lovesick person doesn’t and continues to call. ‘How could she not want to talk to me?’ ‘He told me he loved me last week!’ ‘I’LL CALL AGAIN.’ 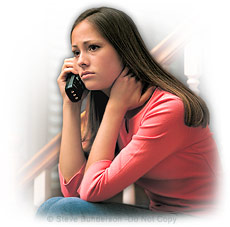 Soon enough, you’re resorting to text. You’re sending Facebook messages. You’re talking to friends of friends of friends of their friends to figure out what they’re doing tonight. You’ve absolutely lost it. And you refer to this process as ‘trying to get closure.’

Sure, there are times you get the ‘closure‘ you’re looking for… Perhaps you go out for pizza and listen to all the reasons why someone doesn’t want to be with you. Perhaps you have a long phone conversation talking about all the good times you had in the past and how you should ‘stop fighting’ and ‘be friends.’ Perhaps you have unreal breakup sex (like, why wasn’t it this good when we were dating?).

But let’s be serious. Did you need to do any of those things? No.

1. Listening to reasons he or she doesn’t want to be with you will just make you depressed. You might even think if you change each one of those things, they will want to get back together with you. However, whatever reasons they tell you are probably lies. He most likely met someone else. He most likely doesn’t love you. He most likely never loved you. But he’s not going to tell you that.. I mean, maybe he will – I’ve seen a few instances where that’s happened. But guess what – you’re definitely not going to believe him.

2. Why dwell on the past? Sure you’re bringing up the good times instead of screaming at each other… but guess what? It’s over. Move on. Learn to live without him or her, and find other people to have good times with. Sorry to break it to you, but you can’t be friends. At least not right away. One of you will eventually want more (unless you are both completely over it – but by then, you probably will have no interest in reuniting as friends). For now, you may think showing your ‘understanding, nice side’ will make him want you back, but why waste your time if he just told you HE DOESN’T WANT TO BE WITH YOU? Don’t read into everything he or she says… Take it for what it is. And if fate brings you back together later in life, then so be it! But don’t count on it…

3. Sex? Seriously? I don’t care if it was ‘breakup sex’ and I don’t care if it was ‘awesome,’ but if someone just broke up with you, why in the world would you go back and have sex with them? Even kiss them? By doing this you are slowly becoming powerless and succumbing to you ex’s evil plans. They don’t want to be with you, but they want to keep you around. Great sex isn’t going to lead to a comeback relationship… it’s going to lead to your ex thinking ‘Wow – the sex is better post-breakup. I guess we definitely weren’t meant to be together!‘ and ‘I don’t need to date her to have sex with her! Winning.‘ You, on the other hand, will be left thinking ‘I need them back! I forgot how much I missed them until we hooked up again!‘ Why do this to yourself? It’s not worth it. Really.

So did your ‘closure’ actually work? No. All it did was 1. bring your ex back in your life furthering the moving on process… and 2. make you look like a moron. How much trouble did you have to go through to get this person to TALK to you, nevermind see you? I mean, they clearly didn’t want to be talking to you in person, on the phone, or through text… So why force it? It just makes you look desperate. 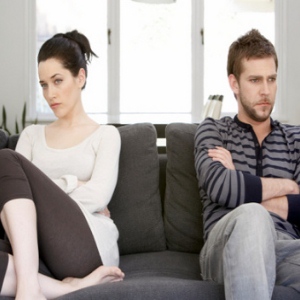 When something ends, it ends. And if the two of you get back together, you get back together (what’s meant to be will be). But turning into a ‘psycho stalker’ (even though you’re not stalking… you’re just trying to get closure – duh) is just going to make your ex dislike you. Oh, and if you were never even officially dating this person you tried to get ‘closure’ from, you shouldn’t be going through this. Find someone who WANTS to be with you. They’re out there. Believe me. For now, enjoy the fun of dating and doing your own thing. You’re in your twenties. It’s the perfect time to be single! NOT the perfect time to chase around someone who doesn’t want to be with you…

Miss The Show Last Night? The Oscars In 2 Minutes: