It was freshman year of high school that I decided that I wanted to run track. I had no running experience whatsoever, but my inability to dribble or hit balls gave me few options. I remember kicking off my athletic career on the first day of track practice by running a timed mile. I was greeted by 2nd to last place and the embarrassment that came with walking half of it. Needless to say, my first year and a half of outdoor track and field was spent avoiding running by throwing shot-put, disc, long jumping and running the occasional relay race that I always sucked at.

The end of sophomore year brought about a curious interest in racewalking, which not only looks rather silly, but is painful to boot. By senior year I had not only escaped almost all running events, but I repeatedly placed top 5 at the upper division State meets, was a team captain, and set a school record (which I lost at the State meet my senior year-can’t win um’ all kids.)

You would think that I would have jumped right into college track, but I knew there was no racewalking at my college so I didn’t look into it. Junior year of college brought about a short stint of heavy partying followed by a wake-up call that came about while experiencing feelings of envy while watching the track teams at practice. A coaching class that I was taking that winter was taught by the women’s track coach, who saw me run one day and suggested that I come out for the team. I figured that the only way to learn how to really run was to not give my self structure and eliminate the option to say no.

I ran two seasons of indoor track and two of outdoor track. Three seasons were spent running 200m and 400m races and my final outdoor season was spent training for the 800m run. I was okay at the races, but certainly no record-setter. Though I enjoyed the shorter races because they were shorter, I probably would have been most successful with the 800m, but college ended too soon for me to explore that race. It wasn’t until my organized track and field days were coming to a close that I realized that mid-distance running (the kind of running I was scared of) was where my niche was all along.

These days I try to run every day when the weather permits. I have a 3.5 mile loop I like to run most days during the warmer months. During the colder months I choose to divide my time between weight lifting and light to moderate running mixed with other cardio exercises. I have only run two 5k races since college graduation, but I ran better times than I would have ever imagined based upon how I ran in college.

I wouldn’t take back all of those years of running (and fear of running), but there are certainly some things about track that I miss and don’t miss.

-The feeling of spikes on an outdoor track, running races at sunset, removal of my jersey after a race

-Being on a team. Spring training in FL, bonding with teammates, traveling, cheering on others, structured workouts

-Having foam rollers readily available, the indoor track when it was too cold to run outside

-Having a great coach

But now I can:

-Tailor my workouts myself-work towards my running goals on my own time, modify my diet accordingly (which was hard when fatty cafeteria food was my first option). I am my own coach!

-Split my exercise time between running and weight lifting

-Not be instructed to go sit in the whirlpool!!!! (I hated the damned ice bath)

-Wear even more unflattering spandex with no shame

-Be confident when I give running advice to friends

-Be even more confident that I have a solid base of running to build upon (I have no plans to stop!)

-Run faster than I ever did in college.

The moral of this story is that the journey ( and glory, mess, fear, triumph and frustration) that comes with running hopefully isn’t over just because college is finished. Use the knowledge you gained previously to build on. Like any other obstacle we face in our twenties-you can. 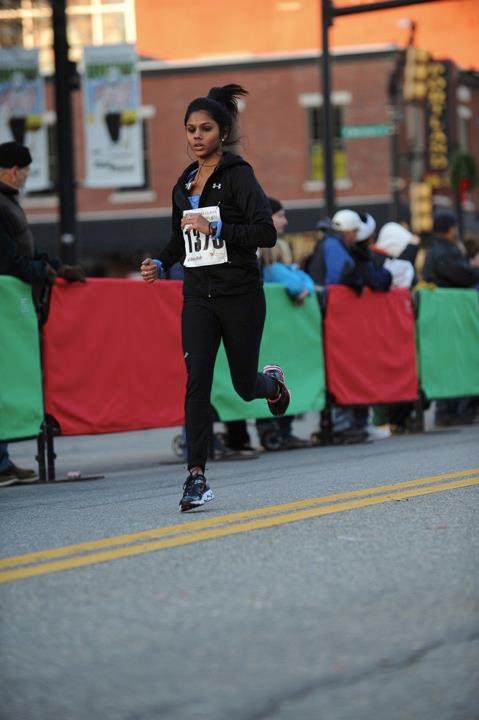 Alternatives to the 9-5: Launching a Business

Does Moving In With My Boyfriend Make Me Old?