Kate Hudson has always been my girl.

I’ve loved her since her raw portrayal of the sluttiest groupie ever, Penny Lane in “Almost Famous.”  I think she’s kind of everything when it comes to Hollywood starlets;  she’s vulgar, she’s practically non-controversial, she’s flat-chested enough for me to not be jealous, she’s obviously a box blonde, and she’s petite enough to look good in Ugg boots and a mini-skirt for me to actually be jealous.  Literally, all boxes are checked for the requirements of being one of my favorite Hollywood leading ladies.  Love that bitch.  Let’s also not forget the fact she’s birthed two children by hot rock stars.  You go, girl.

Anyway, I’ve always considered Kate to be the American equivalent to my other home girl, Gwyneth Paltrow.  I know, I know, Gwyn is American, but not technically, since she now lives in jolly ole London.  Basically, the two are blonde and remarkably unremarkable in American cinema unless you care enough to observe a Givenchy or Tom Ford moment.  Also, they’re both daughters of Hollywood royalty, but that’s neither here nor there.  I think it’s unfair to put pressure on the offspring of celebs (I mean, is anyone expecting that illegitimate daughter of Pauly D to amount to anything other than a Hooter’s Girl?  REALLY GUYS), but I’ve always had a soft spot for both Gwyn and Kate, and mostly Kate.

Alright, whatever, she did some good shit and managed to look cute and un-hateable while preggo.  I thought she was settling into the role of Hollywood housewife, until recently, when she gave an interview for Bazaar and totally pissed me off. 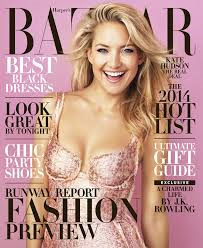 Kate looked absolutely flawless (of course) on the cover in a little pink sequin number by Lanvin.

Despite donning a designer  dress on the cover (oh, and on the subscriber’s cover; Kate wore Givenchy by Riccardo Tisci), Hudson insists she “cant afford” to buy the designer gowns she models for cover shoots and red carpet events.  Kate divulged to readers that there are only “certain things” she splurges on, “but it’s very rare.  Especially when you have two kids [sons, Ryder (9), with Chris Robinson, and Bingham (2) with fiance Matthew Bellamy] and school tuition.”

I wanted so badly to empathize with poor Kate, who hasn’t made a movie in almost nine years, but then I realized she also comes from millions of dollars, and is engaged to a rock star (her fiance is Matthew Bellamy of Muse).

Katie, darling.  I know you’re trying to appeal to the lowest denominator by caring about fiscal issues, but, you’re never going to actually get it.  I understand you haven’t become Jen Aniston (because NOBODY EVER WILL), but you can’t exactly scream poverty when you’re gracing the cover of some pretty fucking major magazines.

Is anyone else as annoyed that Kate is trying to act like the every-day PTA mom?  YOU KNOW that bitch is still catering her room mom duties from The Ivy, and there’s a zero-percent chance she’s letting Ryder slum it at a birthday party with a bounce house in Calabasas, WHICH IS FINE.  I just don’t understand why she feels such a need to act so humble.  She’s Kate Hudson, for fuck’s sake.  She was wearing Ugg boots with a mini skirt before Australia had finished slaughtering half of it’s sheep stock.

Listen, Kate, if you’re reading this while you’re clipping coupons for Barney’s (THAT’S A TRICK QUESTION, BY THE WAY, BARNEY’S DOESN’T HAVE COUPONS, SO STOP NODDING INTO YOUR NON-FAT VENTI NOW), just get your shit together and become a little more out of touch again.  You’ve always been my favorite slightly boho, slightly normal, flat-chested(ish), questionably mega-slutty Hollywood starlet, and I just wish you would stay that way. 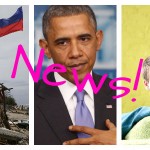