“I’m afraid she will think I’m a creep.” You have no idea how many times I’ve heard this phrase come out of a guy’s mouth.

Guys think that girls assume they’re creeps without even giving them a chance.

“It’s hard to meet a girl anywhere,” my friend said. “You can’t just walk up to a girl and try and start a conversation with her without her saying you are a creeper.”

I started to think about this statement. I was certainly guilty of this myself. If I caught a guy looking in my direction at a bar I would whisper to my friends and point him out. Or if a guy tried to dance with me, that certainly made him a creeper.

The most ironic thing is that if a guy didn’t pursue me I certainly would not approach him. I don’t have the nerve to go up and talk to a random guy let alone start dancing with him.

I decided to put myself in the shoes of the man. You’re a decent guy and see a few pretty girls sitting at the bar. You know you want to talk to them, but how? You can’t just walk up to them and introduce yourself… that’s awkward. Any kind of pick-up line is out. So, what is a guy supposed to do?

I decided to be a guy for a night. Recently, I was out with a few friends at a bar. The minute I walked in I started surveying the guys. I saw a few I found attractive. The wheels in my head started to spin. I wanted to go start a conversation with one of them but had no idea how to do it.

Should I just walk up to him and introduce myself? No. Thats dumb because after the introduction, what do you say? Hmm….Maybe I should tell a funny joke. What? I don’t know any jokes. Should I offer to buy him a drink? Wait. That doesn’t work I’m broke and secretly hoping that a guy will offer to buy my next drink. Damn. Guess I’m going to just have to sit on my stool and hope he comes to talk to me.

I quickly found out that I did not like being a guy and having to do the job of pursuing. It’s hard work!

As the night wore on I proceeded to take the more subtle approach of getting a certain guy’s attention. I started staring. I didn’t realize it at first until the guy I was ogling caught me. I turned five shades of red. Eventually after he caught me staring for the fifth time he came over and I introduced myself.

I ended up getting his number that night. 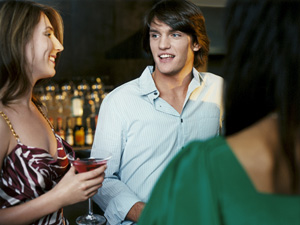 I now know that I suck at meeting guys in public. I’m way too awkward. I’ve decided to let the guys do the pursuing. I’ve also decided to give guys a break and not immediately categorize them as creepy as soon as they start a conversation with me.

After my pretending to be a guy I started to realize that I should give guys the benefit of the doubt.

In my opinion, in the dating world guys often have it harder than girls. They must do all of the pursuing.

Girls expect guys to ask them on the first date. We expect them to call us first. We expect them to ask us to marry them… And so on. I realize that this is not always the case. Times have changed and women have started to do some of the asking.

I believe our generation is a bit confused when it comes to our roles in the dating world. Women are now much more independent and men sometimes do not know how to handle this.

If I could give a word of advice to the ladies:

Years ago men were the ones doing all the pursuing. It’s natural for a man to want to pursue a woman. I believe that somewhere inside of us all, women want to be pursued.

So, women – let the men pursue. And men – don’t be afraid. Trust me… Not all girls are going to think you are creepy. 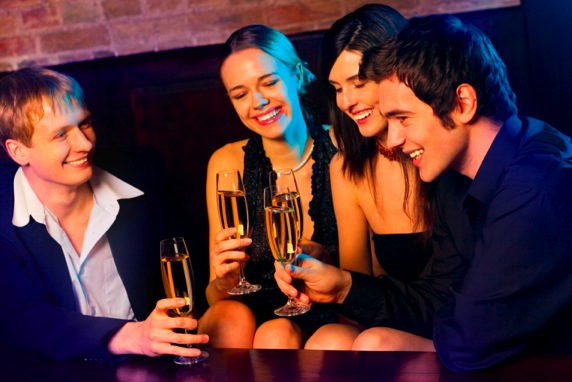 I am a freelance journalist who loves meeting people and asking lots and lots of fun and interesting questions.

Things That Piss Me Off At Work