Since I’ve graduated from college (2 years ago to date), I’ve been asked what my “five-year plan” is, and I used to have a really solid answer: finish my Master’s degree, start teaching at a community college, find a guy who is marriage material, get married, buy a house, and find a full-time teaching job, and start working on a Ph.D. That was my five-year plan, until recently. I’m graduating with my Master’s degree next month and I realized that I don’t want to teach, at least not right now. The job market for English professors is bleak at best, nonexistent at worst. Getting a Ph.D. right now in English is useless. I’ve been told that I won’t get a job right away and that I’ll be in debt by at least another fifty grand. No thanks.

Then I was told to “make a one-year plan.” What the hell is a one-year plan? So I tried it. I said to myself, “self, you will graduate and find a job as an editorial assistant in NYC, and move out of your parents’ house.” That was my one-year plan as of January. I sent out no less than fifty job applications to editorial and publishing assistant positions in NYC and my home state of New Jersey. It’s now April and I’ve heard nothing. Four months into the one-year plan and it’s not working out.

And then I came to the conclusion that LIFE DOES NOT CARE ABOUT MY FIVE-YEAR PLAN OR MY ONE-YEAR PLAN. Life doesn’t care if I want to be a best-selling novelist or move to Boston or marry Tom Hiddleston. Life. Doesn’t. Care. This was my epiphany.

The greatest things in my life have come unexpectedly, and I have to believe that this is how life operates. I don’t have control over whether someone wants to hire me or not. I can tweak my resume, be charming in an interview, write a beautiful follow-up email, and still not get the job. That is how life works, my friends. This is why I am ditching my five-year plan, and all other plans, and taking life as it comes. I’m not throwing in the towel or giving up; I’m simply accepting the fact that I don’t have control over everything.

I will apply to all different kinds of jobs, and when someone finally gives me an offer, I will believe that that is where I am supposed to be. If that means moving to California or Florida or DC or East Jabib, then I’ll do that. If it means living at home for another  year or two, then so be it.

I will go on dates (if I’m ever asked) with people whom I normally wouldn’t even consider for stupid reasons. I will end with who the universe wants me to be with. Or I’ll end up on my own, which is not a terrible thing, either. Everything will work out the way it should.

Plans, no matter one, five, ten, twenty years, never work out exactly how we want them to because life doesn’t care. You wouldn’t walk into an interview and say “I need this job because my five-year plan demands that I work for your company.” One, who does that? Two, that makes you look inflexible. The same goes for a date: You wouldn’t go on a first date and say, “You are part of my five-year plan because I need to get married to a bank executive between the ages of 25 and 30 who has no kids and likes long walks on the beach.” You would sound crazy. Why do we design these plans? More often than not, they only set us up for disappointment (i.e. Me not getting a job in publishing).

Now, I could continue to relentlessly send applications and resumes to publishing companies in NYC because my five-year plan says so. OR I could ditch my five-year plan and see what else is out there for me. If I have to wait tables or answer phones for a few months or a few years, then I will. I won’t sit around waiting for Penguin Publishers to call me with an incredible offer, refusing anything else. See how silly that sounds? Lots of people do it.

My new “plan” is to take life as it comes. If life offers me something that I don’t expect, I won’t say no. Twenty-somethings, we don’t live in the time of our parents when jobs were abundant and it was a “buyer’s market” where job seekers were the buyers. We can’t afford to turn jobs down because it’s not our dream job. We shouldn’t turn down a date because he/she doesn’t meet all of the qualifications on a checklist. We have to take life as it comes. We have to be open to whatever comes next.

I’ll be hashtagging #ditchthe5yearplan on twitter with more tips, quotes, and inspirations for ditching the plans and opening ourselves up to what life has to offer us. 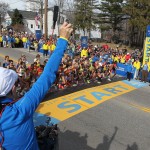 9 Reasons Why Marathon Monday Was Awesome 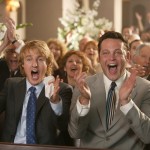