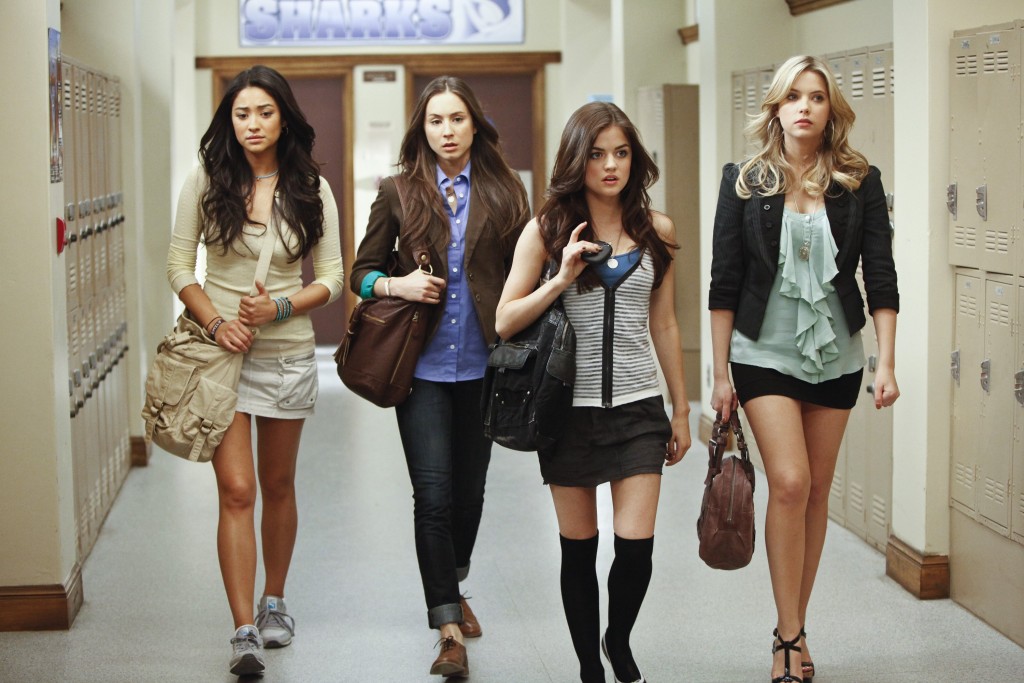 I watch a shit ton of TV. Like, some would probably argue that I watch too much TV and that I have a problem, but to them I say you’re wrong and go away. When it comes to the types of shows I watch, my interests are literally all over the place – dramadies about prison (OITNB), sitcoms about nothing (Larry David, my man), dramas about affairs (well, this is obvious: The Affair, my favorite), sitcoms about Mindy Kaling, I really will watch and enjoy anything. But while I’m really into critically acclaimed stuff (Mindy falls under that category you guys, don’t even start to argue), I have this deep infatuation for dramatic TV shows about high school students.

It all started in 2003 when The O.C. decided to grace us with it’s presence. I once thought this show was my jam because I was in high school and they were in high school, so why wouldn’t it be my jam? But then one day I was an adult in my late-20s whose favorite part of the day/week/month/year was watching a television show about 16-year-olds. In other words, I became over-the-top obsessed with Pretty Little Liars. And that’s not the only teen drama I have fallen for after graduating high school.  There’s One Tree Hill, which stuck around in college. There’s Friday Night Lights, which I recently binged. There’s Gossip Girl, which I literally just binged the other month, as in I watched the entire series (six seasons) in one month. And, of course, there’s still The O.C. because it’s on Hulu now and I’m already on season 4 (again) and I’m sure when I finish, I’ll re-watch it (again).

Anyway, as you can see, I have an odd obsession with teenage television, which kind of makes me an expert in it, no? Through my studies, I have developed many questions about these TV shows though. I mean, the older I get, the more unrealistic they seem. It’s like, why are these teenagers more adult than me – I HAVE NO IDEA, AM I DOING SOMETHING WRONG?

Here are 8 things I don’t understand about high school based TV shows.

1. How and why does everyone just walk into each other’s houses, and then into their rooms?

Like, why are guys always waiting on girls’ beds, usually in the dark? How did they get in the house? Why did they go up to the bedroom? Why didn’t they decide to wait downstairs… or leave? Why didn’t they turn the light on? I just don’t get it. First of all, my parents were literally always home when I was in high school, and in the rare one or two times they weren’t, it was a whole secret mission to get a friend into my house and then get them out. No one would ever show up unannounced, AND IF THEY DID (which they didn’t, because people called and/or texted before wasting time showing up at someone’s home) my parents wouldn’t have let someone in and told them to ‘make themselves at home’ even though I wasn’t home. Rant over.

2. How does everyone stay so thin?

Literally, do average-sized people not exist in this faux-world created by the television gods? Because not only are there no large people in these worlds, there are no average people. Literally, everyone walking the halls of this high school is thin, in shape, and attractive. Where are the normal people at?

But really. Breakfast, snack, lunch, snack, dinner, snack, bag of chips before bed, you know, the usual. Don’t these people follow a regimented schedule of eating all the time in order to exist as a person? I mean, come on. You’ve got teenage boys with ~raging hormones~ who play sports and stuff. You’re going to tell me they’re not making pit stops at McDonalds after practice? And what about the girls? They’re not binging on nutella while sitting on the couch watching Netflix, stalking people on social media (do kids do that anymore, I HAVE NO IDEA)? Why can’t we see these people eat, like in every scene? It would make television much more realistic.

The O.C. is hilarious because in season 4, all of a sudden you’ve got Ryan running and doing abs on the beach and Taylor going to a ‘home gym’ in Summer’s house. But it took 4 seasons to see that these people were normal and gave an hour to the gym at least 3 times a week like every week. I mean, nevermind the fact that literally every teenager on television is thin and fit, this is like a normal teenager thing to do. There is no way everyone on Gossip Girl was so god damn fit, but never went to Soul Cycle or barre class or Equinox. It just doesn’t make sense.

5. Why is everyone beautiful?

Thin and fit – fine. But you’re going to tell me all of these high schoolers at this fake high school are attractive and well dressed? You’re going to tell me that all of these kids popped out of bed with no problem at 6am to spend an hour or so doing their hair and putting on fleek AF (can I say that?) outfits to arrive to school at the crack of dawn (because that’s when high school starts, remember) looking fresh as f*ck? I realize times may have changed, but I highly doubt girls are wearing stilettos to english class.

6. Do these people ever just sit on their computers/tablets and stalk people on social media?

Why does no one have any chill on teenage dramas? I mean, literally, I spend 70% of my time sitting on my computer doing nothing. Why don’t these people spend even 5% of their time sitting around doing nothing? They never take their pants off, binge watch a TV show on Netflix, and scroll through an endless black hole on Instagram? Because they totally do.

7. Why does everyone only apply to one college?

This is an important question because … WHY? No one applies to just one college. What if you don’t get in? Why do these people not have safety schools? Why are they not interested in a bunch of schools? Honestly, is it a secret way to get the students to stay in their hometowns forever so they show can go on after they don’t get in? This is a cool way to keep a series I guess, but wtf.

I’m speaking for all the shows currently on TV. Snapchat is a way of life in high school right now. Why is it not involved on these shows? WHYYYYYYYYY. 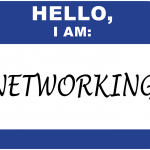 The 7 Best (and Unexpected) Places to Use Your Elevator Speech

How Millennials Are Becoming the New Face of Climate Change