According to my 14 year old brother, Facebook isn’t cool anymore. No one posts statuses. No one ‘likes’ things. No one writes on walls. No one messages people. Kids barely even go on Facebook anymore. To them, Facebook is just something they always had growing up. It’s not ‘cool’ — it’s just there. To us, though, Facebook is something entirely different.

I got Facebook my senior year of high school in 2005 and from there on out, it was a serious love affair. From friending all these randoms I would be going to college with in the fall… to coming up with clever names for photo albums… to finally belonging to the ‘Ithaca College’ network because I had an official school email… it was all so ‘cool.’

Throughout college, I spent the majority of my time refreshing my newsfeed, stalking pictures (we would literally search for people in the background of pictures from parties we either went to or missed), putting up my own pictures, and eventually crafting statuses for everyone’s entertainment (if you don’t remember, there was a time before statuses and the like button existed). I spent probably half my day (if not more) on Facebook — whether I was actually on the computer or checking it from my phone (that is, when I actually got Internet on my really cool flip phone). Facebook wasn’t just the way I accessed my friends… It was my friend.

But 125 albums, 8039 photos, and 2918 tagged photos later, Facebook isn’t cool anymore. I used to wonder what would happen when I was older. I figured I would have far too many pictures for Facebook to handle and I thought it would be weird if I was still sharing my life at age 30+ with over a thousand random people (well, most are random) that I became ‘friends’ with years ago. But I don’t really have to worry about that now. After graduating college, the amount of pictures I put up on Facebook decreased drastically and the amount of wall posts I wrote became nonexistent. At first I thought this was because I was getting older. I thought I was becoming too old for the nightly recaps told in 100+ drunken photos. I thought I was too old to name a photo album after a really cliche rap song. I thought I was too old to write a joke on a friend’s wall. But now I realize it’s not ME that got old (even though I certainly got a bit older)… it’s Facebook.

As we (20-somethings and Facebook) grew up, so did phones, cameras, social media, and technology. We now use our phones to take pictures, so we don’t see the point of taking an extra camera out as well. And since we’re not going to take a million pictures on our phone, we’re not going to post a million photos to Facebook. We also for some reason feel the need to Instagram every single photo we take, and since we can’t actually Instagram every photo we take (that would be way too time consuming and way too annoying), we don’t put every picture we take on the Internet anymore. Sure there are times when a ‘real’ camera is necessary and times when phones capture a multitude of pictures that must be uploaded to Facebook immediately, but that doesn’t seem to be the case much at all anymore.

New pictures aren’t the only thing almost absent from Facebook pages anymore. Kids these days use Twitter to get their message(s) across, so there’s no writing what you’re doing in a status anymore — never mind the fact there’s no writing what you’re doing in a really cool away message anymore. Kids don’t even write like this – ‘HeY eVeRyOnE’ and they don’t abbreve like this – ‘LyLaS!’ They are weirdly mature. They don’t even 143 people… they just want to, like, hook up and send snapchats to each other, which I don’t even want to know what kind of snapchats they could be (slash are) sending. They video chat with friends by way of iPad, iPhone, Skype, etc and probably use other websites and apps that I don’t even know about. Wow. I sound old.

So just like AIM went out of style, is that happening to Facebook? Or has Facebook just become this thing that will always be there? Is Facebook becoming – dare I say it – the phone book of the 21st century? I still am slightly sketched out when I meet someone who isn’t on Facebook, but I understand there are some people who just want privacy… just like people thought about phone books back in the day.  I still use Facebook to see what old friends (and current friends) (and randoms who have bizarre and/or interesting lives – let’s be serious, sometimes you just need to stalk) are up to. I still post statuses and links to Facebook when I feel as though I have something funny/important to share (this article being one of those things). I still post pictures. I still message people I wouldn’t text and/or email. And I still partake in the occasional ‘FB chat convo’ because it’s easy.

The verdict: Facebook is still useful to us (20-somethings)… but it isn’t cool anymore. It’s not a stylish accessory – it never was. It began as a right of passage into the four drunken years that are college and grew into something most people just have and wouldn’t know how to function without. But one day soon, will Facebook join the ranks of AIM, Napster, Limewire, and phone books and be a thing of the past? Will there be another website, app, or interface where our information is showcased or will the fact we publicized ourselves be looked at as ridiculous in years to come?

Seriously, 20-somethings, what are your thoughts? We used to be the young people in charge of what’s cool and what’s not… but now that we aren’t, what do you think about the future of Facebook? 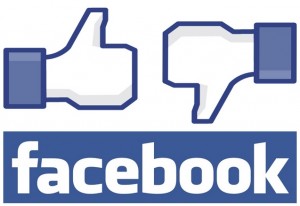 The Man Who Cried Murder…or the Female Who Cried Flirt?: HIMYM Recap