Ring pops: Food that involves jewelry? Yes please. As eight year olds, it was the closest we were going to get to an engagement ring… so we loved it. The only problem with ring pops was that they made your hands extremely sticky. As in sticky to the point where I can feel the stickiness on my hands right now and it’s been years since my finger has had one attached to it.

Dunkaroos: This snack introduced me to a horrible world filled with calories and frosting. Sure Dunkaroos were great at the time. You could have chocolate or vanilla flavored ones. And sometimes the cracker/cookie things had chocolate chips in them. But I mean… come on! How unhealthy were the 90s?! 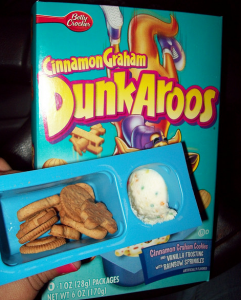 Mentos: For some unknown reason my brother was obsessed with Mentos. Probably because the commercial was so effing annoying. Like, I can hear it now. I loved the colorful Mentos. And they kept my breath fresh (or so said the jingle). 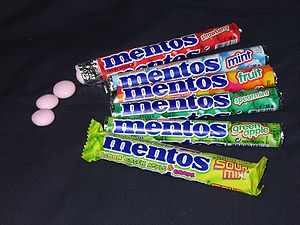 Lunchables: Lunchables started out as semi-normal meal that came with crackers, mini cheese slices, circular pieces of bologna or something, and little bags of some sort of candy (i.e. skittles). Soon enough though, the Lunchable craze took off and Oscar Mayer came out with some very suspicious versions of ‘Nachos’ and ‘Pizzas.’ I remember stealing some of my friend’s Lunchables at camp because my mom wouldn’t buy them (thank god) and putting cold sauce all over the ‘pizza crust.’ This was in NO WAY a pizza, but to my friends and I it was way better (and way cooler) than some boring pb&j. Lunchables are probably the reason 90% of America is obese. 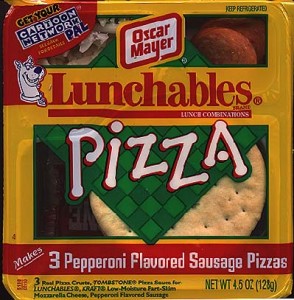 Hi-C Juice Boxes: Having Hi-C in your lunchbox made you pretty effing cool. Just look at it. There was even a hand game where you chanted something about Hi-C… You know – the one about Dr. Pepper. Do kids even do hand games anymore? Or are the only hand games they play ones that involve typing things on their iPads? Either way, Hi-C has pretty much been replaced by gatorade (love the red one). Oh well. 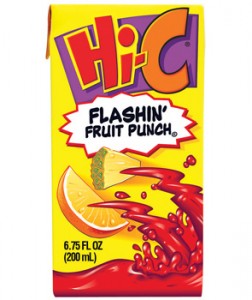 Warheads: How many times did I pop one of these bad boys in my mouth only to complain about the sour taste in my mouth after for hours? Far too many. Who remembers having contests with friends to see who could last the longest with a sour warhead in their mouth? I’m pretty sure I never won. I usually ended up chewing them… or spitting them out. Oh and that face on the bag… that was totally me when I ate one. 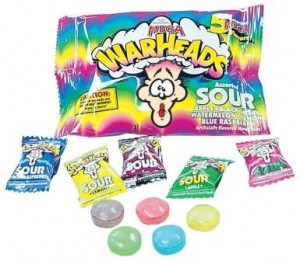 Happy Meals: I have not eaten fast food in years and it bothers me to think of how much fast food we ate as children. Everyone was eating happy meals. And I mean everyone. The line for McDonalds used to extend for miles on end. Now you might see maybe one or two cars in a drivethru. Of course, McD’s and the rest try to sell ‘healthy’ options now like apples instead of french fries. But let’s be serious – what freak is going to go to McDonalds for apples?

Push Pops: I loooooved push pops. My fascination with them was pretty much due to the fact that with every lick came more and more candy! And yes – eating it looked exactly like it does below. Push pops need to make a comeback.

Kool-Aid: Okay. Take one look at the bottles below and it will bring so many memories back. From an after school drink to a mid-day snack at camp… This bottle was it. Nowadays, no one would drink Kool-Aid because we have things like Crystal Light… and water… that have no calories.

Sweat in the City: Women SHOULD lift weights