Illegally download music. Sure we still do this now in secretive non-obvious ways, but back in the day downloading music was the only way we could listen to it unless we wanted to go to Strawberries, FYE, Newbury Comics, or whatever your local music store was called to purchase a CD… or even worse – a cassette tape! When Napster came out, I held multiple daily searches for every single Eminem, Britney Spears, Nsync, and Jay-Z song there was. Sometimes I downloaded versions where it would just be the chorus repeating… and sometimes I would get a version from the radio where some DJ would shot out to literally every single one of his friends throughout the song. When Napster went away, I was already addicted to downloading music and couldn’t stop, so I turned to KaZaA… and eventually Limewire, which I used until I realized that there were actually some serious penalties to illegally downloading music. Of course, this wasn’t as big of a deal because we had YouTube – and you could convert YouTube videos to mp3s easily using sneaky websites. We also now have iTunes, Pandora, and Spotify so illegally downloading music isn’t exactly necessary anymore. Times sure have changed.

Decorate our profiles. As much as our parents may have disapproved of the immense amount of time we spent on the computer during our childhood, we actually learned a lot from it. Like seriously. We learned to type like a bunch of speedy mother f*ckers, which technologically put us ahead of our parent’s and grandparent’s generation. We learned a little bit of HTML from decorating our AIM profiles, subprofiles, and eventually our MySpace pages. Not to mention, as I said above, I dug that you could make free websites with Expage, so I was even more in touch with web design. At the mere age of 12 I was already building skills for my resume. Who knew?

Make dollz. And yes that is dollz with a z. Tell me this wasn’t just me, but I used to obsess over creating these dollz online. I would go through all the girls, picking the best outfits for them to wear and then put them on my Expage website for everyone to see (remember expage?!). I would also create collages of the dollz together in Paint and pretend they were me and my friends. Maybe it was the beginning of an obsession with graphic design and website making… or maybe it was the beginning of an obsession with fashion and style. Or maybe it was just me being really effing weird. Prob a combination of all three.

Looked up song lyrics (and their meanings). Knowing lyrics to songs was imperative back in the day because we had to have the most perfect lyrics in our away message and profile at all times. azlyrics.com. songmeanings.net. It was all the same and we lived for it. We couldn’t just put lyrics to a song we liked in our profile. It had to be a song we liked AND a song that related to our drama filled lives. And if it didn’t exactly relate, we would scan songmeanings.net and the comment section to see if somehow, someway we could relate one single sentence from the song to our life. It was like seeing a medium who knew you had two parents and a crush on someone –  couldn’t anyone?! But we read the songs the way we wanted and constantly exclaimed: THIS SONG WAS OBV WRITTEN FOR ME. But wait, no it wasn’t. One lyric I now don’t understand is one of Vitamin C’s… So VC – what did you mean when you questioned where we would be when we turned 25? Because, umm, I’m months away from 25 and I haven’t exactly gone anywhere. 25 isn’t that old. Maybe I’ll head to songmeanings.net and find out what exactly she was referring to in that line…

Surf Ty.com. Beanie babies were not only a physical craze… They were a virtual craze as well. Beanie babies rose to fame around the same time that the Internet did, so you can only image how COOL and IMPORTANT it was to have a website all about our beloved beanie baby creatures. Ty.com was like our Facebook in the 90s, as we took the lives of our precious stuffed animals very seriously. The website had information about each animal from their birthday to their poem to their favorite hobby. I’m not sure why we checked this website so much. Perhaps there were games on it… or perhaps there was constant changing news of what new beanie babies were going to be released and when, but nothing much could change for Chocolate the Moose, Patti the Platypus, Princess Diana the bear (which I had), or the rest because they were just a bunch of stuffed effing animals… 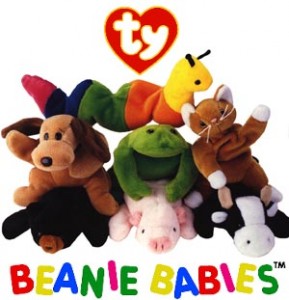 Created and Took ‘How Well Do You Know Me’ Profile Quizzes. We used to not only love making these tests, but we also loved taking them. ‘What is my favorite color?’ ‘How many siblings do I have?’ ‘What is my favorite band?’ Your friendship with people was tested by this quiz and then based on the percentage they scored . You only got a 70%? Talk about a fair-weather friend. How did you not know I’ve seen Taking Back Sunday 3 times in concert???

Created multiple screen names. Since AIM was our life, we constantly created new screen names – some of us more than others. However, there was no need for this. Couldn’t we have picked something normal as our screen name so we didn’t feel the need to change it instead of screen names like (I now present you with my list of ridiculous pre-teen screen names) glitrgrl88, dancer4lyfe45, messedcheerleadr, whatsammatta (I thought this was clever seeing as my name was/is Sam Matt – I also still think was pretty clever), and more (yes – there were more). No wonder I would always get sick of my screen names. And on top of keeping up with people’s SNs constantly changing, we used multiple screen names at the same time. Remember the away messages that read ‘brb going on other sn‘ … Yeah. There was no point of this, since we most likely copied our buddy list over and wrote about our second screen name in our profile/away message. It’s not like we were trying to hide or anything… Actually, some of us were… But it’s fine.

Warned People. At some point, AOL created a button where you could warn someone who was IMing you inappropriate/unwanted things. When warned, said person would enter a probation-type period where they would eventually get kicked offline for a good five minutes if they continued the ‘bad behavior.’ This was a somewhat good idea because we could warn those who bullied us online… But let’s be serious –No one took the warning button seriously. If someone was bullying us, we would be far too afraid to bring harm to their beloved AIM account (we just printed the conversation and sent it around the lunch table, duh). Instead, we f*cked with our friends and people we didn’t like… and they messed with us too. Our warning level percentage would constantly grow even if we weren’t doing anything to deserve it. And once we were at or close to 100%, we said hello to an AIM hiatus because we weren’t going to be allowed back on any time soon. We warned people we didn’t like and people who didn’t like us warned us back. We warned our friends as a joke to see who could get kicked off first. It was like a really stupid, immature cycle. But I guess that’s what we were back then – stupid and immature. So it worked.

Talked to people who were not real/people we didn’t know. AIM was not around just to talk to friends. We had thousands of people on our buddy list and we sure as hell didn’t have thousands of friends (same stands for us and Facebook now… but whatever). We had conversations with people we didn’t know, but knew through friends (kind of). We went into chat rooms full of anonymous strangers so we could laugh at what was going on and answer the famous a/s/l question with fake responses (this normally occurred at sleepovers with many giggling girls). We talked to SmarterChild, a ‘robot’ screen name we could ask anything and he would answer (kind of like an old school Siri that couldn’t talk). We IMed anything and anyone… and this worried our parents. It worked for Lifetime though as they created many movies about dumb pre-teen girls who had relationships with strangers online that ended in death or unexpected crime scenes. Oh, AIM.

Took a great interest in who was viewing our profiles. This was like a severe and not okay invasion of privacy. But as much as our parents told us this, we didn’t care. We had links in our profile for people to click – ‘See who’s viewed my profile!‘ Little did everyone know, when you clicked this, YOU would be put on the list. This ridiculous list of screen names also included how many TIMES the person viewed your profile. I mean, what was wrong with us? Why did we do this to ourselves and others? Why did we actually CLICK these links? Of course, my smart self figured out how to beat the system: Copy and paste the link without actually clicking it and replace your screen name in the link with a fake one. I was ahead of our time. Sorry I’m not sorry.

The Post-Grad Burn Book: 18. People Who Don’t Go Out