Childhood birthdays are awkward. There’s no way around it. As kids, we had to either invite the whole class or keep quiet and invite a few ‘friends’ via snail mail. We had to be under the watch of our parents or our friends’ parents. We had to get people random inexpensive gifts that they probably never opened. We become giddy off of ‘sugar’ and ran around like idiots. And there was usually some awk theme involved that made the day even more odd. Nowadays, parties have gotten even worse with the psycho parents that now exist who want their kids to be the best – therefore meaning they must have a petting zoo outside their home or something equal. ‘Back in my day’ birthday parties were pretty tame and amusing (and still awk) – and I liked them better that way. 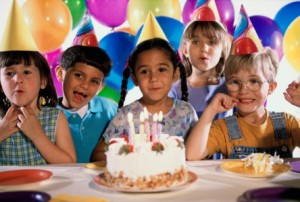 Here are 7 awesome birthday parties I had and/or went to as a kid:

My Little Pony Party: I only know this party happened thanks to the many pictures of my home decorated in My Little Pony decor, the pony infested cake, and the pure fact that I was oddly obsessed with the fact that My Little Pony was a show on television. The ponies had badass hair. They were super fashionable. And they were colorful. So, duh, I had a birthday party dedicated to the small creatures. A theme party. I started young.

Wacky Willies Rager: According to my mom, I had my 5th birthday at ‘Wacky Willies.’ What a name. This place was one of those creepy places filled with ball pits and plastic tunnels (like Discovery Zone, Kid Sports (RIP), etc). The only thing I remember from this party was when I spilled drink all over me. We were sitting at a table in one of the ‘birthday rooms’ and everyone was putting solo cups around their mouths and breathing in so it looked like we had beaks. Of course I tried this. With a cup full of soda. That was a bad idea. I’m still traumatized to this day. 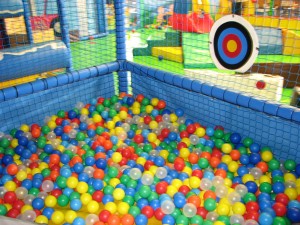 Pottery Party at the JCC: In the 2nd or 3rd grade I had a party at the JCC (Jewish Community Center) where a bunch of girls and I did pottery and made things. I can’t remember what I made, but it was most likely a cat because I was (am) obsessed with cats. And it was most likely horrible because I was (am) NOT an artist. There’s no way I could have picked this party theme on my own.

Lazer Tag Fiesta: I never had my birthday at a lazer tag place, but my brothers did. And so did some of my immature friends. We would gather at the venue wasting our parent’s money on arcade games. Then we would pack on our vests, take out our guns, and then take out our friends. It was a fantastic concept to teach kids. Wait… No it wasn’t.

Slumber Parties: I loved sleepovers. We all did. So it’s no surprise that for many of my childhood birthdays I decided to have sleepovers. Friends would come over – but only select ones because sleepovers could not include everyone. We would usually put on my old dance costumes and run around my house like morons. We would watch stupid movies while lying on our sleeping bags. We would eat cake. One time my mom even made a sleepover themed cake. Like a bunch of girls in sleeping bags on the cake. Wtf. And we would never sleep, because what kind of sleepover involves sleep? A bad one of course. 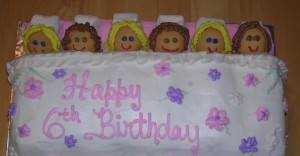 Girl Power Summit: Back in 5th grade when the Spice Girls were all the rage, we all became feminists without even knowing it. These five British pop stars would make a peace sign in almost every picture they took and rave about girls being awesome. And we LOVED them. That year for my 10th birthday I had some random woman come to my house with many feather boas, cute little notebooks, and clown makeup to host a ‘Girl Power Party.’ I invited a bunch of girls over (no boys allowed, duh) and we got all dressed up while listening to female artists. We got a Polaroid picture taken of us in our ‘cute outfits’ and ‘makeup’ and everyone left feeling better about the female race. Or at least I hope they did.

Mad Scientist Party: Staying along the lines of a random coming to the house, this next party involved a (mad) scientist coming over. No I did not have this party. But someone I know did (cough brother cough). The (mad) scientist taught us all how to launch rockets in the form of soda bottles inside. And when they were ready, we went outside and launched them. However, I don’t remember them going very far. Why? I have no idea. But this happened. And such parties still exist.

What birthday parties did you have or go to as a kid? Any weird or crazy ones that stick out? Let us know! Long live the 90s 🙂