So some pretty crazy stuff happened in the 90s. The Titanic sank on the silver screen, President Clinton was impeached and Keiko, the whale who played Free Willy, was actually set free. The United States announced its first budget surplus in 30 years, overalls were considered stylish and collectors who wish to remain nameless shelled out $50 for Princess Diana beanie babies. Also, I also wore giant purple glasses. Still, no matter what was going down, you could always count on Friday nights on ABC. These days, you might be doing shots and cheering to the freakin’ weekend, but in the late 90s, there’s a much better chance you were on the couch watching T.G.I.F. 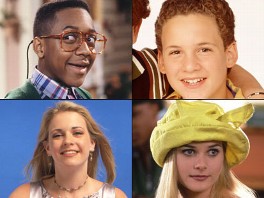 Like a Mama Celeste microwaveable pizza for one, Sabrina the Teenage Witch was my weekly TGIF staple. I loved Sabrina Spellman, always being embarrassed by her magical powers and her wacky aunts, Hilda and Zelda. Also, her black cat Salem could talk and was quite sassy to boot. Sabrina also had an adorable boyfriend, Harvey, and was always shrugging off the effects of whatever spells were currently happening and tried to act like a normal teenager and not too much of a geek in front of Libby, the original queen bee. 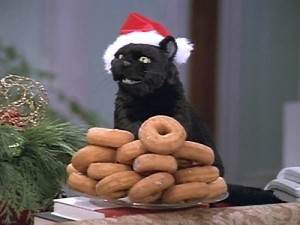 Family Matters was part of TGIF from 1989-1997. It began as a spin-off of Perfect Strangers and quickly grew to center around not only the Winslow family but their dorky neighbor, Steve Urkel, and his alter-ego Stephan Urquelle. Fun fact: Naya Rivera of Glee appeared on the show in 1993.

OK, so, was anyone else really annoyed that Blair’s mother Eleanor was recast after the pilot episode of Gossip Girl and no one was expected to notice? The upside to the TV version’s recasting of Cher from the hit movie is that Rachel Blanchard and Alicia Silverstone look alike, so maybe some people didn’t even notice. Plus, Paul Rudd-as-Josh is simply irreplaceable. Still, Clueless the TV show was campy fun and I especially liked Elisa Donovan as Amber.  Diva! 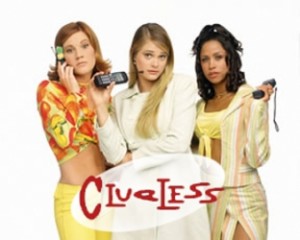 Two of a Kind

I’d be lying if I said I wasn’t a huge fan of the Olsen twins. My level of excitement when purchasing a marykateandashley silvery-blue eye shadow at Walmart was off-the-charts embarrassing in retrospect. While Two of a Kind was an enjoyable show, I found it to be painfully unrealistic. Why did Mary-Kate and Ashley get to skip their awkward phase? How did they manage to look so cute in platform flip flops with chin-length hair which, by the way, was always flawlessly styled into prom-worthy updos? Not only did their dad hire them a shabby-chic babysitter who could help them with their boy problems, they had an endless stream of regulation hotties coming over to hang out. And it just wasn’t fair. But it was super fun to watch. 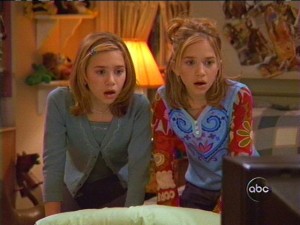 What were your favorite shows from T.G.I.F.?

The Post-Grad Burn Book: 16. Birthdays After 21