One year ago, you were probably glued to the TV. Horrible images filled the screen. People being wheeled away on stretchers and in wheelchairs. Crowds that had been cheering started sobbing and screaming. Countless sirens and flashing police and ambulance lights. As hard as it was to watch and hear these horrible things, it’s even harder trying to write about them for the public.

It started out as a day like any other. I slept away the day to rest up for my early morning shift at a western New York TV station. I slept through the bombings themselves, but spent most of the night trying to piece together what happened, much like everyone else. I went in to work bleary-eyed and dreading the horror that I had to write about.

You saw the graphic images. Blood and debris everywhere. Horrified expressions on everyone’s faces. Panic and sadness. I had to pick what was shown on a morning newscast. Which sounds you heard. The witnesses’ accounts of what happened. All things I didn’t want to have to do. There’s nothing more heartbreaking than writing about death.

But you also saw the hope. The people who helped strangers. The donations that poured in from across the world. The people who found out their loved ones were safe. The runners from every corner of the country who ran their next race for Boston. The police officers who kept everyone safe through the next few days. The huge display of sneakers, cards and flowers at the finish line. The celebrations in the streets when the manhunt for the Tsarnaev brothers was over. The miraculous stories of the survivors recovering.

It will always be a painful April day, but look at how the world stops to help an entire city in need. 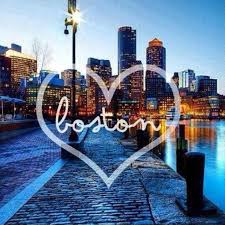 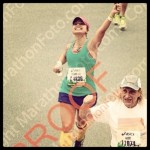 FTS Reflects: Looking Back on the 2013 Boston Marathon as a Runner