We all have that one person, that missed connection that we think about from time to time. What if? What could have happened? Most likely that person is now in a relationship of some sort and you no longer have the ability to figure out what could have been – but in your head you’ve lived out the relationship 1000 times. Oh wait, is this just me? I hope not or I’m about to sound batshit cray.

How does one simply get over a relationship that never existed? I really have no idea. So, by no means is this some sort of advice post. This is me genuinely asking the question.  I’m writing this hoping that some of you are on my level with this and can sympathize with me. I’m not talking about unrequited love, like me and Chace Crawford – I love him, he doesn’t have any idea who I am. I’m talking about someone from your past that you crossed paths with at one time or another that has popped up here and there and you always wondered what would have happened if things were different. Because I’m currently struggling with this I’m going to share some of my suggestions for dealing with a break up from somebody you never actually dated. AKA accepting the fact it’s not going to happen in this lifetime at least. This isn’t a movie, it’s life.

#1. Drink wine – no explanation needed on this one. Wine solves problems, even war. People don’t worry, fight or give a shit about anything when they are drinking wine #fact

#2. Listen to “Iris” by the Goo Goo Dolls on repeat while in the shower or car– Make sure to really belt out the part that says “I just want you to know who I am”

#4. Stop “accidently on purpose” running into him – it’s unhealthy. He OR she, is taken. Accept it.

#5. Pretend you’re living in the world of your favorite TV Show (Unless your fav show is Game of Thrones) – Try to pick a CW or ABC Family show where characters always end up with the right person in the end. Convince yourself you are living in that world and everything will work out in the end. Game of Thrones is a horrible choice because everyone dies or becomes an asshole. You will end up getting more depressed.

*Pretty Little Liars is a GREAT choice for this; characters always mysteriously come back and magically end up together. 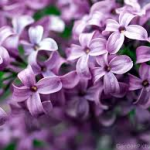 Let’s NOT Skip Spring and Go Right to Summer 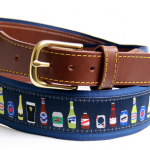