Let me preface what I’m about to say by stating this isn’t meant to be mean or cruel. Writing this was actually very therapeutic for me as well as reflective. I encourage all you girls out there to read this with an open mind and take this as an opportunity to view yourself through another’s eyes and possibly change a behavior that is, well, annoying to others. It’s also a satire – which means, take this as an opportunity to laugh at yourself! LOLz

The Girl That Always Has An Issue:

I know we all have our problems but there’s always that one girl that every damn time you go out on a Friday night has a meltdown. Girlfriend, get over it and have fun. Don’t be falling apart on the dance floor because you saw your ex boyfriend’s cousin’s girlfriend and that made you miss everything you guys had together. I’m a great listener and if you have an actual problem, I would be happy to help. BUT, you having an identity crisis 11:15pm when we are having our first vodka soda of the night is really a buzz kill. And you saying “I’m so sorry, I don’t want to be that girl crying at the bar but…” STOP right there! You just want attention. How about, we go to the dance floor, drop it low and get attention that way? Ladies, let’s try not to be hot sobbing messes at the bar, it looks tacky!

The Girl That Posts A Status About Everything:

I hate to be the bearer of bad news but I am willing to take one for the team. Stop posting paragraph long statuses every hour on Facebook for attention.  You are doing it for one of two reasons: to complain or to brag. In case some of you have absolutely no clue what I am talking about here’s an example of both:

“It’s only 9:30 and it’s already the worst day of my life. Alarm clock didn’t go off, slipped in the shower, Starbucks line was WAY too long and some bitch flipped me off getting on the Freeway! Ugh, why do bad things always happen to me? I’m such a nice person but the whole world is shitting on me today **sad face**”

“Today I was standing in line at the grocery store and this lady stopped me and asked if I was Megan Fox. I was SO shocked – I don’t even look like her but I seem to get that all the time. I don’t see it though, do you?”

The Girl That Thinks Everyone Wants Their Boyfriend:

No darling, we don’t. Like really we don’t. Maybe we looked at him for .5 seconds too long because we thought we knew him from high school – that doesn’t mean we are “trying to take your man.” Ps. just because we are now Facebook friends that doesn’t mean we’re fucking behind your back. It means, I don’t know, we’re friends? Or work together? Or knew each other before you? Not every single girl is a predator that preys on guys in relationships. Take a chill pill, please! Oh, and by the way, bumping into your boyfriend because that 500-pound dude at the bar pushed me into him was a TOTAL accident. Not a desperate plea for attention.

The Girl That Always Thinks Someone Wants To Fight Her:

This needs to be said, just because you consume one alcoholic beverage that doesn’t mean the whole entire world suddenly wants to fight you. It’s the most frustrating thing to go out with a group of girls and always have that one friend who needs to instantly leave the bar because there’s someone there who “wants to fight her.” No muffin, they don’t. Nobody wants to fight in a bar. We came to the bar to get drunk, not get into brawls like were on the Bad Girls Club Miami. There’s a huge difference between somebody not liking you and somebody wanting to get into a physical altercation with you. Figure it out please.

The Girl That Thinks She Can Drink More Than A 200 Pound Dude:

As females, we simply cannot drink as much as guys. We can keep up for a little while but sooner or later we’re going to die. Going shot for shot with a guy a good 80 pounds heavier than you is going to result in you, puking, passing out or dying.  Guess what? It’s OKAY not to be able to keep up. Drink at your own pace! As Twenty Somethings let’s try our best to accept the fact we are no longer 18 years old and taking shots of whatever cheap vodka we can get our paws on. We have the luxury of being able to go into a store and buy alcohol! So let’s not drink like all the world’s alcohol will disappear in an hour if it isn’t consumed immediately and instead pace ourselves so we can make it until the end of the night without you know, dying.

The Girl That’s A Model:

If your dream is to become a professional model or actress, cool! I support that. But, what I don’t support is seeing your entire modeling portfolio clogging up my newsfeed on Facebook and Instagram. I think I speak for all girls that aren’t aspiring models or actresses when I say this, we all know you’re beautiful, we don’t need to see pictures of you half naked on a bed, in your lingerie with 17 pounds of makeup on. If I wanted to see that I would buy a MAXIM or Playboy magazine, really I would. But seeing the girl I sat next to in 9th Grade English posing topless is just awkward. Save it for your portfolio or comp card, don’t put it on Facebook.

The Girl That Instagrams Every Piece of Food She Eats:

This bitch…Unless you are a personal trainer, nutritionist or food photographer – cut it the fuck out. Nobody cares that you had a spinach salad with goat cheese for dinner, trust me. And hashtagging #foodporn or #instafit makes it that much more unbearable. STOP! If you are trying to portray to the Instagram world that you are super healthy, um okay? Why? We all know that since you photograph every healthy meal you have whenever you go a day without posting a picture of an apple you are probably going through the McDonalds drive thru and THAT’S OKAY! Own it! If you feel so inclined to Instagram everything you eat take a picture of that Big Mac and hashtag #cantstopwontstop and #instachub. That’s a chick I can respect!

Why We All Need A Social Media Hiatus 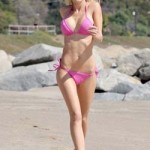 Skinny Stars and What I Would Eat if I Were Them