I have always struggled with horrible stomach aches and indigestion. Over the past year, the pain has gotten increasingly worse, constantly keeping me from working out, going out with friends, and concentrating at work. After eating out a restaurant, I will be full for the next three days. After having one drink, my stomach won’t allow me to drink anymore. After eating anything other than one low calorie frozen meal, the food will literally come right back up. In addition to this, shooting pains randomly take over my stomach, even if I haven’t eaten in hours.

A month ago, after becoming so fed up with these life interrupting issues, I decided to finally find out why my stomach always hurts. After going to the doctor and explaining my problem, I was tested for GERD and Celiac disease. A few weeks later, I found out that the test for GERD (acid reflux) was positive and I was put on Prevpac… AKA the worst medication in the entire world. Don’t take it. And then I found out the Celiac test was negative. What a relief, I thought… but no. The doctor then told me I had a gene for the disease and that I was “developing” it (whatever that means). She said the best way to avoid getting it or having stomach issues was to stop eating gluten because even though the test is negative now, my stomach is still sensitive to gluten and it won’t stay negative forever.

This was the beginning of my “gluten free diet.” I started by heading to grocery stores to check out the gluten free options. At first, it didn’t seem so bad. I don’t eat a lot of bread, unless it’s the occasional English muffin, free rolls from an Italian restaurant, or an everything bagel with butter when I am hungover. However, just because I don’t eat bread on a daily basis, doesn’t mean I don’t like it.  I love bread. So completely giving up bread would be a struggle in itself.

The “no bread” thing wouldn’t be so bad if bread was the only thing you had to rule out on a gluten free diet. The big problem is that gluten is in almost everything… even things you would never imagine it being in. On a gluten free diet you can’t eat pasta, crackers, or nutrigrain/granola/power bars. You can’t sip on a beer while out to dinner. You can’t stick your favorite frozen meal in the microwave when you get home late from work and don’t feel like cooking. You can have fries, but you can’t dip them in ketchup. You can’t order a late night pizza when you get back from the bar. Wow, does this call for one MISERABLE hangover.

If you are completely freaked out right now and think a gluten free lifestyle is the worst thing ever, I have to admit – it’s not. However, I will admit that since I’m not 100% allergic, I haven’t been religiously following the diet (I had some pizza last weekend… and a few raviolis the other day)… But I am trying to eat as little gluten as possible (if any). And eating a serious lack of gluten has made me feel SO much better (for now at least).

The past three weeks, I have raided Whole Foods, cooked gluten free versions of my favorite meals, and found a gluten free bakery that is better than any regular bakery I’ve ever been to. I would love to share my new finds and what exactly I’m eating on my diet with you – even those of you without a gluten sensitivity/allergy. Every Friday, I will post a new food, meal, or other gluten free find(s)… therefore making Fridays on FTS – “Gluten Free Friday.” I will cover different types of GF foods, recipes, and/or other finds – and give each a rating from 1-5 (1 being awful and 5 being awesome!).

Today I will cover some gluten-free replacements I’ve found for one of my most necessary food items: Bars

I have always been obsessed and addicted to “bars.” Nutrigrain, granola, meal replacement, protein, whatever – Bars get me through each day. Sadly, almost ALL of my favorite bars contain gluten… I knew I would have trouble maintaining/losing weight without bars, so I set out to find a fabulous low calorie gluten free bar.

The first GF bar I tried was Glutino’s Chocolate & Banana “Gluten Free Organic Bars.” The bars are 100 calories each, which is perfect for my diet – BUT they are not very good. They are very hard, making it difficult to chew… and have a very dry taste. The banana flavor is there though, which is a plus! I give this bar a *2/5* – I’ve had worse… but I’ve also had better! 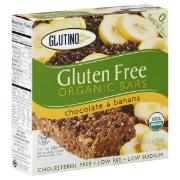 Larabars are hands down not only the best gluten free bars I’ve ever had, but they are also the best bars I’ve ever had. Period. They are “fruit and nut” bars and come in almost every flavor you can think of. Apple pie, banana bread, cookie dough, peanut butter and jelly, and MORE. My personal favorite is Peanut Butter Cookie… and a close second would be Apple Pie. I have had some flavors I didn’t enjoy though (like Banana Bread) so it really depends on what YOU enjoy. The negative to these bars is that they have a bit more calories than the 90-130 calorie bars (they tend to range from 190 to 220 cals)… but they’re filling and have barely any ingredients, so it’s worth it. I give them a 4/5 (they get a point off because of the calories!). 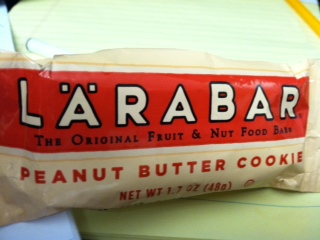 What do you think about a “gluten free diet?” Have you tried it before? And if so, what are your favorite GF bars?

How to Avoid A Social Media “Party Foul”

Working Wednesday: Have a Personal Life, Too!