I used to get sad at the fact that other people were graduating college. I wanted to believe for as long as I could that I just graduated and no one else could possibly be younger than me in the workplace. I longed to be back at college, enjoying senior week, partying the night away with friends who lived around the corner. I saw pictures of college seniors ‘living the dream’ and I always got upset because I missed living that dream too.

But three years later, I’m not sad anymore. I just feel sad for those graduating.

Graduating college sucks. There’s no sugar coating it. I tried the past three years to pretend how great it was to be a college graduate and to work every day. I wrote articles sprinkled with advice to not be sad because ‘life doesn’t end after college… it begins!‘ And I’m not saying that isn’t true. It is. It’s just a different kind of life.

Our biggest worries in college were handing in papers on time and figuring out whether or not so-and-so felt the same way about us. We didn’t necessarily have to show to class and being poor was in.

Now, we have to show up to work. We have to make money. We want to find a significant other, but we don’t know how because that community we had during grade school and college is gone. We start to worry about having a relationship with someone who we actually see ourselves with in the long run because we’re getting closer to our thirties, but we don’t want to yet. We have to live with no scheduled change after a year or four years. And whether we live at home or with friends, it’s just not the same.

Everything and everyone becomes so much more serious each year after graduating. And getting together with friends keeps getting harder. There are bars we have to name as extinct because everyone who goes there is now ‘too young.’ It’s like, when did this happen? I graduated college and I don’t even want to go back anymore because I would have to drink tonight… and I’m tired and want to lose 5 pounds, so staying in sounds better. When did this happen to me?

Sure that older adult who exclaims ‘YOU’RE SO YOUNG‘ when they find out you’re in your twenties might make you feel slightly better about your fleeting youth for a hot minute… but, like, imagine what they say to a college student. They don’t say ‘you’re so young.’ That’s a given. Instead, they say ‘YOU’RE SO LUCKY.’ Duh.

Graduating sucks. So when you go to leave the place you love and hug your friends goodbye, hold on a little longer because it’s not that ‘it’s all downhill from here‘ … it’s that life is going to be so completely different from here on out. Good luck. 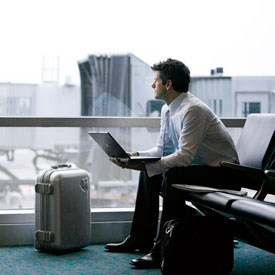 I Am Woman, Rule #1: Always Keep It Classy (Even When They Don’t Deserve It)

Manly Monday: Flying Tips (How To BYOB and More!)