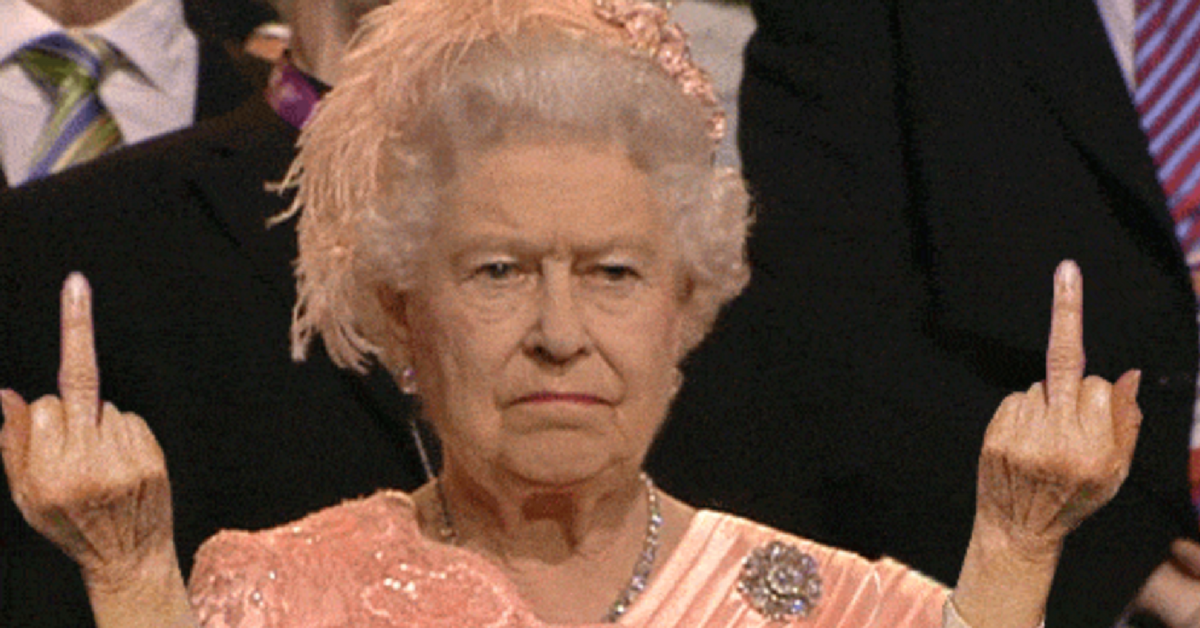 I gave way too many fucks in my 20s. I would say the past nine years were a ‘fuck-giving-fest,’ but that sounds sexual. And I’m pretty sure I thought more about what people thought about me than I thought about having sex. Pathetic, right? Yes.

The fucks I gave ranged from the way I looked to the clothes I wore. They haunted me at the bar, where I cared too much about the ages of everyone around me, and they followed me to the office where I cared way too much about work in general. I was a fuck-giving machine and there was honestly no stopping me—until one day something hit me and I just stopped caring. Okay, well, I guess I didn’t STOP caring. I just stopped caring about the little things and other people and started caring about me and my happiness.

Literally the only thing I recommend you do before turning 30 is stop giving ‘fucks.’ There is no place for fucks in adulthood. Below you’ll find all the fucks I stopped giving in my 20s. Now you can stop giving them, too, and join me here in adulthood. It’s lit. (Did I use that right? Lol, jk, I don’t give a fuck.)

From the 2nd grade to age 27, I couldn’t stand the thought of people doing things without me. I rarely asked myself if I wanted to do things. I only asked if I wanted to do what everyone else was doing. FOMO (fear of missing out) consumed me. I saw movies I had no interest in because my friends were going. I went to expensive dinners and bars when I was broke because I didn’t want to miss a night out. Years later, I finally realized I didn’t have to do shit I didn’t want to do in order to have friends. WOW, WHAT A CONCEPT, I KNOW. I started saying no to dinner plans when I preferred to eat at home instead. I started turning down invites to vacations when I didn’t have the money. I became a new person who could stay home on the couch without fearing that everyone else was out having fun without me and would never talk to me again because of it. Instead, I now spend my time doing the things I love and I still have friends and a social life. IT’S GLORIOUS.

In the 10th grade, I went on my first diet. It was called ‘don’t eat breakfast, eat a bagel for lunch, and starve until dinner.’ After this diet didn’t work, I decided to eat the world instead. Then, I discovered alcohol and literally expanded 13 sizes. This brought me to my first strict diet where I allowed myself only a very tiny, unrealistic amount of calories a day. My bad dieting habits continued until I got to my late 20s, realized nothing was working anymore, and came to terms with the fact that this is me and I LOOK FINE. Sure, I can try to lose weight. Sure, I can eat healthy. But I don’t NEEEEED to—so I’ve stopped giving a fuck about doing so. I feel fine, and for the first time potentially ever, I like me. ALL IS GOOD FAM.

I’ve always lived in constant fear of saying the “wrong thing” out loud. This led to me stay quiet in class through college, except when I read the Sparknote versions of the Shakespeare books because ain’t no confidence booster like a Sparknotes confidence booster. But there were no Sparknotes for life, so I kept quiet about pretty much everything else. I feared putting my creative ideas out there. I feared talking about subjects I wasn’t 110% knowledgable about. I feared embarrassing myself. But now IDGAF—and it’s awesome. What I’ve come to find after writing on the Internet for seven years is that the more you worry about what you’re going to say, the more time you’re wasting. You’ve got to put yourself out there. Writing helped me realize I am good at something (I think???). If I didn’t put myself out there, I wouldn’t have the career I have or the life I have. I wouldn’t be the PERSON I am now, either.  I am now comfortable with saying crazy shit out loud to everyone because guys, I AM ONE CRAZY MOTHER FUCKER. DON’T @ ME.

IF I DON’T WANT TO TAKE A SHOT, I’M NOT TAKING A SHOT. IF I’M NOT FEELING WINE TONIGHT, I’M NOT GOING TO HAVE A WINE. IF I DON’T WANT TO HAVE VODKA RN, I’M NOT GOING TO HAVE VODKA. I don’t give a fuck what you think if I’m not drinking. Back in the day, I cared. But now, I don’t. I drink when I want to drink, and everyone else should do the same. The peer pressure we put on others to drink in social situations is honestly not okay. So plz, leave me alone and let me do me, bye.

I cannot believe there was once a time where I put on a full face of makeup every morning. Like I would actually take time in the morning to put on foundation, bronzer, eyeshadow, eyeliner, and mascara. Every once in a while, it’s fun and exciting to glam it up in the AM when I have a work event or *gasp* plans, but let’s be serious here—that rarely happens. 90% of days I roll into work, sit on my computer for 8 consecutive hours, go to a work out class, and then sit on the couch for the rest of the night. NO MAKEUP IS NEEDED IN THIS SCENARIO. NONE. So why should I wear it? Do I give a fuck if my co-workers and society see me as the person I really am every day? No, so I’m not going to wear it.

6. The Needing Going Out Clothes Fuck

Two years ago I thought I was over my ‘going out clothes’ phase because I had more casual stuff in my closet than ‘going out’ dresses and blouses. But then my closet became 99% sweaters and cotton t-shirts, and I started wearing sweaters to bars. When I started going out in ‘non-going-out-clothes,’ I would panic after 11pm when encountering girls dressed to KILL in the bathroom in their crop tops, super ripped jeans, and see-through body suits. It made me feel ancient and then I would get nostalgic for the days when I would wear dresses to dive bars. But, uh, why the fuck was I dressing up to go to sports bars??? I would never want to do that again. The minute I realized I valued comfort more than looking like an overdressed idiot, I got over the ‘going out clothes’ thing. I’ll dress to kill for your wedding and bach party, but that’s about it, bye.

Ever since I was in elementary school I’ve been obsessed with getting people to like me. I don’t know why it was so important to me, but I literally thought I had to bring candy around with me to make friends and donuts to summer camp when I was a counselor to get campers to like me. Humor was always important to me—but to the point where I thought I had to turn everything into a joke because if people thought I was funny, they would like me, right? Anything remotely serious, I had to turn it into a joke. I still do this today, but now it’s to get the internet to like me. While I still do give a fuck about this, I don’t give a fuck if people don’t like me. I learned that it’s OKAY if everyone doesn’t like you—and that helped me be myself, and honestly I might be funnier now? If I’m even funny? Basically I learned people will either love you or hate you, and I’d rather be LOVED by a few people than ‘liked’ by a bunch, even if that comes with h8ers. As Kevin G said, ‘don’t let the haters keep you from doing your thang.’ BITCH I WON’T.

Age is just a mother fucking number. I don’t think I fully realized this until I was a month into 29 and came to terms with the fact I wasn’t going to accomplish all the shit on my “before 30 bucket list” before 30. But hey—that’s fine. It’s not like life ends when you turn 30. It’s not like you have to stop going after your dreams and having fun when your 20s end. I gave way too many fucks about AGE during my 20s while out at bars, in the office, and even during work out classes. I worried I was too old to do certain shit, so I became hesitant about doing it. But when I stopped giving a fuck about being too old or too young for stuff, my life changed. I do what I went when I want, without factoring age into any decisions, and I encourage you to do the same. Don’t listen to someone who tells you to do shit before 30. YOU DON’T HAVE TO ASSOCIATE STUFF WITH AGE. JUST DO YOU. YOU’RE NEVER TOO OLD TO DO THE SHIT YOU WANNA DO, unless you’re 50 and want to start having kids because #science, but that’s fine, 50 is lightyears away. Anyway, start giving ZERO FUCKS about your age and liberate yourself from anxiety—it will free you. Really. 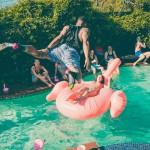 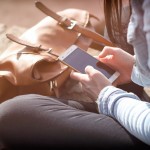