Back in the day, I was all about the AIM profile. I spent hours perfecting my limitedtoogirl profile (yeah, that was my screename). The color scheme was eye-catching, the quotes reflected all of my favorite songs and delicate pre-teen emotions, and I carefully gave my friends a shout out by listing their initials at the bottom of the profile. Sometimes, when I was feeling particularly bold, I even let my crush know I was interested with an angsty, romantic away message. But now things are different. Oh yes they are. You’ve got Twitter, Facebook, Tumblr, and other means of expressing yourself. And there are unspoken rules for each of these social media platforms. 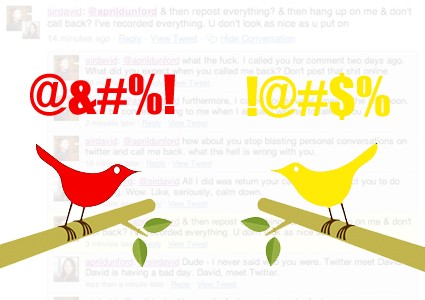 I think someone needs to write an etiquette manual for Facebook and Twitter. Seriously. This stuff gets complicated and it’s pretty obvious that some people abuse their privileges. For instance, I have a friend who used to post several updates a day about her pregnancy. It got to the point where I was scared to have children because of the detail of the posts. I was hearing about bodily fluids, dilation and other things that I don’t want to worry about until they’re happening to me. These statuses also made me think, “I’m fairly certain you’re in labor. Why are you still tweeting and updating your Facebook?”

I have another former classmate who posts all about her cheating boyfriend. While I feel bad for her, sometimes I can’t believe what I’m reading. This girl and I are friendly…ish…certainly not friendly enough for me to be reading the kind of detail that I find every day on my news feed.

I’ve got yet another Facebook friend who is unaware that she’s a singular person. She and her husband have become “our.” She hasn’t typed any sort of singular world (you know like me, my, I,) since she got married. I respect the institution of marriage, but I’m pretty sure that when you’re married you’re still an individual capable of individual thought, right? I’m afraid this girl’s next step will be to create a joint Facebook account with her husband. Once she does that she’s a total goner. As soon as you become LaurieandMike Smith you are screwed. If I ever do that, please slap me.

Twitter is always an adventure too. The other day, someone tweeted me asking why I unfollowed her. I was publicly shamed into refollowing this person, even though she tweets approximately every twenty minutes throughout the day. I was annoyed with myself for caving and agreeing to let her constant flow of random information fill my feed, but I was even more annoyed with her for pressuring me into gaining another Twitter follower. 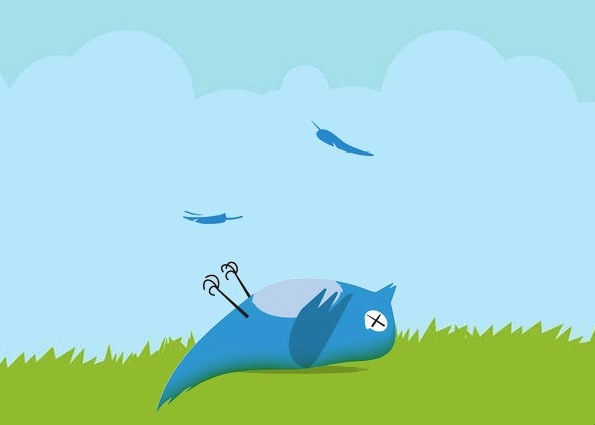 These awkward social media encounters have taught me a few important lessons. First of all, there really should be a mandatory crash course given when you sign up for a Facebook/Twitter account. Second of all, I really need to start writing a social media etiquette manual so I can make my first million and retire by age 25. If I were to write that book, here’s what I would include:

1.) Do you REALLY want to post that? If you wouldn’t feel comfortable telling the story to a co-worker you don’t know that well, or you wouldn’t feel comfortable having the conversation in a (quiet) public place, you shouldn’t post it on Facebook. It’s easy to get a little chatty on Facebook because you’re just typing a status up, firing it off and forgetting about it. You don’t have to actually look at all the 934 people you’re friends with to see what their reaction might be. Consider those people before you post. Would your former softball coach really be interested in hearing about that? How about your best friend’s dad? No? Then don’t post it.

2.) Know your privacy settings: You may think only your close friends can see your pictures, statuses, etc., but Facebook changes so much that what may have been true three months ago may not be the case anymore. Check and make sure you know exactly what you’re putting out there before you post.

3.) Get rid of the randos:  Be selective about who you’re friends with. Remember freshmen year when you accepted friend requests from anyone and everyone who was going to your school? Maybe you don’t need to be friends with all of those people, especially if you never actually met them in person.

4.) Statuses never go away: You post a status and an hour later it’s disappeared completely from the newsfeed, but statuses never really disappear. Before you post, make sure you’re okay with seeing that status again. With Google searches and different ways of gathering information, it’s possible that one tiny status could resurface. If it’s something funny and amusing, it’s fine. If it’s something gross or offensive…maybe not a great idea.

5.) Stop the tweeting madness: The whole purpose of Twitter is to get constant updates and information, but you don’t want to be the friend who dominates everyone’s timeline. Four or five tweets per day is fine. Four or five tweets per hour…not great. I’m proud of you for going to the gym. I don’t need to know exactly how many reps you’re doing, or exactly how sweaty you are because of them.

Have you committed a social media party foul or been the victim of one? How did you handle it?