This weekend, I discovered a new tactic that can be used to avoid the dreaded line to get into bars.

This might not be for everyone (It’s definitely not for guys). And you might need to be a little tipsy when you do it (and by a little tipsy, I mean really tipsy).

It’s very simple: Scream out that you really have to pee & if you don’t you are going to get a UTI.

Usually (AKA all the time), the bouncer will be a man. Most men have no idea what a UTI is – just that it sounds serious. (Men – I’m not going to tell you what a UTI is. Google it.) Anyway, the bouncer will let you go because, as far as he knows, you might have a disease. And the people around you – especially the guys – will look at you in horror and disgust and let you pass by them without questioning your motives. The girls won’t say anything, except maybe that they’re better looking than you & should also be let in. Yes, a girl may or may not have said that to me (without looking at my face) while trying to get in a bar this past weekend… If you must know, she was not expecting me to turn around and say something to her, but I did… I killed the girl with kindness and then proceeded to cut her in line and get in the bar before her (thanks to the UTI excuse). She then found me inside the bar, apologized, and tried to talk to me for over five minutes when a friend dragged me away. The moral is kindness kills, karma sucks, & life goes on.

So, girls (or guys…?), if you try this, PLEASE let me know. I don’t know if I will ever have the balls to try this again, but if I have to pee really bad again while waiting in a line (and freezing my ass off) I may whip this bad boy out. 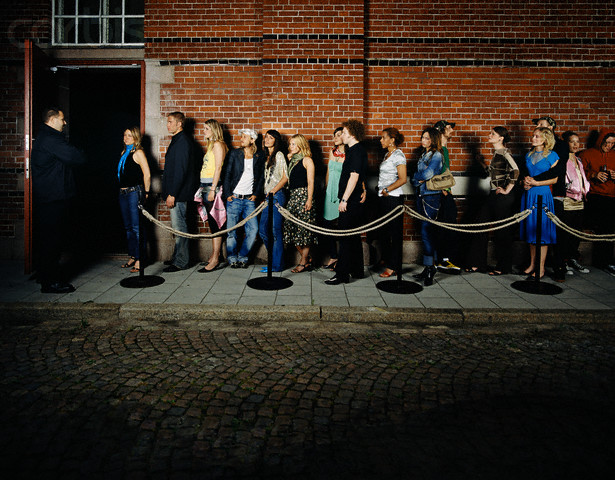