Well, to start, you might not want to say “bang”.

We’ve all been there. You meet a guy, he pursues you, things are going well, and the second you start thinking “Hey, maybe he’s one of the good ones”, he disappears. This has happened to me, and almost every girl I know. (I also know that some girls do this to guys, and to those girls, I say, you are assholes too).

I would also like to preface this by saying I do not think that all guys are assholes. I am in no way perfect and have often ducked out of situations or avoided having difficult conversations simply because I hate and desperately fear awkwardness of any kind, and I am the definition of an introvert. This is something I am working on.

Whether a guy does this because he doesn’t care or does care but doesn’t know how to say it, is irrelevant. Because objectively, you come across as an asshole, whether you mean to or not. Are you an asshole because you want to have sex with several women at once (I mean in life, not like, a threesome). No. Are you an asshole because you cut ties with a girl because you don’t have the balls to tell her that you want to have sex with several women? Kinda. What I’m saying is, you can hook up with as many people as your enthusiastic penis desires, without being dubbed “a dick”. But it requires honesty (LOL), and more importantly, the BALLS to actually be honest. There were way too many penis references in that paragraph.

While some women are on the more aggressive side (and power to them), I typically take the passenger seat when it comes to dating. I like to follow the guys lead, perhaps as a defense mechanism because I’ve been hurt too many times to enter into any type of relationship with blind optimism. (Too real? Ok.) Let’s say we’re walking down the street and all of the sudden you put your arm around me for the first time, I’m like “Oh, we’re doing that now. Ok. Noted.” Or, after we hook up a few times and then you invite me to meet your friends. All of the sudden, you’re texting me more frequently, talking to me about real shit.This behavior leads me to believe that things are progressing. But fool me once, shame on you. Fool me more times than I’d like to admit, shame on Katie. The disappearing act is extremely confusing and unsettling.That would be like someone blindfolding you, holding your hand, guiding you down some unknown path, telling you to open your eyes, only for you to realize that they are nowhere to be found. It’s like, YOU TOOK ME HERE ASSHOLE.

I understand that there is that mother fucker of a chemical called oxytocin that makes women more emotionally attached. But expectations are not a chemical. In other words, there is a level of emotional attachment all females will have after sex. BUT, as I say in my stand-up, we do have the ability to reign it in, by managing our expectations. Am I suggesting guys just treat girls like shit from the get go? No. What I mean is, if you are good guy who does have respect for women, do not do all the “right” things, and then ghost because you don’t have the balls to tell her where things stand for you, because more often than not we’re ON THE SAME PAGE. Unfortunately for many guys, it doesn’t even occur to them that we could be in the same book.

This is where men need to, man up. You can’t text us non-stop, seek us out to make plans, and essentially lead us down that path, and then get all like “BITCH YOU CRAZY” when we expect to hear from you. Very recently, I had the first “casual sex”, as they say, relationship that I was actually okay with. Why? Because from the get go he was upfront about the fact that I was not the only girl he was hooking up with. He was respectful in every way, which because of his honesty, I did not mistake for anything more than what it was. This went on for a few months, when finally he told me things were getting slightly more serious with another girl, and that he just wanted to let me know so that he didn’t disappear without any communication or explanation. My response: THANK YOU. This was my epiphany: Him telling me that he was with someone else did not hurt me. Him NOT telling me that he was with someone else would have hurt me. Do you see?! It’s not the fact that we’re not exclusive…it’s the confusion. Guys, you are not sparing us anything by ghosting. You are hurting us more than you would if you just had the balls to say “Hey, I like you, but I am also seeing other people and don’t want you to get the wrong idea.” Then at least we can decide whether or not that is what we’re looking for. It’s our decision to make, not yours. What I’m saying is, if you aren’t Ryan Gosling, don’t assume that we will start registering at Crate & Barrell if we have sex regularly. When guys make this assumption, they often resort to a tactic I like to call, “Relationship or Ghost”. Guys mentality: “Shit, if we keep hooking up at this pace, she’s going to get too attached to me because I am a sex god. Then when she finds out I’m not really looking to be exclusive right now she’s going to be heartbroken and go batshit crazy. Yeah…I better just ghost.” 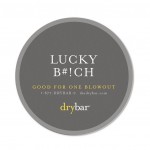 12 Days of Gifts & Giveaways: What To Get for Your Mom (Drybar Giveaway!) 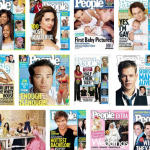 10 Confessions From a TV and Pop Culture Fiend