Thanksgiving is a golden and celebrated holiday revolved around food. Usually, you eat to survive, but on Thanksgiving, you eat to send yourself into a Tryptophan-induced coma. As years have passed, a subsequent holiday was invented to celebrate makeshift families across the country: Friendsgiving. Friendsgiving is a holiday surrounded by your friends, where you can talk about important stuff that doesn’t involve your job, graduating college, or the amount of debt you have…like how Fireball got recalled in certain countries and you all think you’re going to die because you have been mass-consuming it for the past 18 months. You know, news and shit.

As you’re probably all super inexperienced in the field of planning, friendsgiving can result in a huge disaster. Quick solution to avoid a tumultuous friendsgiving that barely meets even the lowest of expectations? 7 minutes and a google doc.

Step One: Have friends.

The first essential step to properly executing a friendsgiving feast is having a sufficient number of guests. This should involve a semi-reasonable ratio of males-to-females so that tasks can be evenly distributed (i.e. guys cut the turkey, guys move the tables to make one massive table, guys do the clean up…you get it). As tedious as it may be, make your friends RSVP because if you have a bunch of maybes you’ll end up with 3 friends, a pumpkin pie and mashed potatoes…and like autumn-themed napkins. Not super exciting.

Make sure each friend has a task…that they’re capable of. Create a google doc with what you’re eating and have people write their name under it. The chances of telling your least domestic friend to make a delectable pumpkin pie will most likely result in a cold, mushy, concoction of milk and candy corn. Give your inexperienced friends something with less than three steps…like instant mash potatoes or put them on plastic silverware duty.

Drop a few hints to your parents that your friends are having a feast, and that you might burn down a house during the process. I can assure you your mom will volunteer to go out and hunt a turkey for you herself. Any experienced mom-food is going to be exponentially better than any stuffing recipe you got off some blog you found by typing in “T-giving recipes for beginners” on Google.

No one likes wearing jeans on Thanksgiving, but you kind of have to because you don’t want everyone thinking you’re a hot mess. Predetermining a dress code encouraging yoga pants, sweat pants, leggings, or pants that are 3 sizes too big – will ensure that everyone will have proper space to over-indulge and eat beyond their means. Belts will be burned at the door and displayed on a stake in the front lawn to warn violators.

Step Five: Hold Friendsgiving at the friend’s house who is making the turkey.

Easiest way to decide which friend gets tasked with hosting your entire friend group? The turkey maker. First the whole house will smell like turkey right when you walk in…duh. Second of all, let’s not forget: the entire day literally revolves around the turkey, so running the risk of the celeb dish being transported there is entirely fatal for a few reasons.

1. The turkey takes forever to cook, so the friend will have to cook it like way in advance and it will probably be cold when you get there.
2. Also, there is no man-made device large enough to hold several turkeys while simultaneously maintaining their perfect “out-of-the-oven” temperature.
3. Finally and most importantly, the house won’t smell like turkey when you get there.

Without having a designated and experienced turkey cutter, you are running a high risk of potentially mutilating the turkey and thus ruining Friendsgiving. Make sure your turkey-cutter adequately distinguishes between the dark and white turkey meat, and sharpens the knife thoroughly so the turkey does not turn into a disheveled mess of shredded meat.

This is actually the best part of friendsgiving besides the food and the drinking and the being with your friends part. This step is most often forgotten, but seriously needed so each friend knows where to sit. No design or art experience necessary – just a solid stick figure drawing and a nickname will suffice. Plus you can avoid the awkward who’s sitting here – can I sit here? discussion. You might be friends but in no way does that equate to you fluidly seating yourselves without bouncing around and feeling awk.

This event revolves around feasting ravenously and having the necessary beverages to cleanse your palate between mouthfuls of mashed potatoes. Embrace the season with hard cider or pumpkin ales. It’s that time of year. But leave it BYOB like every other friend function to avoid running low or forgetting preferences.

Step Nine: Have a Friendsgiving blessing.

Usually the turkey maker/house-owner can make the traditional Friendsgiving blessing. This is actually time to say a few words about your makeshift family and how awesome they all are. Plus it’s a non-awkward way to commence eating.

This would be particularly successful in a room with a large amount of floor space, perhaps blankets and pillows can already be in place. This is a great time to embrace your friendship and pass the eff out on the floor until your food coma is complete. Make sure the TV is on for the hardos that choose to stay awake, but it has to be festive and thanksgiving-y…like A Charlie Brown Thanksgiving or the Thanksgiving Friends episode.

Sam works full time in digital marketing at a web design agency and when she's not inhaling coffee, she likes to kill time mindlessly looking at ridiculously expensive real-estate online and listening to indie pandora. She hates winter, is allergic to almost everything outside, and one time forgot her shoes on her way to an interview. 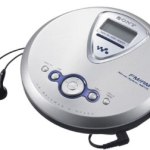 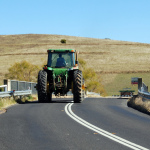 46 Signs You Went to College in the Midwest