Job termination, in most cases, triggers panic, frustration, tears, or hysterical laughter. While work might be mind-numbing, boring, and frustrating, the majority of Americans transform themselves into business professionals because they need the money. In an ideal situation, the professional would land a job and then become an efficient employee. Management would never consider filling out termination paperwork for them. Alas, life is not perfect.

There are so many actions and attitudes that can lead job termination. The independently wealthy and the mooching professionals tend to be relatively fine with this scenario. After all, they have a back-up plan: living on their nest egg or living on other people’s nest egg. For the majority of Americans panic ensues upon being handed a box filled with their possessions and escorted out of the building.

Knowledge is key. Professionals can either use the knowledge of how to be fired to increase their chances of getting fired fast or retaining their job for as long as possible. I offer you this guide on how to get fired in 10 days.

Day 1: Be Unwilling To Learn

The primary duty of new hires is to listen, learn, and successfully emulate the individuals who are teaching them the tools of their new trade. If you don’t want to see your third week at a company, you should fail to listen, comprehend, and perform some or all of the skills taught.

As a final nail in the coffin, when experienced co-workers offer tips you might want to cut them off mid-sentence with a harsh sounding thank you. A lack of desire to learn won’t get you fired on day one, but it just might lead to termination if you keep it up.

You know that little voice in your head urging you to remain snuggled within your blankets rather than head into work? Feel free to give into that voice. Repeatedly. Nothing says I’m an unreliable worker faster than taking four “sick” days as soon as you land a new job. When back at work, feel free to gossip to co-workers about the four-day parachuting trip you took while the manager thought you were sick in bed.

Day 3: Be A Cloud of Angsty Unhappiness

Don’t just be unhappy, be verbally unhappy. Complain constantly about tasks. Don’t just be an angsty grump; rob the company of their happy and productive workers. Make bitter comments about management. Keep an eye out for the unhappy co-workers. Unite the unhappy people by encouraging them to meet at the water cooler to exchange grievances.

Watch as the once chipper company culture transforms into a giant insidious cloud of negativity. Cackle with glee as the individuals infected with the grumps become disengaged and unproductive.

Keep an eye on everyone who speaks to the various managers at the company. The idea here is to locate the individuals who have managed to cement themselves as valuable, honest employees in the minds of management. Now narrow the list down to the vindictive gossips that enjoy causing trouble. Once you locate the individual, do everything you can to drive them up a wall. They’ll tell the boss, and the boss just might fire you on their word alone.

Management-assigned tasks or assignments are fairly common. When the manager approaches you with a task feel free to say, I’d rather not. Don’t give an explanation about why you’d be a bad candidate. To make things worse you might want to throw in, I’m not here to do your busy work. If you really want to cause a scene add on, ask Stan. That’s all he’s good for. Employees who want to keep their job have to listen to their managers; you’re not one of those people.

Workplace conflict can increase stress and decrease productivity. If you haven’t been fired yet, you might want to instigate a few arguments or fights. Maybe insult a few people by saying things most normal people would never, ever say. By now you’ve had enough face-time with your temporary co-workers that you should have enough intel to drive even the most mild-mannered employee to snap at you.

Work can be exhausting. You deserve to spend a few hours tweeting about your mood, playing Facebook games, and crafting super cool memes to share with all of your followers. Every tweet, post, and game request will have a delightful time stamp that will make it clear that you’ve been utilizing your social prowess when you should be working.

Feel free to tweet a few angsty complaints about the company at the general public. Since 87% of companies utilize social networks to connect with their customers, an employee broadcasting untrue negative comments will be dealt with quickly.

Deadlines are for productive people who want long-term job security. If job security is not on your radar, feel free to add an extra hour, day, or week onto the deadline. When the manager asks about the late assignment, just let him or her know it’ll be done, when it’s done. No need to rush. This isn’t about quality or quantity.

Day 9: Fail At A Skill Your Resume Claimed You Had

No one would ever lie on a resume. Unless they really want the job…even if it will only be until they realize they lied. As of right now, you’ve lied about a vital skill on your resume. If you failed to lie on your resume, just pretend you don’t have a skill you do have. The more vital the skill, the less likely the lie will be forgiven. 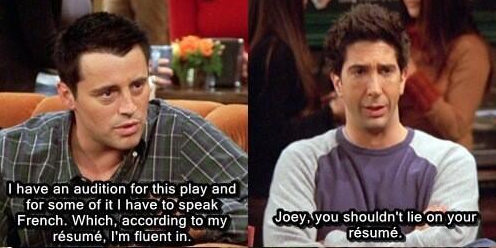 You’ve been working too hard. Don’t bother getting out of bed. Don’t even pick up the phone to text or call management that you won’t be at work. Instead catch up on some much deserved sleep. You’ll likely get a call at some point about picking up your possessions at the secretary’s desk. You wanted this right? No? Well that’s unfortunate, but at least now you know what not to do next time. For those who need more tips on how to succeed click here. 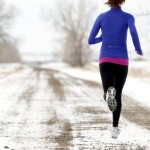 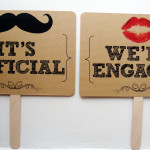 10 Questions You’ll Ask Yourself After Getting Engaged