A few months ago, all I knew about football were some chants retained from my cheerleading days. But with the Seahawks and Broncos rapidly approaching the 2014 Superbowl – I am learning a lot more than I ever thought I would. The spirit around Seattle right now (and probably Denver, though I admit that reluctantly) is contagious. My family must have rubbed off on me, because I have been screaming at the TV right next to my fellow Seattle-ites as our hometown idols are making it on a national stage. Fans get pretty into the game around here (aka we caused an EARTHQUAKE): 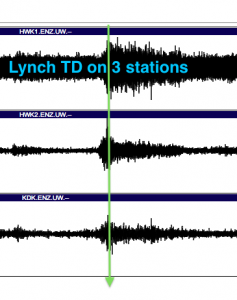 I should also reluctantly point out that Seattle has never had a great football reputation. We’re gaining one, and we are excited about it. Wherever you are in the country and no matter who you are rooting for (it should be the Seahawks), there are lots of fun ways to get in the spirit of the game. Even though the Superbowl is an intense game, I’m happy that there is positive energy, rather than negative, going into preparing for the game and between the players.

Here’s what you can do to prepare at home for the game:

There is a new trend sweeping Twitter: #fanicures. CoverGirl sells DIY fanicure kits to help you prep your nails by yourself pre-game. The kits are determined based on the number of colors a team has and includes team nail stickers. 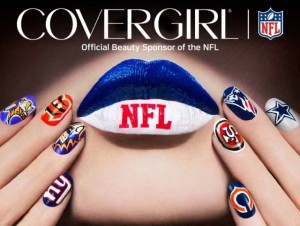 Salon Fan Packages: If you are looking for a more expensive version of the same treat, many salons in and around Seattle and Denver are offering all sorts of fan packages – including very fun options like glitter nails that come out looking like this: 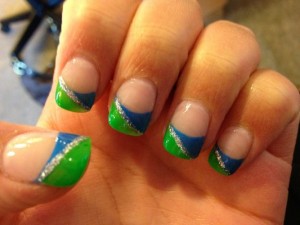 Super Bowl Themed Hair Extensions: When nails just aren’t enough – hair salons are offering temporary NFL team-colored extensions. I’m seriously considering putting a line of blue/green in my hair later in the week. Most packages are priced between $25 and $50 dollars depending on how many streaks you want and how long your hair is. Or we could all be like this guy: 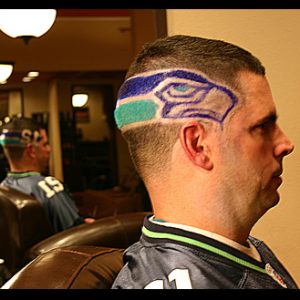 Of course, to be considered a fan – throw on that jersey and pound a beer (or a bottle of wine), because come Sunday – I’m only doing one thing: finding a bar and cheering for my city. Let me know if you’re in Sea-town this weekend!