I will be the first to admit that I am no book worm.  I am the girl who didn’t read any of the Twilight or Harry Potter books and still went to the movies.  It takes me months to finish a book and there’s no way I would be able to finish a thousand page J.K. Rowling book in a timely manner.  However, I’m telling you I literally couldn’t put The Hunger Games series down and finished all three books in ten days.

You bet your ass I was there opening night. 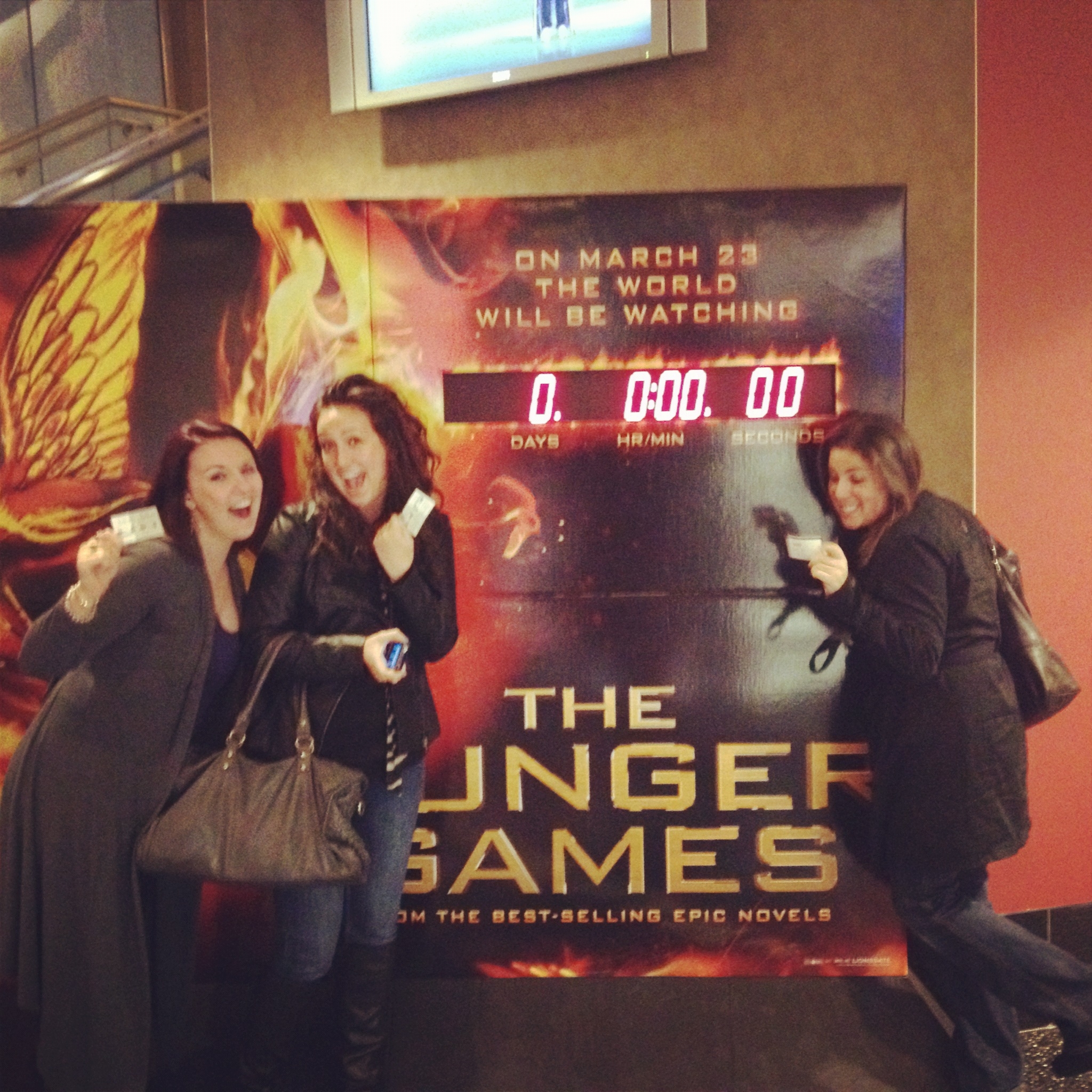 I bought my tickets weeks in advance for the iMax viewing.  I mean, if you’re going to go opening night you might as well go balls to the wall and see it in iMax.  The theater was packed beyond belief and I didn’t even care that I was third row. The energy was so high that at one point a chant broke out.  “When I say Hunger you say Games..”  Oh yes, only in L.A.–I’m telling ya.  There were girls dressed up as if they were from the Capital which was a little too serious for my liking but you gotta give people props for having that much enthusiasm.

As for the movie, I obviously don’t want to give any details away, but all I can say was…it delivered.  Jennifer Lawrence portrayed bad-ass bitch, Katniss Everdeen, spectacularly.  She captures the hard and soft parts of Katniss so well, and definitely had me shedding a few tears when she was in the woods with Rue.   For those of us that read it, we know movie/book one isn’t Gale-heavy but the scenes he was in, he looked a whole lotta yum—this coming from a  girl who is Team Peeta.  And yes, lastly Josh Hutcherson as Peeta Mellark…I love you Josh real or not?  REAL.  The movie moved at a great pace and stayed very true to Suzanne Collins’ words.  The pre-Games story was shot beautifully and the people of the capital were absolutely amazing.  I kinda hope that looking like them becomes a new trend…I could definitely get on board with looking like Effie.

My only negative note was that the camera work was a little shaky and intense–not Blair Witch style–but definitely don’t go to see the movie hammered because you will want to vomit.  I understand the art of film and the intensity that director, Gary Ross, was trying to show… but at important parts within the game I wanted the camera to be steady so that I could see the battles and fights more clearly.

With that said, even if you did or did not read the books the movie is rockin’.  I think it appeals to both male and female audience members, and while leaving the theater I didn’t hear any negative feedback.  Although, the best comment I heard from a guy leaving the theater..

“I mean, who names their son Gale.”  Well said brother, Team Peeta may the odds be in your favor!!

Looking Professional on an Amateur’s Budget