Hello. My name is Sam. And I am having a quarter life crisis.

And not, like, a casual quarter life crisis where I am all sad that blacking out on Wednesday is no longer a regular thing (or a thing at all). A quarter life crisis where I am in dire need of a change, yet I have no idea what that change should be, but I know something has to happen now or else I will forever be stuck in this just-getting-by, simple lifestyle that will probably make me okay with life — but certainly won’t be what I dreamed of for myself before graduating college.

Now, don’t get me wrong. I know I’m still young. I know I have a whole life ahead of me and this is really ‘just the beginning.’ I have a job and I’m actually using my degree, so that’s good. But I want more. And since I’m young everything should be okay because I have so much time to achieve more… But I don’t exactly. At least not for what I want to do. Not if I want to ‘settle down’ at a decent age.

I see all these people on Facebook posting pictures of homes they’ve bought and rings they’ve purchased or given their significant others (well, now fiances). They’ve committed themselves to an area and/or a person. They’re settling down.

For me to even think about doing this is absurd, as I constantly talk about slightly changing up the career plan I’ve had for myself since high school and/or moving to NYC or LA if I can’t find and get hired for a ‘dream job’ here in Boston. I tell myself, though, that I cannot move to one of these places without a job because I simply don’t have the money for it (but seriously, I’m broke). 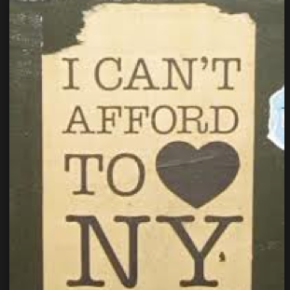 I don’t want to stay put and continue to say ‘I want to do this!‘ or ‘I want to move here!’ in my late twenties. I don’t want to wait until I’m financially stable and end up traveling around in my  thirties going from job to job in different areas. The older you are, the harder it is to move to a new area and ‘start over.’ Not to mention, I want to be happy and have at least some of my life figured out by the time I turn thirty so I can start settling down (like, maybe buying property somewhere) and eventually start a family. And once that happens, what if I have kids or am married to someone who can’t make a move when I finally get the chance to? You never know.

So why am I freaking out about this now? Because with 25 looming over me (yeah it’s four months away, but still), I cannot help but think if I don’t make a career/location move soon, I’m going to end up wishing I did when I’m raising a family, working some mediocre job because I didn’t make a change in my early/mid twenties and now it’s too late… OR I’m going to have to put off the whole ‘settling down’ thing and be a wandering nomad, STILL trying to figure out where I want to end up in life in my thirties.

For a while, I thought I was partaking in a quarter life crisis because I missed college so much and was slightly terrified to become an adult. Flash forward three years later and I’m basically over it. I’m not trying to adjust to life after college anymore. I’ve gotten used to this boring, adult life. And now, I need a change. The whole ‘having-a-job-in-my-desired-field’ thing is great, but I don’t want to get stuck in one location when I want to maybe move somewhere new. I don’t want to get stuck not advancing when obviously that needs to happen eventually. I don’t want to get stuck barely getting to do what I want for too long. I know I can’t have it all, especially at age 24, but I just need something to happen sometime soon to let me know I’m on the right track.

I used to claim I was living the dream in college and the months thereafter where all I did was drink booze, go to the beach, and dance every night away (like, one time I spent a semester on vacation in LA… but really). Now, I still want to live the dream… But the meaning of ‘the dream’ has changed. Instead of aspiring to sleep late, hang out with friends, and party on a daily basis, I dream of being successful.

With some significant life changes coming my way, I know I am headed in the right direction to making that new dream happen… I just have to keep at it. From now on, I need to stop being afraid to take risks and do something about it when I want a change.

I am a firm believer that everything happens for a reason, but lately I’ve realized that sometimes you have to put in the effort yourself to make something you want to happen, happen. And if it doesn’t end up working out, then you’ll know it wasn’t meant to be — but at least you tried. And hey, you can always try again! Things will work out. As long as you make an effort to make it happen.

So here’s to living the real dream… One margarita (not five) at a time!