Growing up in a house full of women, sports was never a big deal, especially football. The Super Bowl was the one football game I would watch each year. I’d always pick a team to root for, but to be honest, all I understood were the commercials. I always wanted to know the game, seeing that football is a huge part of American culture. I would try to have my brother or the guys in the break room at work explain it to me but it just never clicked. “Downs” and “goals” were different than “touchdowns” and “field goals”, and how in the world did the “yard” system work? Football was just something I never got.

At age 23, I decided enough was enough. A girlfriend of mine from work ran a fantasy football league with her husband which is how she learned the game. A few people from work were in on it, so I decided to join. I am a very competitive person and I figured if I have to pay attention to something, it may be the push I need to not give up learning the game.

Research was crucial. I did a lot of googling to prepare for my Fantasy Draft. I learned players names and positions (not that I knew what they did), and I also made lists of their rankings. It helped quite a bit because I gained some great players such as Peyton Manning and Adrian Peterson, but in order to truly accomplish what I set out to do, I had to research more. The first Sunday morning, I woke up and immediately turned on football, thinking if I sat there long enough, I would have an a-ha moment and finally understand. 20 minutes into it, and I was over it. I grabbed my laptop and spent the entire afternoon on the official NFL website reading a beginner’s guide to the game which helped so much. I understood how those “downs” and “yards” worked and what the objective was. I also learned that there technically are three teams within one (offense, defense, and kicking). After learning the names of each position and which part of the game they were in, I had a friend explain what each person does. It was a whole new world.

I began watching games and understand what exactly was going on. It was a bizarre feeling! Over time I found myself cheering loudly over interceptions and touchdowns. What was weird was cheering for players rather than a team. Sundays I got stuck working, I would drive home on my lunch break so I could watch a bit of the afternoon game.

The fantasy aspect of football was a whirlwind as well. The first week I won, so I expected my team to do well the whole way. Then I lost my second game. I was feeling a little (okay, a lot) competitive because the person I was against wasn’t my favorite, but it opened my eyes to the fact that it is just a game, and it is gambling. I also reminded myself that I did this to learn about football and shouldn’t take it that seriously.

I’ve only been playing Fantasy Football for three weeks now, but I feel like I have learned a lot and have gained a new love and respect for the sport. I’m starting to get the hang of paying attention to players and their stats and think I am getting better at choosing for myself who I should play and who I should bench. I can participate in more conversations now, rather sit there and listen and have no idea what is going on. Some people have even commented that it’s on my mind a little too much.

Now that I am getting the hang of football and growing to love it, I feel more like an American. A month ago, I wouldn’t have known what a quarter of what this article meant, and now here I am writing it! 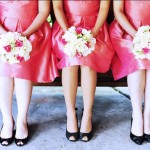 7 Things That Happen When You Become a Maid of Honor

8 Things to Consider When Moving to a New City