As twenty somethings it’s common knowledge that certain things that you got away with in high school or even college or maybe even one year after college… are no longer okay to do on a regular basis. In fact, doing these things makes people look at you weirdly and question if you are just a couple burritos short of a fiesta – ugh my life! In order to avoid these awkward looks allow me to share a list of things NOT to do or admit to doing when in a social setting as a twenty something.

**Please note, I’m really not trying to be rude, bitchy or call anyone out, writing this was actually very therapeutic and eye opening for me as well since I personally, have done or currently do most things on this list. If you, like me, can live with your coworkers and innocent bystanders thinking you are mentally a 14 year old trapped in a 25 year old’s body – call me! We should be friends. However, if you can’t deal with that, read this list, make a mental note and try to cut it out!**

#1. Openly admitting that you completely believe you’re a Disney Princess…wait is that just me?

#2. Wearing anything with your high school colors for example: a maroon and gold cheerleading sweatshirt from your freshmen year that says “Where My Girls At?” on the back.

#3. Talking in what can only be accurately referred to as “AIM.” In other words, don’t say “TTYL” it’s awkward. Especially now that AIM hasn’t been around for like 10 years…. IDK.

#4. Drinking Redbull instead of coffee in the morning. College students do that, apparently business women don’t? Once again, IDK this came as a bit of a shock to me.

#5. Cartwheeling in public when drunk. Accept the fact you are not longer as coordinated as you once were and that you also look like a complete nut.

#6. Watching the Disney Channel. I shouldn’t have to explain this one….

#7.  Taking Jello Shots. I did this the other night and let me tell you right now, it just felt awkward. I can’t explain it but I felt like I shouldn’t be casually swallowing a bright blue Jello Shot on a random Thursday night in February. If you are going to do this, at least save it for your trip to Mexico or a hot summer day.

#8. Dealing with drama that should have been squashed your sophomore year of high school. Once again, I shouldn’t have to explain this one. But for some reason some people can’t seem understand that we haven’t been in high school for like 5-10 years (depending on age of course). The fact that somebody called you a bitch back when you were both 15 years old and were fighting over a dumb boy that is now married with a kid  and neither of you give a shit about anyways DOESN’T matter. Get over it.

#9. Making albums on Facebook that only include only pictures of you partying. It’s time to make Facebook photo albums of substance: weddings, you becoming an auntie, graduating from college… etc! Employers, work friends and family members don’t want to see pictures of you doing body shots and falling on the floor with a caption below that says “Party like a Rockstar” once again; it’s awkward AND inappropriate. I fully support drinking/being a hot mess now and then but there is no need to post it on Facebook.

#10. Wearing sequins when you have absolutely no intentions of going out.  Casually wearing a sequined shirt from Express is no longer okay… I have made this mistake numerous times and didn’t understand why people were constantly comparing me to Snooki. Apparently going to the grocery store at 10am dressed like you are ready for a night at the Jersey Shore isn’t okay?

#11. Having acrylic nails, okay let’s face it – it was never okay. But I did it up until a couple years ago…it’s pretty tacky #sorry.

#12. Using a name other than your actual name on Facebook. Referring to yourself as “Jacki CantStopWontStop Cone” on Facebook isn’t funny – it’s weird.

#13. Playing beer pong or drinking games on a weekly basis. I know this is hard to accept but you are no longer in college. You’re not! Sorry to be bearer of bad news but being a twenty something means you can legally drink. Drink at a bar, a restaurant or at home not Thursday, Friday and Saturday at a college party where you are the oldest person there. Every now and then, sure! But weekly? Eh…probably not. 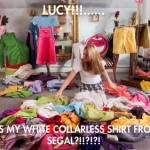 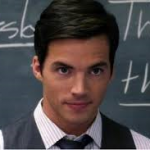