Sooo tomorrow night there is going to be a confirmed death on Glee. Tomorrow night’s episode is the 2nd to last before the season finale – and it is titled, “Funeral.”

I have spent my day researching and researching the upcoming episode, trying to get some clues on who it will be. However, every single site – no matter how reliable it may be – is saying different things. Some say it will be a female who dies, and others say it will be a male. What we DO know is that it will NOT be any of the season regulars (phew)… but I will still have the tissue box out and ready for sure since I am not good at watching ANYTHING emotional. I can turn on a show or movie that I know absolutely nothing about for the last 5 minutes and will start crying if anything sad happens – and I mean anything… from a pet fish dying… to someone leaving their significant other… to a horrible death (aka Marissa from the OC – oh god, nothing can be as bad as that – I hope).

Anyway, it seems that we are left to guess who will be killed off the show tomorrow night… and here are my predictions: 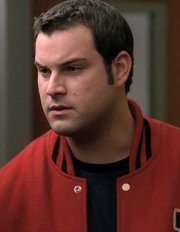 This would be an epic end to the It Gets Better message the show is trying to get across. If David commits suicide as a way of dealing with his differences, that would be taking this a little too far. Don’t you think?? We get it… And I hope Ryan Murphy (creator) does too. He was quoted in Entertainment Weekly saying, “Glee is by nature optimistic and I think a character like Karofsky could turn to booze or pills or alcohol and kill themselves or do something dark. But I also love Max and I love that character and I sorta want that character to have a happy ending…” So I guess we will find out tomorrow! 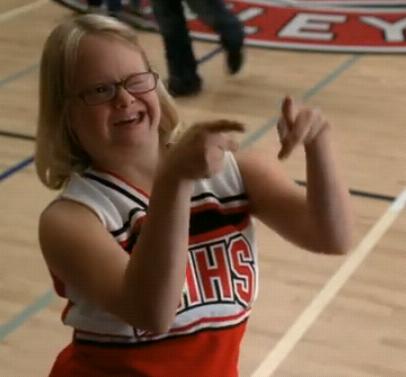 These poor girls both already have Down Syndrome… As “awful” a person Sue is supposed to be on the show, it would be HORRIBLE to see her deal with either of these deaths. It would just ruin her comedic role… but I guess that’s what this death is supposed to do – shake things up. It wouldn’t be that bad to see her deal with the death of her sister – since the audience doesn’t know her sister well and doesn’t have a good enough relationship with her to be devastated by her death. Also, Sue could have known that her sister was sick & was on the verge of dying to make Sue not as upset. However, I have read that almost the whole cast attends the person’s funeral… and I don’t think they would attend Sues’ sisters funeral since they barely know her. Becky on the other hand… 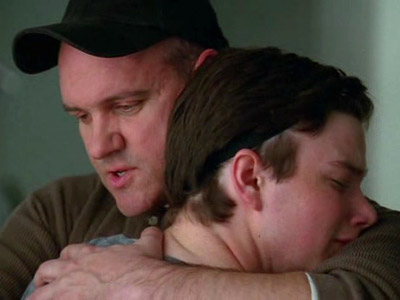 I have read about the actor that plays Burt getting his own show and being to busy for Glee, blah, blah. The character of Burt was also in the hospital after having a heart attack, which brought him near death. I think that was hard enough for Kurt to go through though… and now he is also Fin’s dad in a way… and I think that, once again, this death would be a little too much. Especially with everything they’ve put Kurt through this season. 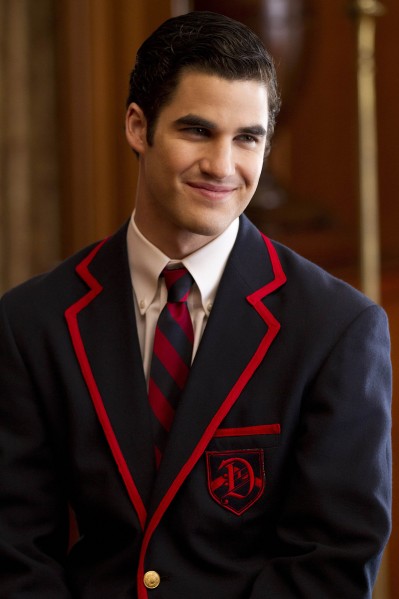 Another death that would inflict way too much pain and suffering on Kurt… I really hope this isn’t happening because Kurt does not deserve that!!! Come on… let’s stop hurting Kurt, die down a little on the It Gets Better theme, and make Glee fun again. AKA don’t kill Blaine. 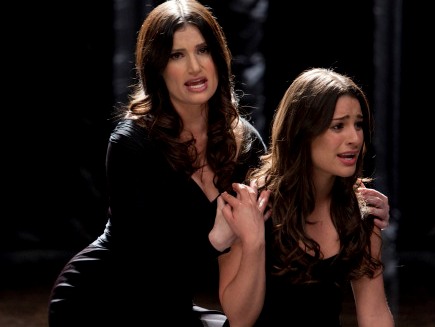 I think this would make the most sense… It wouldn’t be TOO dramatic and depressing for the show’s optimistic theme. But it would definitely still bring sadness to the show… seeing as she is Rachel’s mother and she did adopt Quinn’s baby (who she had with Puck). I think this would get everyone involved since these kids love incest, and would bring the baby back into play. Also, the audience doesn’t know Rachel’s mom well enough to sob over her death – and neither does Rachel really – so once again, it would be fitting.

So there you have it… My 5 (or 6) picks for the big Glee death tomorrow night. I really do think that Glee is an optimistic, witty show that always puts me in a great mood – and that is why I love it. Sure, sad things happen in the show… but killing off someone to hurt Kurt or deepen the It Gets Better plot wouldn’t be right. They need to TONE IT DOWN. That’s why I think they may be taking the light off of Kurt and putting it on Sue with the death of her sister, or Rachel by having her lose a mother (OR Jesse St James – Rachel’s dramatic personality would make that death even more dramatic than it should be). Anyway, we know its not April Rhodes or Terri Shuster because they were spotted filming a newer episode. So, I guess we’ll find out soon…

Ughh the anticipation is killing me. Leave your thoughts below!

How To Tell If Your Boyfriend Is Gay