After countless hours spent examining the inner ramblings of the male mind, I have discovered one single, solitary question that every man secretly hates answering. No, I’m not talking about the ‘Do I look fat in this prom dress circa ‘97?’ question, because that’s no secret (guys hate those no-brainers openly and honestly). The question I’m referring to falls under the radar, so much so, in fact, that the answer might shock you.

“Want to go to the movies?”

Not exactly what you had in mind, right? I mean, why would anyone (especially a man) actively refute the idea of snacking on junk food whilst being entertained by a 50-foot movie screen? The hard truth of the matter is that no amount of overly priced buttered popcorn or promises of endless Cookie Dough bites is consolation enough for the experience that men subject themselves to when they venture on a movie date with their significant others. Because while they’re standing in line at the concession stand, mentally preparing to sit through another cliché rom com, they’re wondering if the junk food is worth the two hours that they’re about to waste watching Josh Duhamel court the pretty blonde, pretty drop-dead-gorgeous tourist who just happens to have a dark and mysterious past (sound familiar?). And in all honesty, how can we blame them? Don’t we, as couples deserve a plot that breaks the traditional “battered woman, brolic man,” mold? Wouldn’t we rather laugh at a normal couple, engaging in normal, everyday arguments about expired milk and crayoned walls? Does this type of modern film even exist?

The answer is yes. Although technically, the official name is About Time.

In collaboration with Universal Pictures, filmmaker Richard Curtis (aka, the brilliant man who gave us the ever-popular, Love Actually) raises the bar yet again with his latest work, About Time, which explores characters’ interactions with drama and adventure, the bewildering process of “falling in love” (perhaps more than once), and making the most of the time we are given. Starring Domhnall Gleeson and Rachel McAdams, About Time takes the concept of the modern day romantic comedy and throws it right out the overwrought window it flew in through.

At the symbolic age of 21, Tim Lake (Gleeson) is endowed with an unimaginable skill: time travel. Armed with advice from his spirited, beloved father and best friend, Tim embarks on a journey through time to do the strangely impossible – get a girlfriend. Through a series of backfired plans, awkward encounters, and old-fashioned romance, Tim finds the love of his life in Mary (McAdams), an insecure, beautiful woman with whom he has the pleasure of courting more than once (#timetravelproblems). As the story unfolds, Tim uses his powers for better (i.e., choosing a best man to give an appropriate speech at his wedding) and for worse (i.e., recreating his first intimate moment with Mary because it just wasn’t perfect enough the first time around), all the while discovering that time travel cannot solve all of his uphill battles.

You’ll laugh (particularly often, thanks to the effortlessly crafted comedic banter), you’ll cry (reserve this time for the touching scenes; you’ll see them coming), and most importantly, you’ll realize that time is a gift which should never be trivialized or wasted.

Ladies, trust me, this is one movie that’s girlfriend-tested and boyfriend-approved. 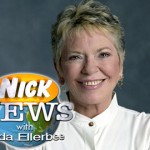 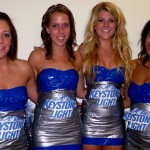 How Are You Supposed to Celebrate Halloween in Your Mid-20s?