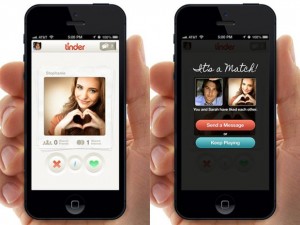 For someone who is employed by the Internet, I am incredibly technologically inept.  I mean, a few months ago, I learned prefixing a web address with “www” is no longer necessary.  When I heard about “Tinder”  I was leery of giving it a try, largely because I knew there was a 100% chance I would figure out a way to fuck it up.  Because I’m a glutton for punishment, I decided to download the app that’s simultaneously ruined and revolutionized dating.

At first, I thought Tinder was brilliant – I could be as judgmental as I wanted without seeming like a huge bitch, because nobody had to know what I was saying or thinking about them!  Unibrow?  LEFT.  Douche-y name?  LEFT.  Shirtless picture?  LEFT.  Guy in a suit?  RIGHT.  Facial hair?  RIGHT.  Is he playing an instrument?  RIGHT.  I used to go on Tinder benders where I would just mindlessly swipe away at my smart phone’s screen like a cat pawing at one of those weird dangly mouse toys.  Plus, every time I got a match (which was often, but I’ll delve into that theory later), I did a little happy dance knowing someone thought I was attractive based off the pictures I spent time painstakingly choosing.

I’ve never met anyone in person I’ve encountered on Tinder, because I don’t exactly have the best track record when it comes to bringing virtual dating to life.  I once considered it, but then I realized that would mean canceling my Seamless order and washing my hair, so I was like “eh, better not.”  I know, fucking shocking I’m single, right?

As convenient and hilarious as the app might be, it’s actually ruined dating and relationships for all millenials.

We’re the generation that not only revels in instant gratification, but we expect and demand it.  Virtually any and everything we could want is at the touch of a button, the click of a mouse, or a swipe on a smart phone.  Because of the conveniences we experience every day, it should come as no surprise 20-somethings are having a harder time finding and building lasting relationships.  Because of the convenience of apps such as Tinder, we’re not even required to interact with someone before deciding whether or not we want to date them .  You can actually give someone the yes or no from the comfort of your own home; and you’re doing so based only off of their appearance.

Dating is supposed to be about leaving your comfort zone, meeting new people and figuring out who you click with and who you’re attracted to.  Have we really become so reliant on technology we no longer value face to face interaction, even in something as intimate as dating?  Apparently so.

Even if Tinder users do decide to meet in person , it’s still important to note they decided to do so because they agreed on compatibility strictly based off of a few pictures.  There’s no integrity in dating anymore; there’s no waiting for the perfect moment to ask someone out, there’s no spending a few months flirting before finally having a drink; it’s simply as easy as sending a “hey what’s up” message because you both swiped left.

It is also worth noting that Tinder fuels the notion of “there’s plenty of fish in the sea.”  While it’s important for people to realize there is someone out there for everyone, this is an app where you can continue to swipe through people until you’re satisfied.  Does this perpetuate the idea that there’s no need to pursue or put effort into a relationship, because there will always be someone else out there?  Is everyone adopting the mentality that people are in such large commodity you can simply disregard them at will?

As much fun as it might be to know someone else finds you attractive, it’s also important to realize there’s a good chance nobody is taking the app seriously.  I’m almost positive most guys swipe right on almost every girl possible, hoping to increase their chances of even possibly getting laid.  You know that creepy guy who goes around parties and asks girls why they aren’t smiling and will take anything he can get?  THAT, my friends, is the average Tinder user, and THAT is nothing to strive for.

So put the phones down and put yourself out there.  Sure, it’s awkward as fuck to talk to someone at a bar, and it’s terrifying to think about getting shut down in person, but it’s a lot better than knowing you were quite possibly someone’s 5th or 6th choice out of hundreds on a free smart phone app.

30 Questions for the Male Species 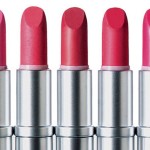