Fact: The 5th hour of the flight is when everyone stops holding in their farts.

I’d like to address an issue I encountered while traveling overseas recently. On a flight to England I learned something. The 5th hour of the flight is when everyone stops holding in their farts.

Perhaps it’s when the plane food starts kicking in, or people just no longer give a fuck, but all I know is that someone in the aisle next to me was tearing ass for the better portion of the Atlantic ocean, and I am not okay with it. If anyone has traveled over the holidays, I’m sure most of you know, there is this guy (or gal), on every flight.

This issue needs to be addressed at both a societal and individual level. Forget see something say something. 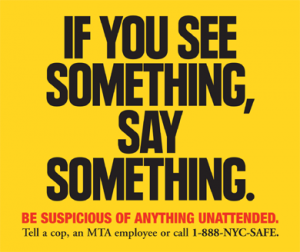 If I SMELL something, I’m saying something.

First of all, being 30,000 feet above the ocean gives me enough anxiety as it is, so my plan for the plane was to sit back, relax, and take some drugs so I could sleep. I was 3 songs into my “chill” playlist when all of the sudden I was awoken by a dank ass fart. I went through a range of emotions. At first I was curious, then I was angry, and then I was just offended.

Did I do that? No. I didn’t. SERIOUSLY THOUGH, WHO DID? Here are my main issues.

IT’S TERRORISM: Everyone is guilty of some innocent cropdusting here and there. That’s a misdemeanor…the jaywalking of flatulence crimes if you will. But farting on airplanes is an act of terrorism. Think about it. You’re not in a car. You can’t just roll a window down. It’s an enclosed space with no new air coming in, so you’re essentially just breathing in people’s recycled farts.. You’re literally in a gas chamber. (It’s ok guys, I’m Jewish)

I guess the main question is why does this happen? And more importantly, what can we do about it?

CHIPOTLE, REALLY? One reason for this madness is that people are not eating food they should be eating when they know they’re not supposed to fart for 6 hours. I mean, come on. If you eat a burrito before getting on a transatlantic flight, you’re just an asshole. Let’s say you do skip the airport food and wait to see what delicious cuisine American Airlines has whipped up for you, do you really think this will agree with your stomach any more? I think airlines need to simplify their menu. Nothing they serve needs to be in French, or include cream sauce.

WALK OF SHAME: The other issue, and I know this is lavatorial, but if you’ve made it this far, you’re doin great. Real talk: No one wants to shit on a plane. The bathrooms are tiny, and every time you go in there are 50 people who are silently timing you, judging how long you’ve been. You walk out, avoid eye contact, and wish you could turn around and scream “IT’S NOT WHAT IT LOOKS LIKE!!” But suppose it WAS? To me, these people are the real heroes.

TAKE CARE OF IT: A fart is nothing more than your ass’s way of saying “Take care of it, take care of it now.”   Any coward can sit there and blame a fart on the dude in 22J. But a real hero can get up, take care of business, and sit down, knowing they made the flight that much more comfortable for themselves, and their fellow passengers.

What I’m saying is, if we have to put our iPhones on airplane mode, maybe we should do the same for our assholes. 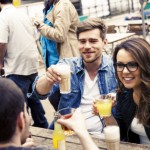