I must admit, I did not watch the previous season of The Bachelorette because I was just not a fan of Des, but when my mother and sister found out that Juan Pablo was the next Bachelor, you’d have thought that he was going to marry one of them – they were that excited.

Personally, I didn’t see what all the hubbub was about. Sure, he’s attractive, but isn’t that like a requirement for all contestants? I’ve never seen an ugly, or even average looking Bachelor/Bachelorette contestant EVER. I concluded that it had to be his accent and consequential language barrier that was driving all of these women absolutely mad. (I more prefer a British accent, but hey that’s just me). Regardless, I watched a few episodes of this season sporadically, only because I watch The Following at 9, and my mom would switch back and forth between the shows – such a drama addict. I couldn’t tell you many of the girls’ names, either, except for the final three or four.

Luckily, though, I’m only writing about Monday night, which I ashamedly watched with undying enthusiasm. Possibly one of the most dramatic exits in Bachelor history, and I got to witness it. As much as some people didn’t like Claire, I thought her exit was pretty freaking awesome. And I would’ve done something similar.

Backtracking a bit to Claire and Juan Pablo’s scandalous helicopter ride and the “offensive” words he spoke that Claire “couldn’t even repeat.” We all want to know what he had said, of course, and that will come out in supermarket tabloids in time. But what I want to know is, why didn’t Claire say “peace out” after that? What self-respecting woman would let a man speak to her like that, if what he said was so terrible?

I think she knew all along that Juan Pablo wasn’t going to pick her, but she wanted that grandiose dramatic exit after he didn’t pick her. I’m 99% sure she had that speech written out and practiced the night before. She played out the drama and tried to earn the respect of women everywhere. If I hadn’t known the rest of her and JP’s story, I would’ve respected her.

And what about Nikki? Personally I think she’s caught up in a fairytale of her own creation where Juan Pablo is Prince Charming and he’s rescuing her from her sad, single life. While I can see JP’s point about privacy (more on that later), I just don’t think she’s happy with his decisions. She didn’t say much in After the Final Rose, other than that she was in love with him. ALSO, I’m 99.9% sure she thought he was going to let those three sacred words leave his Venezuelan lips during that show. Anyone could see the disappointment in her eyes when he didn’t know what “surprise” Mr. Harrison was talking about. She’ll get tired of his crap; they always do.

As for the man of the hour, I have some thoughts and opinions on him. First of all, he’s a player, like all of the other men who sign up to be the Bachelor. That being said, here’s my take on his unconventional show ending: Juan Pablo is not American, and this presents some issues. All of these women are American, and I’m not saying that international relationships can’t work, but I am saying that it requires a lot of work that most of these snotty, snooty women aren’t willing to put in. With the non-American business comes a language barrier. He doesn’t understand our clichés and colloquialisms, which means he may not understand a thing you’re saying. He has this annoying habit of saying “it’s okay” whenever a woman gets upset with him. This could be because he A. doesn’t actually care, B. doesn’t know how to console others, or C. doesn’t know any other way to say that in English. But most of the time, when he says that, it’s not okay. Another problem with him not being American is the whole “sharing your life with the world” thing we’ve got going on in the States. I can understand him not wanting to say I Love You on television, but you kind of sign up for that when you agree to court twenty-five women for millions of viewers to watch. I get all the stuff about his daughter and setting an example for her, but sometimes he’s kind of a hypocrite with that stuff, too.

JP has a certain honesty-to-a-fault quality to him that I find both irritating and charming. He reminds me of my brother like that – always saying exactly what’s on his mind and not caring/realizing the effect it has on those around him. JP must have said “I’m just being honest” at least twenty times Monday evening, and I have to respect him for that.

As far as his relationship with Nikki goes, my prediction is six more months, give or take. I don’t foresee anyone putting up with that line of BS forever. If he hasn’t said he loves her after nearly six months of being together, I don’t think he ever will. As far as a proposal, that will probably never happen for them. I just hope that this poor girl doesn’t pack up her life and move to Venezuela for this tool.

Any other thoughts/predictions about Juan Pablo and Nikki? I honestly thought he wasn’t going to pick anyone. I’m wrong sometimes, it happens. 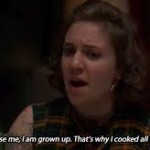