It comes in waves–I blame it on this in-between age we are at, when you can’t help but question everything and anything you stand for when something big happens: a break up, job termination, a blow up fight with friends.  It’s hard not to when our ideals of what life was going to be as children has now veered completely off course.  Therefore, when we are in this state of questioning—what the fuck—we tend to fake it.  When someone asks if you’re okay and you say “yes, I’m fine.”  We fake it to make it, forreal, because if we actually took a pause–we’d completely spiral out. So instead we fake it and put one foot in front of the other like we usually do and pretend we are happy being single, love our entry-level job, and laugh about our bank account being low because it’s easier.  And knowing that we are not alone in this and it won’t always be this way.  That someday in the future all the question marks will turn to periods.

And there it was. My question mark staring me right in the face.

Was that me?  And I realized if I went home with him, it’d be the only time I’d ever had sex to validate my life.  The question mark would no longer be a question, it would be a fact. 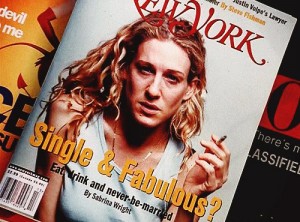 Twenty-Something’s vs. Everyone Else

Carrie’s judgments about twenty-something’s are spot on.  We still drink till we puke, tan, and rent beach houses with too many people so it’s cheaper.  It is also correct in saying that we love to hate on other girls.  Our gender totally drinks the haterade on a daily basis and it’s silly because we should want to be like “yes, as women we are in this together,” but sometimes we bash them behind their backs.  I have no real suggestion on how to change this behavior because frankly, it’s in my nature and why fight it?  But  I can suggest we all learn to embrace our love/hate for each other and the next time I see a girl holding her friend’s hair in a bathroom at a bar–go ahead and hate but also offer to get her some water. 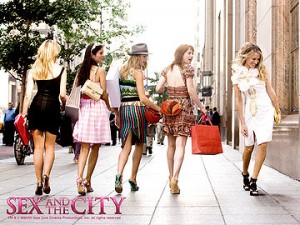 And then I realized something, twenty-something girls are just fabulous, until you see one with the man who broke your heart.

It happens.  People raise an eyebrow about Samantha Jones and now Lena Dunham but we all know the truth of our world.  Some of us are Charlotte and Shoshana’s and some of us are…the opposite.  There’s power to the vagina and and it’s how we use it is what matters most.  This is a time to get off while the getting is good and sometimes using the excuse of “being young and dumb.” But as Carrie reminds us, let’s not forget about romance here and there.

If you’re a thirty something woman living in Manhattan, and you refuse to settle and you’re sexually active, it’s inevitable that you’ll rack up a certain number of partners, but how many men is too many men? Are we simple romantically challenged, or, are we sluts? 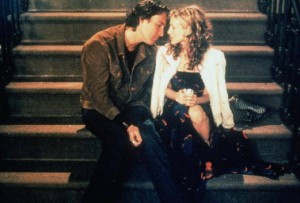 The Art of Being Real

No one should have to make apologies for who they are–especially as women.  We are vulnerable and emotional most of the time and bitchy the next –own it.  At this age, we are inevitably going to make mistakes and majority of them will help define who we are and act when we are thirty-something’s (cringe).  Life is messy and unfortunately, so is this period in our lives.  Therefore, I will continue to always wear clothes with stains because I’m too broke to buy new ones.  And I will definitely continue to buy my 2 Buck Chuck wine from Trader Joe’s and enjoy every last drop because at the end of the day, I’m just a big of a mess as my life is and I don’t care.

“I had a choice, I could sling off the runway and let my inner model die of shame or I could pick myself up flaws and all and finish.” 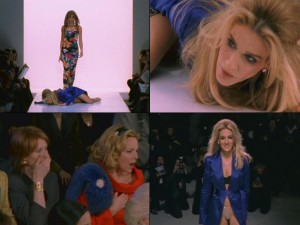 What Goes Around Comes Around

Karma.  It really is a thing and if you don’t believe that it is…it hasn’t come back to you yet.  Everything will come for circle, maybe not today or this year but everyone will get what is coming to them.  I feel like that sounds cliché and that girls only think this when a guy has burned them but it can apply anywhere.  I think it goes back to the golden rule of treating everyone the way you want to be treated.  If you live that way you won’t have to worry about when it’s going to bite you.

“While I ascribed thoughts of karma to fortune cookie psychology, I wondered, does a string of bad dates equal one good one?  And will treating someone badly in one relationship ensure that you’ll be treated badly in the next?  Does everything that goes around come around?  If so, will it come around to bite you in the ass?” 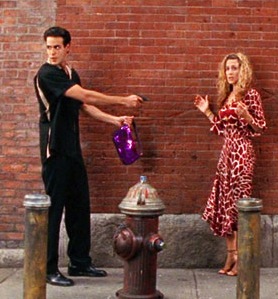 Don’t settle.  That’s what we have been told since day one.  Don’t settle in your professional or personal life.  You should always demand more, demand better, and never settle on something that’s just “okay” when it should be great..especially guys.  I have had this epiphany that as girls we tend to rationalize guy’s red flags into being something we can  “see beyond” or “deal with.”  Don’t.  Stop that.  It should be zsa zsa zu and sparks..maybe not always but there definitely has to be some.  So let’s stop this madness of guys not responding to texts or only wanting to only hang out in a drunk setting.  No.  Butterflies bitches, demand it. 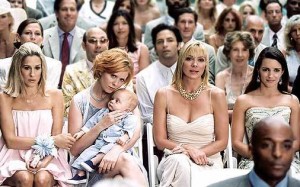 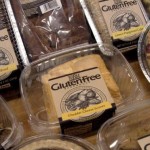