You probably don’t even realize it, but you rely on your smart phone more than humans rely on air (okay, not really, but you get the point). When in an area that has no service, you probably find yourself waving your phone in the air like an idiot or hanging it outside the car window trying to get a signal.  Ever freak out at the thought of going into a basement because you might not be able to send or receive texts? Or how about when you’re about to underground in a subway? And — the worst — when you’re cell phone battery is rounding 10% and NO ONE around you has a charger. Like, how dare they not have a charger for your phone?! The thought of being disconnected makes you sick to your stomach. Because of this reliance on our phones and other smart devices, we need to know everything… and we need to know it, now. But really…

Do you ever ask yourself the below questions or find yourself in a similar situation?

Let’s order food. You’re headed home late from work and don’t feel like making dinner when you get there, but you’re starving. Obviously you need to order something now, before you eat yourself. You really just can’t wait.

What just happened in Oklahoma? Take what happened last Monday for example: the deadly (scary) tornado in Oklahoma. Yeah, you might have heard someone mention it, but when something like that happens, you need to know what happened – now. You need to know just how bad it was, where it was (to see if anyone you know could have been affected), and every other little detail that comes up thereafter.

They just broke up?! Breaking entertainment news cannot go unnoticed — at least not to me. If something big (or little, whatever) happens, I need to know about it… and I need to know now.

Why is there so much traffic? Ever get stuck on the highway at a time when there really shouldn’t be any traffic, but there is? Not only do you have no idea why, but you have no idea when it’s going to end. Sure, you could turn on that AM radio news station that tells you the area’s traffic status every 10 or so minutes, but who wants to wait for that?! They probably wouldn’t even know what’s going on if it just happened. But your phone will…

Chances are, you ask yourself at least 5 of those questions every week (if not more). You’re a millennial, a twentysomething. You need to know everything… and you need to know it now. You don’t understand why you wouldn’t be able to know stuff now. Like, there was a time before smart phones? You wouldn’t know. 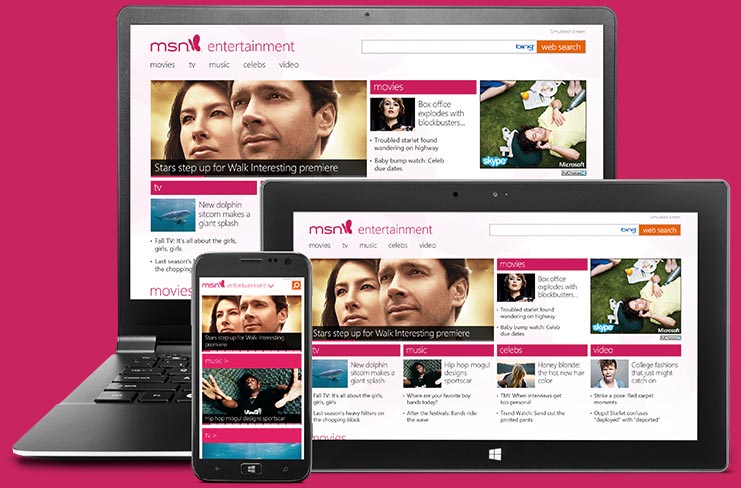 Check it out on your smart phone and see a preview of it here. It has everything you need to know on one, speedy screen. What else could a twenty something ask for?

…Perhaps money to the Microsoft Store?

Yes, that’s right! We’re giving away $25 to the Microsoft Store to one of our lucky readers. All you have to do is share your “Know Now” moments with us in the comments and/or tweet them to us at @forever20tweets using the hashtag #MSNKnowNow. I shared my “Know Now” moments above — AKA when speed was of the essence, especially on mobile. Now you share yours! The contest ends on June 4th at 12pm EST, so enter now! The winner will be announced on June 4th at 3pm EST.

[This post was created in partnership with MSN. Find out more about the all new MSN experience at allnew.msn.com or see it in action on Windows 8, Android, or on iOS at msn.com]

I Am Woman: Diane Savino

How To Spend A Ridiculous Amount Of Money On Vacation