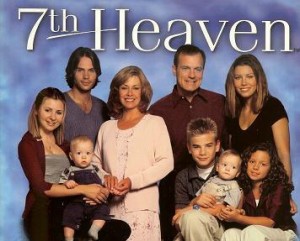 I think it’s safe for me to say I that I probably liked 7th Heaven more than the average person. I was slightly obsessed because it was great.  Eric Camden was pretty much the coolest Reverend dad you could ever imagine and then all of the drama that goes along with having 5, and then 7 when the twins came along, kids was amazing.  Name any sort of teen problem or situation you can think of and it happened on 7th Heaven.

I think you get the point.  7th Heaven, it was like teen drama central…but with a lesson learned almost every episode! 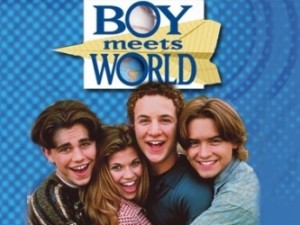 Where do I even start with this wonderful show?  Well, if you didn’t watch it then you obviously were deprived as a child.  For starters, Boy Meets World is hilarious, and actually got funnier as the show went on.  You watched as the characters grew and changed.  Eric started out as a slightly dumb, silly, and cute ladies’ man and then turned into the ridiculously funny and just all around amazingly loveable and slightly crazy Plays with Squirrels.  You watched the ups and downs of growing up among close friends and learned lessons from the smartest man in the world, Mr. Feeny. Oh and you can’t forget the love between Cory and Shawn who basically define the term bromance.  However, the true essence of the show was of course the relationship between Cory and Topanga, aka the most perfect and adorable couple ever.  Boy Meets World gave you characters that you could love and grow up with! 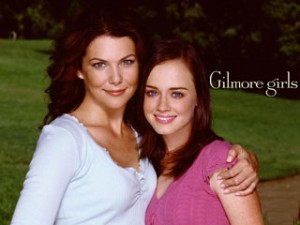 Ahh, the show that made you want to be best friends with your mom, live in a small town, talk with speed and wit, drink coffee, and be the smart girl in town.  I mostly got into this show because my older sister watched it, but that was more than enough to get me hooked.  You not only could enjoy the drama of Rory’s social and love lives but Lorelai’s as well.  Everyone on the show was a little odd and quirky but that was what made it so great; the people were semi normal rather than eerily perfect on most other shows.  There were just so many relationship dynamics to watch and enjoy: Rory and Lorelai, Rory and Dean/Jess/Logan, Lorelai and her parents, Rory and her grandparents, and the list goes on.  But, my absolute favorite part of Gilmore Girls was definitely the tension and buildup of Lorelai and Luke.  I mean, there had been no way that all of their witty banter/flirtation would not result in them dating at some point! Oh, so good. 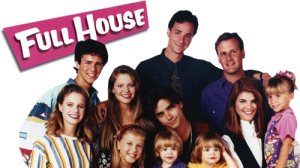 Ok, let’s be real, when you got older the premise of the show, 3 single men living in one house and raising 3 girls, seemed a tad odd and unlikely.  But, it was still amazing and I obviously still watch reruns whenever I can! Full House was more on the corny side and another coming of age show, but it was both the adults and the children that were growing and learning.  You saw how Uncle Jesse went from crazy bachelor rock star to doting husband and father, Stephanie from cute yet pouty (“how rude!”) little girl to teenager going to make out parties, and Michelle go from cute little baby to oddly wise little girl(“you got it dude!”).  It was also always nice of Full House to also point out when a lesson was being learned by playing some slow corny music whenever Danny Tanner knelt down to explain something to the girls.  Plus the show was pretty funny most of the time and featured John Stamos, so what was there to not love?!

Hmm, so now that I’ve been talking about and reminiscing over these amazing shows, I’m thinking that I will have to go on a Netflix rampage by rewatching each one…  Oh yeah, I’m definitely doing it and I cannot wait! And if you weren’t lucky enough to watch these shows growing up, I would definitely suggest doing the same!  Because let’s be real, what else do we have to do most nights than curl up with our laptops?

12 Signs That You Are Still A Child

Are You Too Comfortable?