The summer of 2010 was one of the loneliest summers of my life. Those four months came with the typical trappings of the summer after high school graduation: last hurrahs with old friends, saying goodbye to my hometown, and endless hours at my crappy summer job. As the weeks progressed, my friends started to trickle out of town and on to new adventures in college. Once Labor Day rolled around, though, I found that I was one of the last members of my graduating class still in town. Thanks to Drexel University’s academic quarter system, I was stuck at home until mid-September. It was rough.

That lonely summer aside, I learned to love the quarter system over my four years at Drexel. Unlike the semester system, the quarter system divides the academic year into four 10-12 week terms, with the academic year typically beginning in mid-September. I won’t pretend it wasn’t stressful: classes move pretty quickly compared to those at a semester system school and you often end up having mid-terms about three weeks into a course. The quick turnaround did allow me to take a wider variety of classes, though. And, though I didn’t really enjoy it at the time, the pressure-cooker environment did leave me well-prepared for the real world.

About halfway through any given term, I would have five assignments due in a week, two huge papers due at the end of the term, and several creative projects hanging over my head. Looking back, I’m not entirely sure how I did it. Somehow I learned to juggle all that work, and it’s served me well in the workplace. I was forced to improve my time management skills just to keep my head above water. In a way, this avalanche of assignments mimicked the pace of the professional world I was about to enter. Now when my work to-do list feels a mile long, I think back to my college years and remind myself that I can totally handle it.

Every school with a quarter system operates differently. Some treat their quarters more like trimesters, requiring students to take classes for three consecutive terms with one summer quarter off. My school, however, takes full advantage of the summer term. During my four-year undergraduate program, I only had one summer off. The other two summers were used to offset the two terms used for the co-op program, a kind of full-time internship completed during junior year. I’ll be honest, working through the summer was kind of terrible and didn’t leave a lot of room for hanging at the pool or traveling to exotic locales. I wasn’t quite as shocked when summer rolled around at my first full-time job. Since I was so used to working hard during the summer, I didn’t feel like I was missing out on anything. Plus, with paid time off, I don’t have to worry about planning my travel around breaks in the academic calendar. Win!

While ten week terms don’t give you a ton of time to learn everything about a certain topic, I still think the quarter system fosters curiosity. Since I had more academic terms under the quarter system, I had more opportunities to try out new classes outside of my major. I took courses like “Pulp Fiction” and “Gender, Genre, and Film” that expanded my worldview and allowed me to explore topics I probably wouldn’t have known about otherwise. I’ve managed to stay curious in my post-grad life by checking out books and documentaries on new and interesting subjects. I’ve even taken a few workshops and classes at places like General Assembly to learn new skills. Ultimately, the goal of every university is to create lifelong learners, and – at least in my case – my school successfully did just that.

I don’t regret a thing about attending a quarter system school. Do I feel like I missed out on the rah-rah school spirit that came along with having a school whose calendar actually worked with the college football schedule? Sure, sometimes. And yes, graduating after all my peers did make finding a job a little more difficult. I still stand by the fact that the quarter system made me more resilient, more curious, and more organized. It was definitely the right choice for me.

Did you attend a quarter system school? Share your stories in the comments! 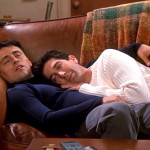 10 Differences Between Thanksgiving in Your Early & Late 20s 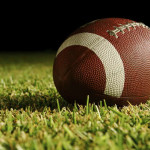