At the beginning of 2016 on January 1st, I looked at myself in my full length mirror and said: this is the Year of Sam.

I was about to give two weeks notice at my old job. I then spent all of my money on a vacation before starting my new job that was supposed to pay me that money back and more. Then, that position didn’t work out, and I was unemployed for half the year. Although doing nothing for six months was fucking fantastic, getting paid would have been better. Things continued to spiral in both my personal life and in the news – other than the fact I got a new job and got engaged. But then I learned I couldn’t afford the wedding I desired, so that sucked.

Now, here we are again. It’s almost January 1st of 2017, and I refuse to refer to this year as the year of Sam, or the year of anything because WHO KNOWS what will happen next. This is why New Year’s Eve is the most overrated, overhyped holiday of all time. Each year on December 31st we celebrate the fact that tomorrow is coming – even though tomorrow comes at the end of every day, literally. And we HAVE NO IDEA WHAT TOMORROW WILL BRING.

I didn’t think like this when I was younger. New Year’s Eve was party time, and I was always SO excited to ring in the new year. I never thought about what it could bring, other than positivity and good change. Now that I’m older, I’ve become much more negative. I am basically on my way to becoming a bitter, cynical, elderly Jewish woman. Which I guess is #science, since I am both getting older and I am Jewish.

All New Year’s Eve means is we’re getting older and time is going by too fast, much like birthdays. This year, I plan to treat it like any other weekend night, because I want to pretend life isn’t flying by. I also have trouble staying up until midnight sometimes so that’s a thing.

Early 20s: Everywhere is so expensive! Let’s go to that same bar we go to every weekend. It’s only $50, and you get party hats and a champagne toast! What a deal!

Late 20s: I refuse to pay anything to get into a bar. I would go on vacation or do a nice dinner or sit on someone’s couch. Or all of the above.

Early 20s: Sparkles! Glitter! Forever 21! Rent the Runway! Even if we’re going to a dive or going to someone’s trashy apartment, I’m going to douse myself in fanciness.

Late 20s: Can I wear yoga pants? Or at least a sweater? It’s cold out.

5. On getting around on NYE

Late 20s: I’m afraid to leave my house because of Uber’s surcharges… *Everyone races to try and invite people over their place first so they don’t have to leave home*

Early 20s: Midnight is at the beginning of the night. The real question is what are we doing AFTER midnight?

Late 20s: I can’t remember the last time I stayed out until midnight!

Early 20s: Let’s do brunch! Hopefully I won’t be too hungover and have to cancel, lololol!

Late 20s: I’m going to work out, run errands, the usual. Definitely can’t drink too too much this year, don’t want to start the year off hungover.

Early 20s: I’m going to lose weight, be organized, drink less, cook more, and be a nicer person this year!

Late 20s: Fuck resolutions. I’m just going to continue doing me this year. Tomorrow is just another day after all. 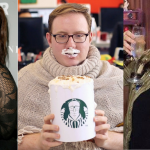 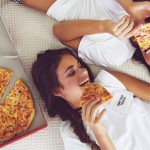