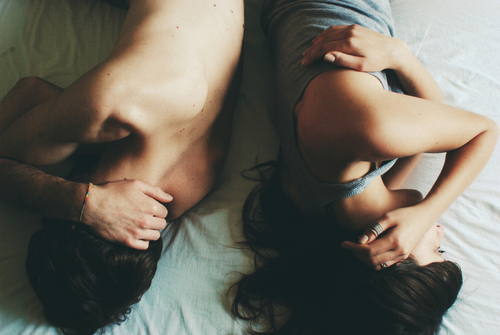 It’s not that it’s over. It’s that it never had a chance to start.

I’ve found myself in a very familiar place again. I guess I can’t be too hard on myself, because I am now able to recognize and walk away from it much sooner, but it still sucks. I guess I’m not as much hurt, as I am disappointed. All those conversations, all that build up, flirtation, and nothing will ever come out of that.

Deep down you know nothing will progress, but you go through the motions, because how else would you reel me in otherwise?

How else would you impress me if you didn’t create expectations you had no intention of meeting? You have done the same thing to me that all the others have. You are shut off emotionally. Or even if you aren’t in the beginning, you know it’s only a matter of time. You throw out your best game. You take me on dates. You consistently reach out and ask about what’s going on in my life. It all seems very promising.

And then one day, there is a shift. It’s subtle. So subtle that if I wanted to I could overlook it.

There is always that first time when we don’t hear back. That first text that goes unanswered. Not for an hour or two hours, but for a whole day, or sometimes more. It may seem insignificant, but the harsh truth is, when you are attracted to someone, your brain prioritizes that person in your mind. You get actual rushes of dopamine and serotonin when you text someone you like. So it is physically impossible to “forget” to respond. Have I forgotten to respond to an acquaintance or someone I’m not sexually attracted to? Yes. Have I ever “forgotten” to respond to someone I wanted to have sex with? No.

Your responses have always been timely, and if they weren’t there was a reason. But this time there is no explanation, just radio silence.

I can tell that this is the first time you are putting a wall up, because we’re getting too close. And the next day when you finally respond, without acknowledging that silence, it confirms what I already know.

Deep down I know you are like this. It’s part of the reason I picked you.

I too have a fear of relationships. I go for emotionally unavailable, because I am emotionally unavailable. It sounds counter-intuitive, but a sting from someone with whom you knew it would never work is better than getting your heart broken by someone with whom you thought it would. But at that moment, all of that is pushed into my subconscious, and I think that maybe you are someone I could let in.

I know that you are doing this on purpose, even though you always have a convenient excuse to explain your consistently inconsistent behavior. I am frustrated because I know that this is the beginning of the end of something that will never have the chance to begin.

You realize that if you don’t start pumping the brakes, you would be at risk of letting someone in. So you slow it down, but not too drastically. Because you like me, you want to keep me around. And that’s the real problem. You may not realize it, but you are being selfish. When you sense that I am losing patience you give excuses or say you’re going to do things that you don’t follow through with. And if I let this continue, you would see nothing wrong with it. If it were up to you, I’d sit here in this limbo and wait for you to figure out what to do with me.

I too have put up my defenses, so finally, you give me “the warning”.

This is where you tell me how good your intentions are and how much you like me, and how much respect you have for me. And then go on to tell me that you have a huge fear of commitment and that you’ve been really hurt in the past.  You say you have a history of being inconsistent, or that you are still not over your ex. You name it, I’ve heard it. These are all versions of the same story. I’m not saying you are a bad guy. I think you are a good guy, who has some work to do. And trust me, I have my fair share cut out for me as well.

I understand that you aren’t trying to hurt anyone, but you are being manipulative. You are using your “drama” to gain sympathy in the hopes that understanding why you’re not treating me the way I deserve to be treated somehow makes it ok.

Then you say the one thing that hurts the most: You are pushing me away because you are afraid of hurting me.

Perhaps you did spare me some pain by warning me that as much as you like me now, you’re afraid you’ll shut me out in 6 months like you do with everyone else. But part of me can’t help but feel if you really liked me, you would try. Maybe I’m more impulsive. Maybe you’re better at taking emotions out of the equation. But I still can’t shake the thought that if you really like someone, your fear takes a backseat and you just try.

You are waving a giant red flag in my face, and if I hang around any longer, the only person I will have to blame is myself.

Part of me wants to sympathize. Part of me wants to believe that you are trying to change and that if I am patient, it will be different with me. But it won’t. The truth is, you did this to the girl before me, you did it to me, and you will do it to the next.

You cushion your warning by telling me you want to be friends, which really means, “I want you in my life but in a limited capacity.”

We weren’t friends before this, so it’s kind of hard to go back to something we never were. Could we be friends? Probably. But we both know that’s not what either of us actually want. You want me around as an option if and when you get your shit together. Because as long as we’re in each other’s lives I won’t forget about you or move on to someone else.

It’s unfortunate. Because no woman worth being with will ever accept this type of behavior. We create our own realities in life. You have developed and internalized this idea about yourself that you simply aren’t capable of being the good guy that you are deep down. You are creating that truth because it protects you. What is it that forces you to bail when things get real? I’m not in a place to answer that. Only you are. And until you do, maybe leave “the girls you are afraid of hurting” alone. 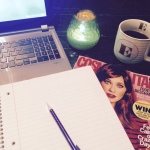 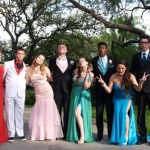