It’s the best of the best of awards season—the Oscars! If you haven’t been paying attention all winter long, this show is the most important, the granddaddy of them all. I mean, the E! Red Carpet lasted THREE full hours instead of the usual two, and it was on ABC, so it’s obviously a big deal. Also, NOBODY UNDERSTANDS THE MANI-CAM. GET RID OF IT.

As per usual, I’ve seen only three of the ten nominated movies (“Frozen”, “American Hustle” and “The Wolf of Wall Street”–yes, I’m counting “Frozen”, don’t judge me).

But Ellen was hosting (for the second time), so I knew the show was going to be good. 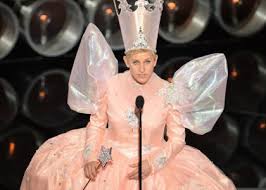 (One of Ellen’s many costume changes)

Here are some of the highlights of the show:

She basically won 2014 Prom Queen. She looks like Cinderella and this was her crowning moment. She’s kiiinda a big deal. 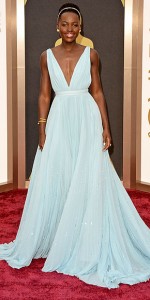 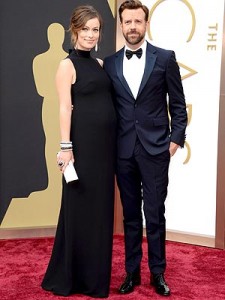 Jordan Catalano won an Oscar and nailed the whole white-tux-and-ombre-hair look. He also won for Best Speech, and it was the first of the night. And he’s a total mama’s boy. #swoon. 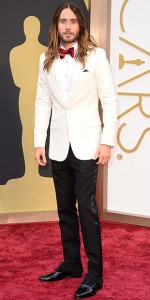 He didn’t wear his infamous hat on the red carpet (that showed up during his performance), but he wore shorts…MAJOR NO-NO. 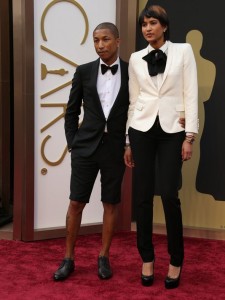 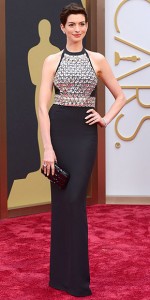 Maybe it was the dark hair and the vampy lipstick, but the black dress was too goth. 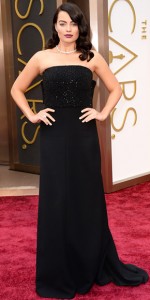 Also at the red carpet: J. Law TRIPPED AND FELL ON HER DRESS. Pharell got Meryl dancing in her seat during his performance of “Happy”.

Channing Tatum got incredibly nervous presenting a bunch of high schoolers who won the Team Oscar presenter award (whatever that is) and we loved it.

Ellen took the most epic selfie with everyone and broke Twitter. 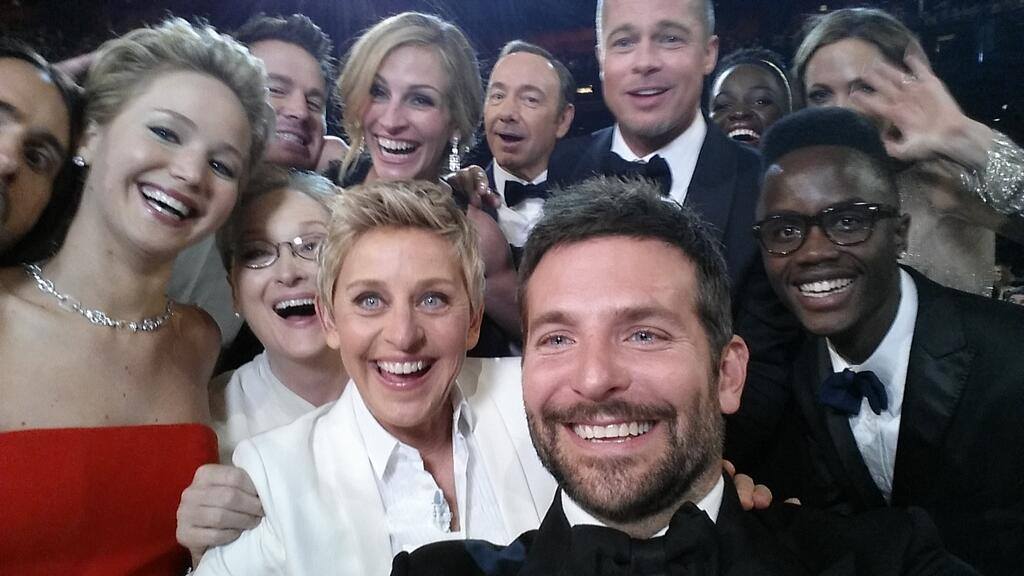 Lucille Austero tried to get in the picture but failed. Somehow, Channing Tatum got in though. HE DOESN’T EVEN GO HERE. 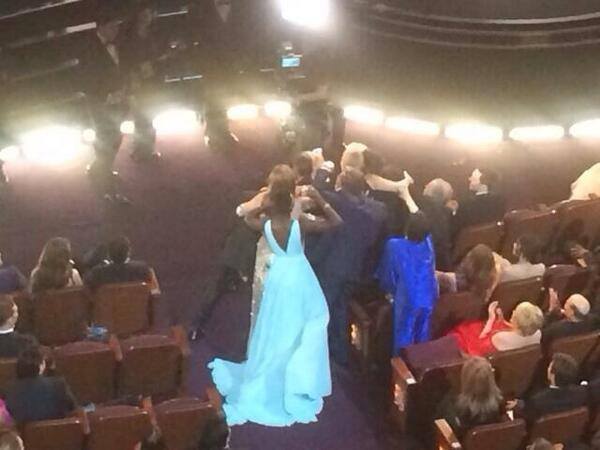 Ellen ordered pizzas for everyone. Pure genius since everyone basically starves themselves before and during the awards ceremony. 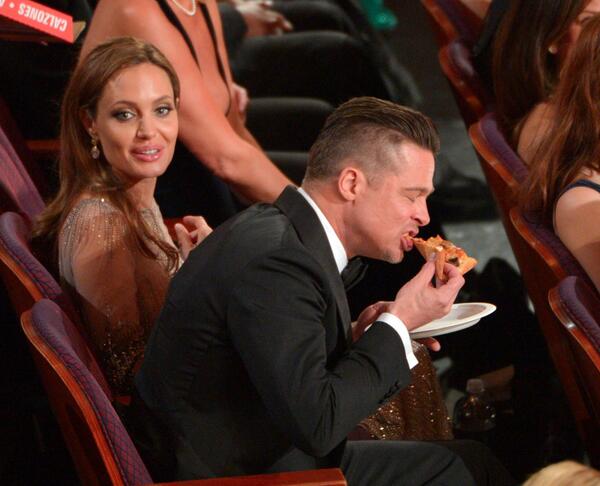 STARS. THEY’RE JUST LIKE US.
Pink sang a tribute to Judy Garland with her rendition of “Somewhere Over The Rainbow”. I was just waiting to see when she was going to suspend in the air. Speaking of, Lady Gaga was on the red carpet…Oh, wait, this isn’t the Grammys?
“Gravity” won a lot of awards. That’s the movie where George and Sandy are stranded in space. You should add that (and Best Picture winner “12 Years A Slave”) to your Netflix queue.

I’m really sad awards season is over. Now what am I gonna do on my Sunday evenings??? It makes me less excited for Mondays even more…