If you graduated in the past couple of years, you are probably wondering why you’re still making the money you’re making, when you’ll get a good promotion, and when you’ll actually receive your dream job. Turns out, you’re not alone. And the thought process begins as soon as you graduate.

Graduation is a rough time for all college seniors. Your entire life has been based on a schedule due to school. You had breaks here and there (sometimes long, sometimes short), but you knew there was an end date to all of them. And even if you weren’t happily looking forward to going back to school and/or classes… you at least knew you had something to do once break ended.

After college graduation, you start a brand new break. One that doesn’t end until you start working. And after after you start working, there’s no end date on that either. It’s not an internship. It’s not going to end in 3 or 6 months… unless you get fired, laid off, or if the position was temporary. But even if it is a 6 month temporary position, you don’t have school to go back to after it’s over… you have to search for another job. Work is now what you will be doing for the rest of your life until you retire… whether you like it or not. And yes – being a housewife is technically still a job too (if you were a lazy couch potato all day, do you really think your rich husband would still be with you feeding you millions of dollars? doubt it).

…Most 20-Somethings aren’t crazy about their jobs, but think they’re ‘okay’ for now and will help them climb that career ladder.

…Some people wish for the ‘dream job‘ right out of college… and since they don’t yet have it, they don’t exactly like their jobs.

…A lot of 20-Somethings do NOT like their jobs. 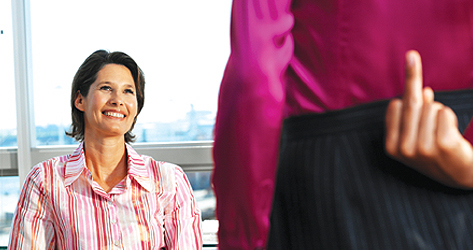 …A few people really do like their jobs (the money, location, work, industry).

…Some people started their job with an internship.

…People can barely save, if at all. 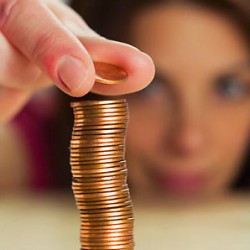 …A lot of people still live at home (not by choice).

By doing my own personal research (AKA talking to friends), I have found that some recent graduates make a decent amount of money. However, this has to do with what they majored in and what industry they’re in. Also, we have to remember that some careers cap at a certain salary – where others start at lowest of the lows and have the chance to go up to the highest of the highs. Not to mention, some people have loads of student loans… and others have none. So you can compare people all you want, but everyone has it their own way.

In the end, your happiness is the only thing that matters. Not who is making the most money. And not who has the coolest title. If you enjoy what you’re doing, chances are you’ll excel in your field because you’ll be more ambitious than others who are doing work as a means to an end… or just to pay the bills. This, my friends, is the difference between a career and a job. And if you’re still working a ‘job,’ that’s fine… A lot of people figure out they want to go in a completely different field than the one they studied in college – and they can figure this out in their 20s, 30s, and even in their 40s!

What we have learned from our research is that most 20-somethings make SHIT money. There are quite a few people who make decent money, but most of it is gone after paying rent, student loans, and other bills. There are also a lot of post-grads who aren’t salaried (meaning no benefits). And a lot of people work temp or freelance jobs with the hope of them becoming permanent. Jobs know we’re willing to take anything because the economy is so bad… and because of that, they know they can basically pay us anything because we’ll accept the job offer. I mean, it’s better than nothing, right?

So if you are still looking for a job, or are still attempting to leave your current job, don’t freak out. It can take a while. Maybe you’ll be lucky and score a job before you graduate… or maybe it will take a year and a half. Maybe you’ll stay at your boring, dead-end job for a year until you get a job offer for a position you’ve been dying for… or maybe you will end up staying at that dead-end job longer than you expected. The average amount of time it took our readers to get a job out of college was 4 and a half months. So don’t give up – your time will come!

For now, enjoy your low salaries, loan payments, and binge drinking lifestyle – because one day you’ll look back on it and say, ‘Hey… my 20s weren’t so bad after all… bring me back… please.’

Thoughts From An Angry Apartment Hunter