First things first: Spencer is not a sofa. She can’t be repositioned… Or can she? Also, super cool of you, Spence, to yell and scream at your mom who is hiring some dude to help you get in to college. A lot of people would kill for that… Including your ‘poor’ friends… coughemilycough. #SpoiledBetch. And also a #NerdyBetch. Spencer made a Game of Thrones reference. It was weird.

When Paige is away, Emily will play. Or use Spencer’s college coach to help her find a way to go to college without paying for it. Daddy just can’t afford Stanford… WAHHHH. So hello sorority scholarship at the ‘podunk’ (whatever that means) college that Spencer hates… Way to hate on Em’s ambitions, Spence. Looks like you won’t be getting any of that pizza! Back to the sorority — 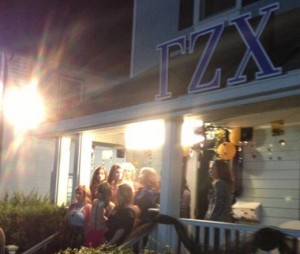 These girls really need to stop messing with their mother’s lives. If Ella wants to flee the country with her statutory boyfriend, Ella can do just that. I understand you want to ship your mom off so she doesn’t get attacked by bees again… but A is everywhere. A has a plane. I have a feeling sending mommy off might make it worse. In other news, there was a huge build up of ‘the return of Mike.’ Mike had a maximum of two lines and used the phrase ‘frisky with Fitz’ and also said something along the lines of ‘boffy’ which I think was supposed to mean ‘fucking.’ No teenager talks like that. Also, Lucy Hale is horrible at fake crying. And how did Aria get over Ezra so fast? Like, any girl knows she would be bringing him up at least five times a day.

Don’t even get me started on Hannah. Her whole story is flat out ridic. First, were we supposed to be scared of Hannah’s dream that her mom’s hair was falling out? She wasn’t even bald. Some people cut their hair that short to be stylish. That was really a nightmare? 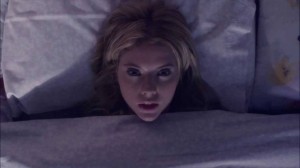 Even Spencer thought she was trippin’. Oh, BRITNEY SHEARS. You are cray. Second, Fashion Institute? How would she get in? Does she study? Does she do work? Third, picking up the other cordless phone conveniently located in the kitchen to eavesdrop on your mom’s conv… What is this? 2001?! Do people even have landlines anymore? And finally, WHY DID SHE TAKE THE GUN? To a sorority party?

And then WHY DID SHE ATTEMPT TO BURY IT IN THE WOODS? No words. No words. It almost makes me want to stop watching PLL. Like, there was a better more realistic (yet still not realistic at all) way to get Hannah in trouble. The gun thing… Ugh… just UGH.

Where dat bitch at?

Don’t bring a gun to a sorority party. Because that’s what people do.

That high school students do not go to visit colleges at the same time (they tried to make this assumption on The OC too… ITS NOT TRUE). This would actually be impossible.

How it isn’t Winter yet… or Christmas… or Thanksgiving. It was Halloween during season 3. Now, mid-season 4, it’s not even Thanksgiving. And even if they ignored T-givs, they can’t ignore Christmas… or just the change in seasons. They’re in PA! Not LA or Miami. It gets cold there and they’re still strolling around in tank tops. I mean, it couldn’t have only been 2 or 3 weeks since the Halloween episode. Aria and Ezra broke up a while ago right? And Ella started dating the boy a while ago… So, like, I’m confused. Are you?

That normal college students do not party by throwing toilet paper on trees.

Why the girls love running into the woods when it’s not necessary in the dark.

What happened to Tippy? She’s called Tippy for a reason… And we need more tips!

What that room is, and why the number is connected to it. Doesn’t it look the like creepy place A plays records sometimes? Weirrrrrd.

Who Carla Grunwold is. That betch be a grandma full of secrets! Perhaps ‘A’ is a family business. Guess we’ll find out soon!