I’m getting a little sick of this.

WHAT SEASON IS IT REALLY on Pretty Little Liars right now?

The Halloween episode was in October, and we are nearly done with this season already meaning it’s at least November. However, Thanksgiving hasn’t rolled around yet (unless we ignore every holiday on PLL except Halloween)… so has this season really only been a week long in real-life time?!?! And even if it has been a week long (which makes zero sense), WHY/HOW IS ARIA PRANCING AROUND SANS COAT AT SYRACUSE IN NOVEMBER/POSSIBLY DECEMBER? No one goes near bodies of water in central New York (I would have said upstate New York, but I went to Ithaca so I know it’s actually central New York) in November sans jackets. Maybe – just maybe – some girls go out at night in dresses without tights, but without jackets? No.

And why is it always so damn nice out?? This goes for Rosewood too. Hannah was eating outside at a restaurant. So I will ask again, WHAT SEASON IS IT REALLY?

Anyway… let’s dive into the other parts of the episode that I questioned and other fun stuff.

At first when we saw Aria making out with a random at a frat party, I thought she was going post-breakup betch crazy by showing her WILD side. But no.

She was at a frat party with a MAN, who was supposedly in high school as well, but looked like he was in his 30s, and also like the man her mom is dating, that I believe she already knew. Because if she didn’t know him already, did she go to a frat party on campus by herself and meet him there? How would she even know about the party? And if she did already know this guy, HOW DID SHE KNOW HIM? And how did their relationship escalate so quickly? Like, holding hands in public? AND AGAIN, THIS CAN’T BE AFTER OCTOBER. 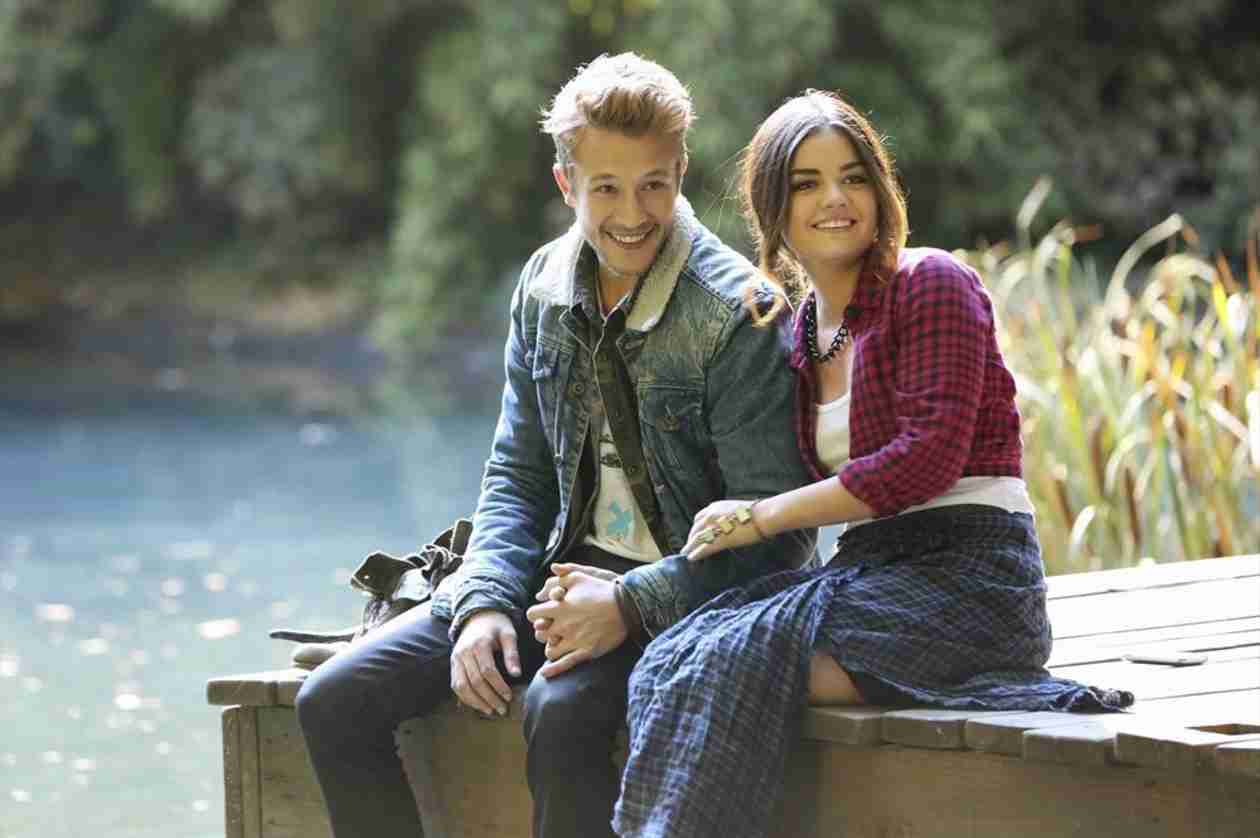 Where does 17 year old Aria find these overly romantic dudes all the time? Because I’m pretty sure these guys don’t exist. If she does attend Syracuse in the future, she will probably be very disappointed by the way frat boys actually treat girls. They ain’t no Ezras.

Anyway — while I didn’t get the romance between the man and Aria, I did get that it was supposed to show her “getting over Ezra” … but then the minute she stepped foot in Rosewood she went to his apartment.

NOW, if you REALLY don’t want to see or hear from your ex again, you wouldn’t go out of your way to contact them never mind show up at their apartment and ask to come in. You just wouldn’t reach out to them ever again. By verbally saying GO AWAY, she is basically trying to get him to tell her how much he loves her and beg for forgiveness so he doesn’t have to go away, but he didn’t do that. SO DID EZRA REALLY LOVE ARIA? Probably not. But whatever.

Again with the adderall. Why does Spencer need a live-in life coach to help her through her addy withdrawal? I mean really? REALLY?! And why did her mom pick this guy for the job? 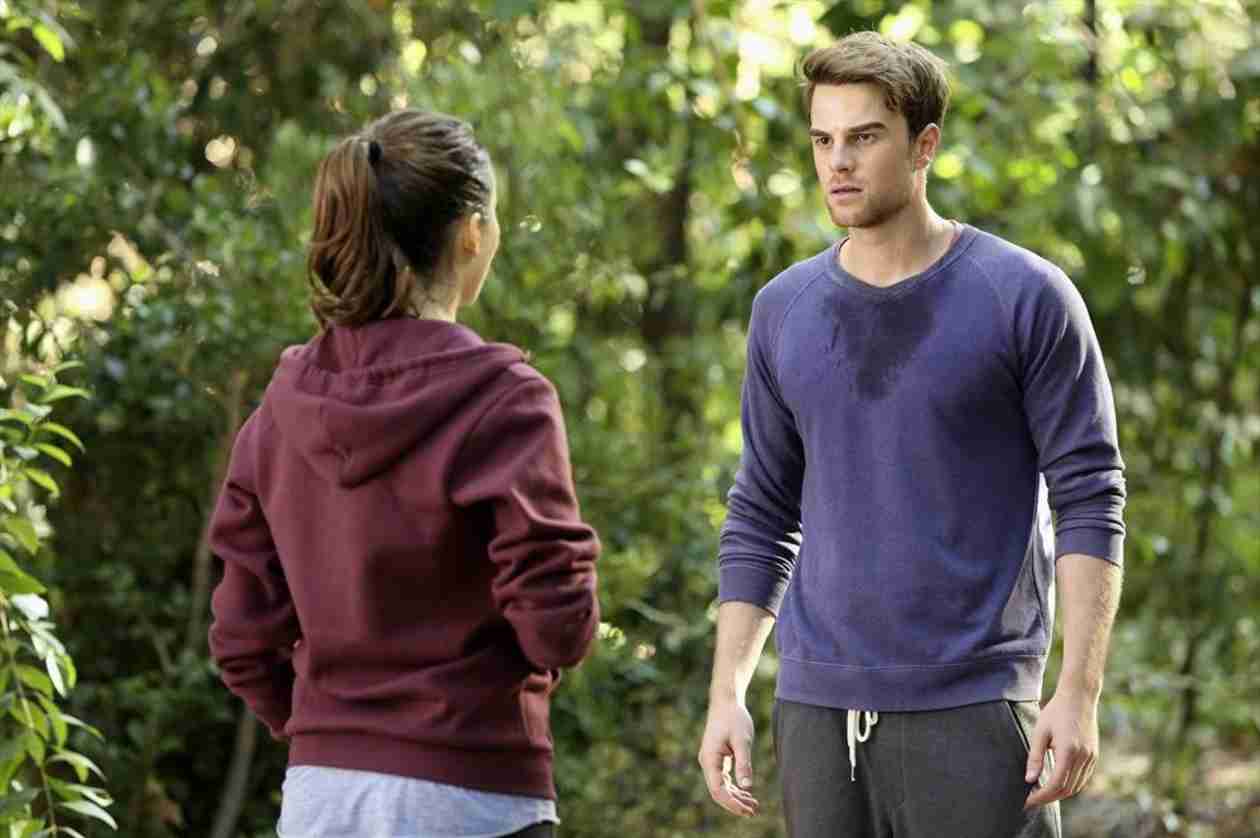 He’s obviously very attractive and very fit… and she knows her daughter tends to gravitate towards older, attractive men that she shouldn’t be in contact with (cough all her sisters’ boyfriends cough), so obvs they’re going to hook up. Or obvs he’s going to be somehow involved with Ali or Ali’s mom or SOMETHING. Nothing is a coincidence in Rosewood.

So the big question – did Spencer try to kill Ali? Do her parents know – or at least think they know – that their daughter “killed” Ali? I mean, I always thought Spencer did it… but who knows. It does make a whole lot of sense that A would be Ali’s mom if she thinks the girls tried to kill her and are still trying to kill her. I mean, it really does make a whole lot of sense.

But what about when she wasn’t in town? What about all the other people who are involved? What about Jason? I would have to watch the whole show over again to figure this one out… but I don’t really want to because if we now knew who A and Ali’s “killer” were, wouldn’t the show be, like, over? I feel a massive plot twist coming yet again during the season finale. Dun dun dun. But really — how long can this go on for?

That is basically how all of my dates go too, so no worries Hannah. What goes on on your iPhone is much more important than what is going on IRL. Duh.

Where is Caleb? His show got cancelled. When is he coming back? 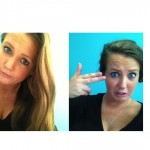 My Life as Comedy Hour: Why I Casually Quit My Job at 23

How To Job Search When You Already Have A Job