In case you didn’t know this, the world was a sad, scary place from 1920 to 1933.  Bars were illegal.  Vodka had to be smuggled.  The prospect of getting a guy to buy you a drink at the bar was actually impossible.  All of these travesties were because of one terrible, terrible Puritan idea:  Prohibition.

That’s right.  Prohibition tried to make America the least fun place on the planet for a few years.  Could you even imagine the panic you would experience upon hearing that type of news?

I’d imagine all you would want to do is throw a few back.  But you wouldn’t be able to, of course, because that would be illegal.

Luckily, some people got smart and decided to open Speakeasys and sell bootleg liquor, which got us through until the dreaded 18th Amendment was finally repealed on December 5, 1933, making life a little better (and boozier) for everyone involved.

But think about it.  If Prohibition hadn’t been repealed, our lives would be so much worse.

We would never know the glory of a cheap vodka pre-game.

Carrie, Miranda, Charlotte and Samantha would never have introduced cosmopolitans to the world.

You would never be able to resort to wine when you went through a break up.

Traveling would be absolutely unbearable.

We would never be able to pretend to be rockstars when an LMFAO single came on, ordering us to take SHOTS.

The cast of Gossip Girl would have never been able to promote underage drinking.

Spring Break would have been way less fun (and regrettable, but that’s neither here nor there).

If Prohibition hadn’t been repealed, you would have no excuse for your less than ideal social behavior at times.

Also, Lindsay Lohan would have NEVER been a train wreck/constant source of entertainment.

And, you never would be able to hide your bitch face by taking a sip of a drink on a failed blind date.

Overall, I think it’s abundantly clear the repeal of Prohibition changed our lives for the better.

Naturally, there’s only one way to celebrate.

Cheers, bitches!  It IS Thirsty Thursday, after all. 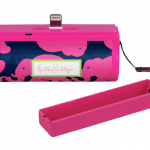 12 Days of Gifts & Giveaways: What To Get Your Girlfriend (Lilly Pulitzer Giveaway!) 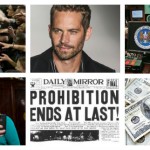 So…That Happened: …But At Least We Have Booze