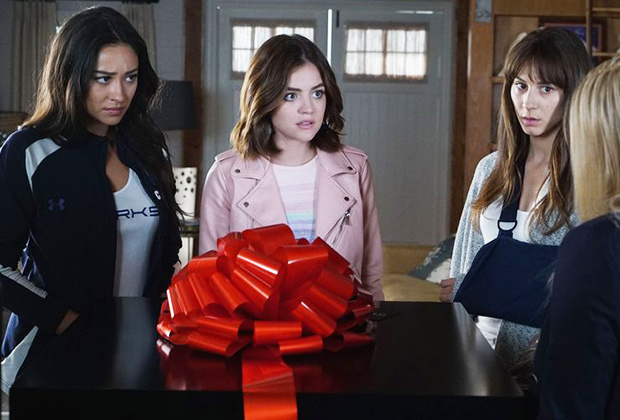 I have been debating writing about the return of ‘Pretty Little Liars’ all day. Basically, I’m still confused as to what I would write about it. Like, what happened? What is supposed to happen next? What are we supposed to want to know? Why have we figured out who A is 600,000 times to be left figuring out who A is again the next episode? Why do you expect me to still care when you keep tricking me? I mean, at this point one can just assume that the show will end with us figuring out who ‘Uber A’ is only to be left with the mystery of who ‘Chief of Staff A’ is, which we will find out in a movie that will lead us to the mystery of who ‘President A’ is and then there will a series of sequels, and eventually the girls will wake up in the barn at 15 and Spencer will realize that she just had, like, a really weird dream.

But that’s not going to happen, right?

Here are # questions I have after watching the season 7b premiere (sounds weird, but #usedtoit) that need to be answered immede, or at least by the series finale.

Honestly,  I really don’t care who ‘A’ or ‘[insert word describing type of A] A’ is anymore. At this point, I really just want to know who is torturing these ladies and also how this person is so good at technology.

She was blind and then she wasn’t and then she was and then she wasn’t and I DON’T GET IT. I mean, ‘bitch could see’ at one point after the ‘accident.’ She could still be fucking with us. Maybe. Also, if a group of five moronic teenagers left me blind, I would probably want revenge too. So can we reallyyyyyyyy blame Jenna for being somehow involved in this high-tech ‘torture the popular girls even though we graduated high school a million years ago’ scheme?

Side note: Why was Jenna being served food on a lunch tray at the end of the half season premiere? It was thrown on her lap like she was in some sort of prison. Me confused.

3. Why haven’t Alison and Spencer bonded over the fact they are sisters?

Alison was so excited to have Charlotte as a sister. Shouldn’t she be excited that she now has another sister again? This is getting way too incestual. It’s like, is everyone in Rosewood a half sibling? Do everyone’s parents fuck each other, say NDB, and stay married to the person they’re legally married to and also fucking?

4. Why the FUCK is Spencer’s mom (I mean, uh, her adopted mom… not her birth mom… which is still her MOM, okay?!) still with her dad?

Peter Hastings is fucking scum of the earth. Not only did he have an affair with another woman that resulted in a child, but HE DID IT AGAIN years later, resulting in the birth of another child, Spencer. Meanwhile, Spencer and Allison were born the same year. THIS MAN IMPREGNATED TWO WOMEN AT THE SAME TIME. But back to Spencer’s mom. There has to be a reason she is still with this man. Is it A? Has A been around since Spencer was born? I mean, there really is no logical explanation to Veronica Hastings not getting a divorce. Or the dad. Like clearly he wanted other P. IT MAKES ZERO SENSE.

5. Who is Charlotte’s dad? Because if it was Peter ‘Loves To Fuck’ Hastings, I can’t.

I mean, I wouldn’t be surprised. But I also can’t. That would mean Charlotte and Spencer would be full siblings, instead of just half, which is weird to begin with. If Charlotte’s dad is another dude, can someone please tell me how Mary Drake managed to get pregnant two different times by at least one man she met OUTSIDE of the mental home while living in a mental home.

6. WHY DID A SMALL GHOST CHILD SHOW UP TO HANNAH’S HOUSE IN SEASON 3?

This was the ~SAME~ girl that appeared in the horror story Alison told in the season 2 Halloween special that took place in the past. Who are these twins? Why is there a ghost? Was the horror story she told true? Why did she show up again at Hannah’s house? Why why why why why. If this becomes an unanswered plot hole after the show ends, I will revolt. Do you hear me, I Marlene King? You better start doing some serious rewrites if you don’t want to feel my wrath.

We know (or we at least hope we know) that not all (if any) of these high school romances are going to last forever. So… are any of them going to make it? Because the odds are in no one’s favor right now, and the show would be extremely unrealistic if Toby/Spencer, Emily and Paige or Allison, Caleb/Hannah, and Aria/Ezra all stayed together. Like, I just eye rolled myself blind. If I had to pick a couple, I would OBVIOUSLY pick Caleb and Hannah, but either one of them is A-team status or they are related because 1. everyone seems to be related somehow on this show and 2. there would be no easier way to crush our spirits.

8. Is anyone ever going to find out that Hannah’s mom stole all that money in season 1?

Am I the only one who cares about this? She took a fuck ton of money from a random person at her old job and somehow got away with it even though A knew? You can’t just go through life stealing money and getting away with it. Something is not right here. Could this be proof that Hannah is possibly evil?

9. If Aria is Large/Uber/Mob Boss A, how why what where when how?

As far as we know, she is not involved in this [literal] family affair where everyone is related. Or maybe she is. Her dad did fuck a girl close to his daughters age. Maybe he also had sex with Jessica Dilaurentis. Or Mary Drake. Mayyyyybe Byron is Charlotte’s DAD. Maybe Aria was adopted. Anything is possible.

10. By the time ‘Pretty Little Liars’ becomes a movie, will I be too old to see it? 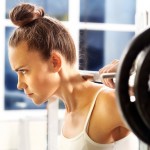 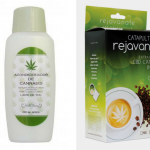