If you are looking for an escape from the reality of being a poor 20-something with a mediocre social life, ABC can give you just what the doctor ordered: Revenge.

Revenge is hands down the best show on television right now (at least out of all the shows I watch). It is jam packed with edge-of-your-seat plot twists, faux relationships (and people), and cracked out drama. If you missed season one, you have until this upcoming Fall to catch up. That’s a decent amount of time to hack into a friend’s Hulu and/or NetFlix account. No excuses.

The show revolves around a young woman named both Amanda and Emily (yes, she has two names) who is trying to get revenge on the people who framed her father for a nasty terrorist attack and then later had him killed in jail. After her father died, Amanda Clarke turned badass and ended up in juvi. There, she met the annoying murderer, Emily Thorne, whose name she took after she was freed at age 18. When leaving juvi she met pre-gay Nolan, who gave her a box of shit that her father, David Clarke, wanted her to have. That box was filled with evidence that her father was innocent… meaning Amanda was not the daughter of a terrorist. Oh, and her dad left her with, like, millions of dollars. NBD. 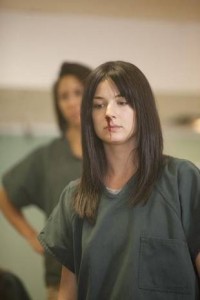 After this, Amanda finds an Asian dude to turn her into a matrix-fighting black belt, creeps on the Hamptons – where she grew up and where the Grayson’s (the powerful fam who framed her father) live – to get info, and makes a list (equipped with pictures) of all the people she needs to befriend, marry, and kill. Years later, she dyes her blonde so no one will be able to recognize her (this is serious) and moves into the house next to the Graysons as a pretty girl named Emily. Not to mention, the house she moves into is the one she grew up in. The one David Clarke lived in.

She teams up with Nolan, even though she thinks he’s super annoying… but it’s okay because he’s, like, the wealthiest guy ever and is smarter than Mark Zuckerberg. Nolan constantly reminds her that her father didn’t want her to hurt other people – he just wanted her to know the truth and move on, but clearly Amanda – or wait… now Emily – doesn’t give a shit. Faux-Emily’s first task is to befriend the Grayson son, Daniel, and make him fall in love with her. This of course happens and in no time, the pair are engaged. How Daniel fell in love with a cold bitch who clearly has/had no interest in him, I will never know… but he did. What a moron.

During the season, faux-Emily burns down a guy’s house, causes a divorce, has a crazy twentysomething killed, finds out she has a sister who is a pill-popping addict, and falls in love with her childhood best friend. The problem with the childhood best friend, Jack, is that he falls for Amanda Clarke… as in the faux-Amanda. Faux-Amanda hunted down real Amanda, aka her juvi BFF, and pretended to be her in the Hamptons for a while. After causing trouble (including killing a dude), she disappears for a brief time. During this time, Jack and faux-Emily share a kiss while sitting over a dead dog. #Drama. Good thing faux-Amanda is gone… or is she?

I will admit – I was afraid of where this show was going… until I saw the season finale. That shit cray. Faux-Emily gets revenge (or so she thinks) on the ‘White Haired Man’ who killed her father. She doesn’t kill him though… Just hurts him really badly. In addition to this, Victoria Grayson, queen of the Hamptons and the woman who had an affair/was madly in love with David Clarke, gets ready to head to Washington DC to give all evidence stating that her ex-husband had David framed and killed. Faux-Emily is thrilled that her plan of ‘revenge’ has worked, breaks off her engagement with Daniel (which is okay because the pair is dating in real life anyway), and heads to Jack’s bar to tell him she is the real Amanda Clarke (I see her doing this while rapping Eminem and replacing Slim Shady with Amanda Clarke). However, her plan goes to shit when faux-Amanda shows up preggers with Jack’s baby.

And just when faux-Emily thinks her day can’t get any worse, the ‘White Haired Man’ strikes again and blows up the plane Victoria boarded with all the evidence headed for DC. Victoria is reportedly dead… BUT IS SHE? How can they kill of, like, the best character ever? Did she jump out the plane before it blew up? Is she a vampire? Because I definitely saw her walk up the planes’ stairs like she was effing Richard Nixon in the movie ‘Dick’ (because none of those events happened in real life).

So now we possibly have a dead Victoria, a dead Charlotte Grayson (the daughter of Vic and David Clarke – and the sister of faux-Emily), an angry Daniel, a pregnant faux-Amanda, a murderer who blows up planes, AND the known fact (thanks to Nolan) that Amanda’s mother is still alive! There is so much more to learn… but we will have to wait… until Fall.

Addicted yet? Because that is, like, the world’s shortest summary of Revenge ever. You ain’t seen nothin’ yet. So as I said, find a way to watch all of season one before Fall. You won’t regret it. Bring on season two! 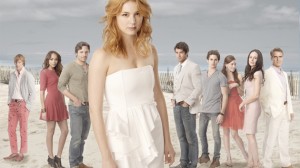