Welcome back to So That Happened: Your Weekly News Round-Up where, like snapping turtles laying eggs under the cold beach sands, we apply this week’s headlines directly to your face. Let’s get to it!

It’s Friday, which means our nation has endured yet another mass shooting this week–this time at the Navy Yard in Washington DC. Thirteen people died including the shooter, Aaron Alexis, who had been working at the Navy Yard as a contractor. Alexis had a history of mental illness and gun-related arrests, but was still able to legally purchase a gun shortly before the shooting. If we define a mass shooting as any incident where four or more people are injured or killed by gun violence, we’ve had 250 mass shootings in the U.S. this year (update: make that 251). Feel free to join me in saying:

Meanwhile on Monday, a salvage team off the coast of Italy righted the 114,000 ton cruise ship Costa Concordia, which had been lying on its side since it capsized back in January 2012 (no laughing matter–32 people died and 2 bodies have yet to be found). A salvage operation of this magnitude had never before been attempted, meaning people (like me) all across the world spent a full 19 hours watching live feeds of the process just in case the entire ship broke in half, spilling a toxic mixture of chemicals and rotting food into the ocean. Fun (and tantalizing!) fact: there are 18,000 unopened bottles of wine still on board. If you like post-wreck carnage, here are some great photos.

On the other side of the planet, parts of Colorado have basically been washed away. The flooding, caused by torrential rainfall that began last week, has destroyed at least 1,800 homes and killed seven people in the Larimer and Boulder county areas. Residents are finally starting to return to their homes, but cleaning up will be a long process. The GIF below shows before and after photos of the area to give you an idea of the disaster’s scale.

A message for all of our gun-carrying caffeine-addicts out there: Starbucks doesn’t want you to bring your firearms into their cafes anymore! Starbucks Chief Executive Howard Schultz, who made the announcement Wednesday, has qualified the decision, saying that though baristas will continue to serve people carrying weapons, he hopes that customers will honor the request on their own and leave their guns behind. The move is in response to the growing debate between gun-control and gun-rights advocates who have  increasingly placed businesses in the middle of a messy argument.

Oh, and FYI, teenagers are still getting drunk. A new study shows that even though teen drinking is down overall, binge drinking is still disgustingly popular. Among the high school seniors surveyed, 20%  reported drinking five or more alcoholic beverages in a sitting, 10% reported drinking 10 or more drinks, and 5% reported drinking (OMG this is horrifying) 15 or more drinks. Just ugh. Remember when you could have like 8 drinks in a night and wake up the next morning feeling refreshed and ready to tackle your day? Haha…teens. Just wait till you hit your late-twenties and can’t have two rum and diets without spending your entire Saturday on the couch clutching a Gatorade and watching reruns of House Hunters.

That’s all for this week! Get excited for NEXT Friday when we will (probably) be discussing our impending lack of government! 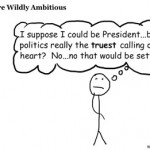 Confessions of a Gen Y Yuppie: Why I’m Not Happy 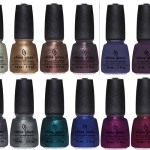