Welcome back to So…That Happened: Your Weekly News Round Up where, like Halloween on a Tuesday, we get you all worked up over things you can do nothing about. This week’s edition is brought to you by the potential Hocus Pocus sequel. Enjoy!

First up, Americans were pretty chill when we found out the NSA had been spying on us for almost a decade, but do you know who’s not cool with it? German Chancellor Angela Merkel and most of the 35 other foreign leaders that the U.S. has been wire tapping recently. Chancellor Merkel was so salty the US was listening to her cellphone convos that she rang up President Obama to bitch him out.

Obama responded that the NSA has never tapped the cell phones of foreign leaders and even if maybe they did they totally won’t do it again. Nevertheless, Auntie Angela called the allegations “unacceptable” and then sent the President to his room. She and French President Francoise Hollande are pushing for new rules to regulate US intelligence operations to keep this kind of thing from happening again.

On the whole, President Obama has been having a tough week. Not only is he getting yelled at by most of Europe, but he’s also dealing with the most disrupted IT glitch since Gmail went down. To summarize, healthcare.gov, the online marketplace where Americans can search and sign up for insurance coverage, is a barely functioning disaster.

The contractors hired to create the site testified in front of the House Energy and Commerce Committee on Thursday that last-minute changes by the federal government and a lack of testing caused the problems. Republicans used the website’s failures to further attack Obamacare and some Democrats are beginning to support extending the enrollment period past the current March 31st, 2014 deadline. For his part, President Obama said he was initially unaware of the problems with the exchanges, but now that he knows is just as grumpy as the rest of us.

Coming to us from the “Why God Why” Department at So…That Happened, we have two school shootings to report. The first occurred last Monday in Nevada, where 12 year old Jose Reyes injured two classmates and killed a math teacher before shooting himself.

The second occurred on Wednesday in Massachusetts, where a 24 year old math teacher was allegedly stabbed to death by a student and left in the woods behind the school. No motive has been released, but police did say the teacher asked the student to stay behind after class to help him with test prep. Fuck it, amiright?

While we’re on the subject of children, let’s also discuss the potential witch hunt (ha!) brewing (ha! ha!) in Europe over the discovery of a six year old girl, Maria, in a Roma gypsy camp in Greece. The blonde-haired, blue-eyed girl was removed from the camp because she looked so different from the people claiming to be her parents. It was later revealed that the child was given to the family by her biological mother, who could not afford to care for her. Though the Maria Mystery seems to be solved, the story raised concerns about child trafficking, the treatment of Roma children, and potential discrimination toward the Roma people as a whole. Who the heck are the Roma? Glad you asked.

Finally, a sports update for the 2.3% of the US Population that actually follow the MLB postseason: the 2013 World Series pits the “Wait, is that where that arch is?” St. Louis Cardinals against the “Why Do All These Players Look Homeless?” Boston Red Sox. The ESPN noise machine says this is going to be a good series, but on a more important note, fuck the Red Sox and fuck Boston sports in general. Here’s what Red Sox fans look like to the rest of the country:

That said, I’d be negligent if I didn’t point out that no one cares about baseball except like 5 people in St. Louis and all of the Boston sports media. I present the following: Game 1 of the series on Wednesday scored 14.4 million viewers, making it the most watched program of the evening. The 2013 Superbowl, however, pulled in 108.4 million viewers in one (admittedly, Sunday) evening. Yes, I am aware the World Series can be 7 games. But even if they pull in a top viewership of 14.4 million viewers per night for 7 games, they’d still score fewer viewers than the Superbowl. Moral of this story is:

Thanks for joining us! Until next week:

Halloween Costume Ideas for a Girl of the 90’s 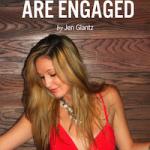 Quarter Life Crisis Problems: All My Friends Are Engaged